Gennady Korotkevich, a Master's student from the Department of Computer Technologies at ITMO University and a two-time champion of ACM ICPC, has won the competition Yandex.Algorithm for the fifth time. He was also the only participant to complete all the tasks of the competition. 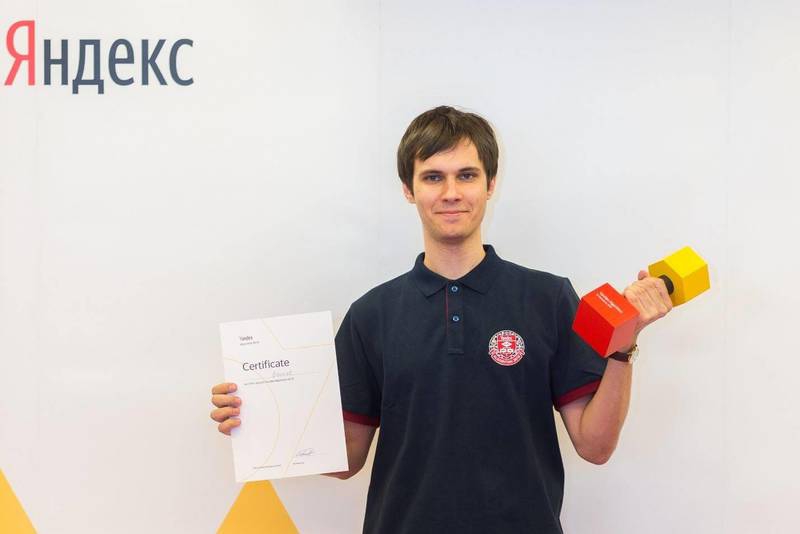 “We congratulate Gennady Korotkevich (tourist) on winning Yandex.Algorithm,” - this phrase has now been said for the fifth time at Yandex Algorithm. A multiple winner of various programming competitions, Gennady Korotkevich has participated in the Yandex competition since it first began in 2013. Since that time, the only year he didn’t win was 2016.

More than 11,500 people submitted an application to participate in this year’s Yandex.Algorithm. Majority of them (70%) were from Russia. In second place in terms of the number of applications was Belarus, followed by India and Kazakhstan. Participants from a total of 114 countries, including USA, China, Egypt, Peru and Morocco registered for the championship.

The final round included 24 participants from Russia, Belarus, Japan, Latvia, Poland, China, the USA and Ukraine. Alexey Danilyuk from the Higher School of Economics took second place, and third place was taken by Mikhail Ipatov, a student from Moscow State University and also a champion of ACM ICPC-2018.

The algorithmic track of the competition involved the solution of six problems in 2.5 hours. The solutions submitted were verified during the competition. Participants submitted their solutions into the contest system as soon as they were ready with the help of the software provided. Each solution was checked by automatic tests, hidden from the participants and identical for all of them. The solution was accepted if it passed all the tests.