On June 28, the Association for Communication in Education and Science (AKSON) announced the most successful science communicators in Russia. Among the awardees are the staff of the National Research University Higher School of Economics and the authors of the Chrdk educational project. The awards ceremony was held at ITMO University as part of the third Forum of Science Communicators. 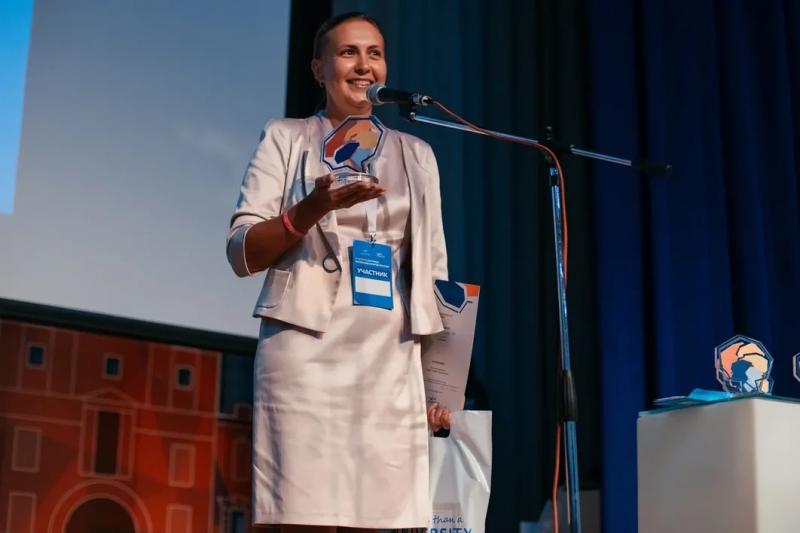 The third Forum of Science Communicators took place at ITMO University on June 28 and brought together science journalists, science communicators, media relations officers and researchers. Participating at the forum were leading international experts, including Michele Catanzaro, a physicist and science journalist writing for Nature and The Guardian, Leif Lønsmann, Denmark’s senior media advisor, and Egor Zadereev, the head of science communication group at Krasnoyarsk Research Center, to name but a few.

The Forum of Science Communicators is organized in collaboration with ITMO University, the 2018 Grand Prix winner for the best communication laboratory. This is the first professional award in the field of science communication in Russia. The expert board, comprised of the leaders of the industry, assesses research and educational organizations in terms of their contribution to the promotion of science in the news and social media in the course of a year.

The Communication Laboratory award is given out in several categories: “Experiment”, which recognizes the best practices in the field of offline communication such as lecture courses, sci-pop events, etc., this year it was awarded to the Karelian Research Center of the Russian Academy of Sciences; “Superfluidity”, which was given to the Siberian Division of the Russian Academy of Sciences for achievements in communication channels control; and “Participation effect”, which was awarded to Lomonosov Moscow State University for promotion of scientists in the media.

“Today we’ve heard from our colleagues that science communication is not only about research but also about stories. It’s very important to understand your audience’s needs and interests and speak to their hearts. Some 12 years ago, we at the Higher School of Economics started telling stories about the university. While some universities didn’t even have a website, we published texts about our researchers. Back then, we focused solely on humanities, but now we teach highly-qualified specialists in natural sciences as well. It’s to further develop our competencies in this field that we run our research and educational portal IQ.hse.ru. It’s there that our authors can bring up some marginalized topics, that is something about which researchers haven’t decided yet if it’s science or not. For example, movement studies. How do you study something like that?” shares Lyudmila Mezentseva.

Apart from that, the awards ceremony featured the presentation of the Rusnano Russian Science Writer of the Year prize for the best science journalist in Russia. Awarded for the first time, the prize is run by the Association for Communication in Education and Science in collaboration with the Rusnano Foundation for Infrastructure and Educational Programs and is, in fact, the Russian round of the international contest European Science Journalist of the Year. Authors from a total of 25 media portals submitted their applications to this year’s competition. The main prize went to the authors of the text “Where Zmei Gorynich Lies” (in Russian) published on the Chrdk portal. One of the authors, Evgenia Shcherbina, will attend the World Conference of Science Journalists in Lausanne, Switzerland.

Next year's Forum of Science Communicators will probably be held at the  Higher School of Economics. The full list of this year's winners is available here.