The architectural plan for the ITMO Highpark innovations center has been shortlisted for the 2019 World Architecture Festival Award. A total of 534 projects from 70 countries made it to the list of potential winners, competing for the Grand Prix and the title of “Building of the Year”. 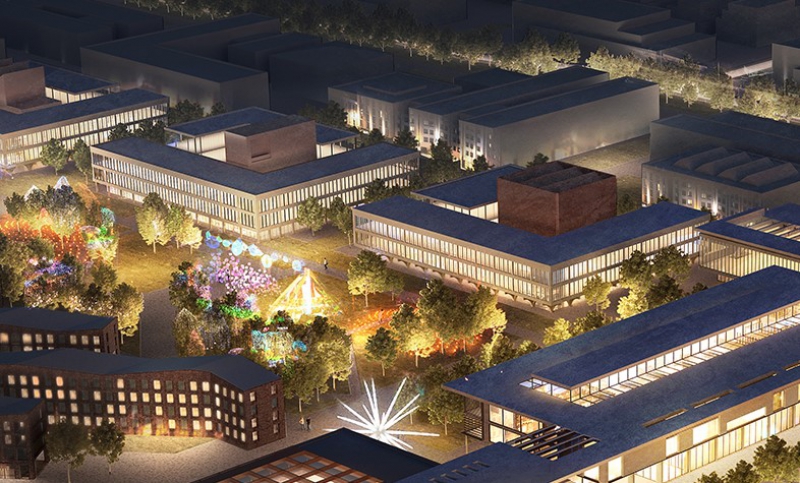 Established in 2008 and considered the Oscars of the architectural world, the World Architecture Festival Award (WAF) brings together architects, manufacturers and clients from over 60 countries. Some 1,000 applications in 33 categories are submitted to the festival every year. All the applications are divided into three big groups: completed projects, future projects, and landscape design projects. Among the main categories are culture, healthcare, education, architectural solutions for offices and the entertainment industry, to name but a few.

What is also remarkable is that this year’s WAF shortlist features more projects from Russia than ever before. Compared to last year, 38% more applications were submitted. The full list of shortlisted projects is available here. A few months ago, RTDA won the prestigious A’ Design Award & Competition for their concept of the new ITMO University campus.

The finalists will present their projects to the jury at the World Architecture Festival which will take place in Amsterdam on December 4-6, 2019.

The RTDA architectural bureau (formerly BRT RUS) was founded in 2004 as a joint venture by INTECO Group and the German architectural bureau BRT Architekten to develop residential and commercial real estate projects in Moscow and regions of the Russian Federation. RTDA specializes in architectural and urban planning, as well as complex analysis of urban development issues and improvement of public spaces. The bureau’s portfolio includes such major projects as the development of Imereti Lowlands for the 2014 Olympic Games in Sochi, the design of a new residential district in Mumbai (India) and others.