Why technologies matter but maybe not so much, what inspires the creative youth of today, and how better to use lighting designers’ main tool of trade: these are some of the questions ITMO.NEWS asked the students and graduates of ITMO University’s Master’s program in Lighting Design. Their innovative projects were selected as art residents of this year’s international festival “Light Nights in Gatchina”, which will take place on August 16-17. 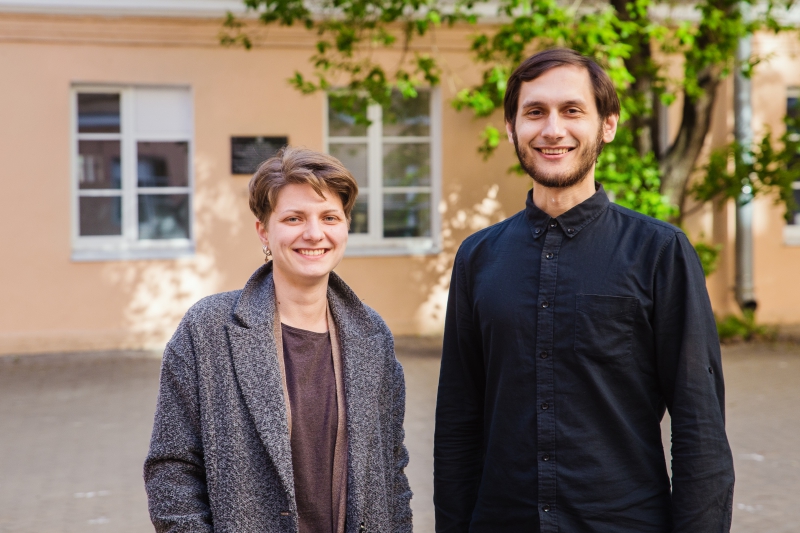 This year marks the third time that students of ITMO University’s Master’s program in Lighting Design participate in official selection of the international festival of light art “Light Nights in Gatchina”. Many of them have managed to defend their theses, begin their career as lighting designers and even win the festival along the way.  For example, the main award in last year’s festival’s “Light Installations” nomination went to Esc, a work by a Lighting Design grad Maria Kobyakova and a creative collective of young architects, artists and lighting designers Haptic Team.

They spent the 100K award on setting up their own studio. The same prize awaits the 2019 winner of the Light Installations category. After participating in “Light Nights in Gatchina”, the team partook in three other major industry events: the Circle of Light in Moscow, Intervals in Nizhny Novgorod and Wonder of the World in St. Petersburg. Right now, the team’s sights are set on Videomapping, the second nomination of the Gatchina festival. Applications are admitted before June 30, 2019; the winner will receive an award of 50,000 rubles.

“Last year’s festival became a real springboard for our team. It was there that we met our first clients, with whom we have been working ever since. Our team was formed in the lead-up to the competition: we met at a free course on visual programming in the Kvadrat youth center,” says Maria Kobyakova. “Having test-driven our AR technology in Gatchina, we continued to work with it on other festivals too. Participating in “Light Nights in Gatchina” is a very valuable experience that gives you an opportunity to experiment, to create something new and immediately get the audience’s feedback. We’re once again planning to make use of this opportunity this year, and trying our hand at a new field while at it.”

The theme of this year’s official selection competition, Reflections, is in itself a reflection of the festival’s main topic: Water. From all 80 applications submitted, 19 were selected to present their projects at the festival, 14 of them from St. Petersburg. Others represent the Russian cities of Izhevsk and Moscow, as well as Italy and the UK. Both individual authors and creative collectives can take part, with age as the only caveat: participants should be no older than 35.

This year’s festival also boasts a revamped jury lineup, which was joined by new names from the Russian and international art, lighting design and interactive media communities. These include Denis Astakhov, CEO and production director of the international immersive communications agency Avocado Toast, Anastasia Kuryokhina, director of the Kuryokhin Center of Contemporary Art, Liza Savina, eminent Russian art curator and critic, Carole Purnelle, director of the Lumina Festival of Light (Portugal), and Caspar Lootsmann, art director of the Wandering Lights Festival (Estonia). All in all, the contestants’ works were evaluated by 27 judges. Among the projects selected are two installations by first-year Master’s students and one by a graduate of ITMO’s Lighting Design program. The projects will be implemented as part of an art residency that is to take place on August 7-15 on the premises of Gatchina Park, all to be presented to the audiences on the two days of the festival, 16 and 17 August 2019.

First-year student of the Lighting Design program Lyubov Angelova will present her light installation “Orthomolecule”. A designer of architectural environments by her first education, she will joined by two of her fellow students, Dmitry Ingi, a bachelor in laser technologies, and Alyona Khvatova, an architectural designer, to implement her original concept.

The author sees water as integral part of the living world, ensuring that the latter works as one single organism. Water carries information and thus can reflect people’s lives in its structure. This idea forms the crux of the project. Orthomolecule represents a dynamic interactive structure six meters in length and consisting of six two-meter mirror triangular prisms. Atop each prism is an architectural projector that spills light on the mirror planes of the opposite prism.

Effecting a coordinated rotation of all six prisms, the spectators can create a hexagonal molecule of frozen water, a snowflake. This breaks the mold of the usual human-object interaction, engaging interactions between people that participate in the art performance. Each participant has a choice: either to maintain the overarching order or plunge it into chaos.

“What’s important for me are the idea, the image and the artistic language. I don’t really use technologies in my work that much. That is because firstly, by themselves, technologies are not enough to impress people these days. Secondly, there’s this influence of my background and studies on the Lighting Design Master’s program. It’s crucial for us designers to be able to express our ideas in a simple way and with as little means as possible. There is a compelling rationale behind this even from the field work standpoint. I can attest to that myself, having participated in the last-year’s festival art residency,” explains Lyubov Angelova.

Another first-year student of the Lighting Design Master’s program to present an installation in Gatchina, Mikhail Andreev, believes that it is the artistic purity of images and the simplicity of the interaction between people which the former elicit that lets the author’s design and the beauty of the light’s artistic language shine. Especially in the framework of a light art festival, where participants don’t usually have much time to spend on each art object on display. Much as Lyubov Angelova, in his work, Merging In, the student chose to focus on the idea rather than the technicalities.

“Many art competitions today hold the artistic solutions on display to a very high technological standard. I’m not against that; I think it is important for an artist to know their way around modern technologies, but with the condition that technology doesn’t come before ideas. The hype will soon pass, and we’ll enter a new, user-oriented level where artistic ideas will be serving people rather than technologies. The first cues are already there, in the works of such Western artists as Olafur Eliasson, Rafael Lozano-Hemmer, and the British teams United Visual Artist and Jason Bruges Studio,” comments Mikhail Andreev.

He invented the concept for his installation together with his brother Alexander, whom he also studied with at the St. Petersburg Stieglitz State Academy of Art and Design. Their idea was inspired by the ready availability of opportunities the modern era offers to anyone wishing to leave their mark on the wild-west information space that is the internet. Merging In expresses this through the intricate play of light and shadow the artists create with the simple tools of architectural lighting and flecks of light on water, which, reflected off the walls of the surrounding screens, subtly prompt spectators to take a selfie.

“A photograph is a reflection of the person it was taken of. We’d like our installation to capture the reflections of people in the environment that isn’t natural but rather created for them by themselves. That’s why we decided to create apposite conditions whilst clearing the space of prevailing narrative, for the spectators to be free in their choosing to immerse into the study of the installation’s abstract objects or to take a photo and expand the work with new discourses,” shares Mikhail Andreev.

A more technologically complex installation is Stardust, which was developed by Valeria Molodovskaya, a graduate of the Lighting Design Master’s program and seasoned participant of the “Light Nights in Gatchina” festival. It was there that in 2017, whilst still at the university, Valeria displayed the installation “Moon Water”, which she worked on together with Kirill Shampritsky, Dmitry Chukhin and Nikita Paschenko.

“Stardust is a symbol of the magical world, an illusion of a fairy-tale tree cocooned in ethereal pollen. This image can become both a strong accent and a some kind of gateway to a mysterious world. An artist’s main task here is to create the feeling that this is natural phenomenon that always existed in this environment, it’s just we didn’t notice it before. I hope that our work will resonate with the audience not only because of its content but also the interactive component, because what I’m aiming at with this installation is to immerse a spectator in this world we created,” explains Valeria Molodovskaya.

The full immersion effect will be implemented via special audio and video content, which will be projected on the grass, trees and all surrounding objects with the projector Panasonic PT-DZ21K2E and the lighting device LEDWASH-CITY-COLOR. Helping Valeria bring her idea into reality are ITMO graduate Valeria Lukinskaya, second-year Master’s students Yan Koval and Ekaterina Svyatlovich, and invited specialists in the fields of engineering and applied technologies Artyom Smirnov and Ivan Andriyanov.

You can learn more about the “Light Nights in Gatchina” festival on its official website.