Klim Gavrilov, a second-year student of the Faculty of Software Engineering and Computer Systems, is a gold medal-winner of the FIA Motorsport Games. The event, best described as the Olympics of motorsport, took place from October 31 to November 3, 2019 at the Vallelunga circuit in Italy. Klim Gavrilov competed – and won – in a racecar adorned with ITMO University’s logo. 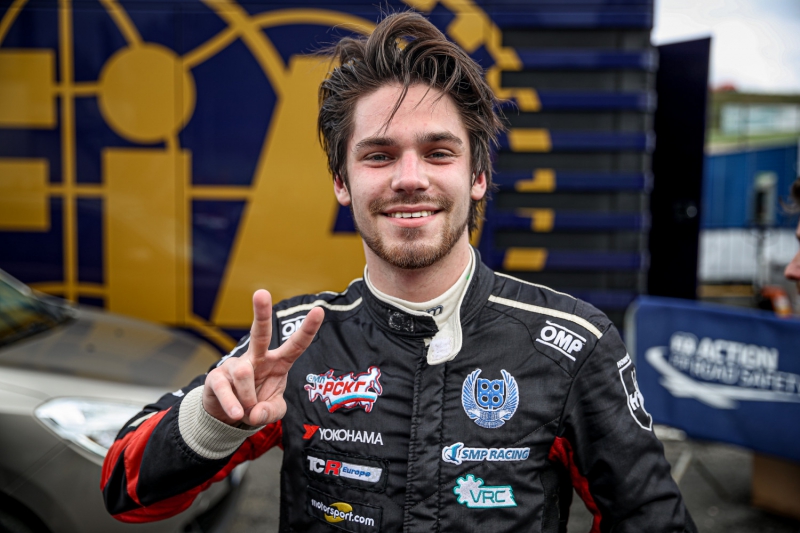 The FIA Motorsport Games were devised by the Fédération Internationale de l’Automobile (International Automobile Federation) as a counterpart to the Olympic Games in order to showcase the development of national racing teams. As of today, motorsports are not included on the list of Olympic disciplines, although they were part of the 1900 and 1908 Games. During the 2019 FIA Motorsport Games, 192 drivers arrived to represent 49 national racing teams.

The drivers compete in six categories, including drifting, karting, simulation, and others. The Vallelunga circuit in Italy was chosen as the event’s main venue.

ITMO University student Klim Gavrilov raced in the Touring Car Cup, his Audi Sport adorned with the Russian flag and ITMO University’s logo and motto. Those vying for the Touring Car Cup spend a total of over three hours on the racetrack: that includes two practice sessions (30 minutes each), two qualifying races (30 minutes each), and two final races (30 and 35 minutes). Per the conditions of the event, each country must be represented by a driver who has not participated in any global touring competition in the last three years.

Drizzling rain and persistent competitors did not stop Klim Gavrilov from finishing the race in the first place. The competition was indeed toe-to-toe, as he succeeded over his closest competitor with merely a 0.1-second advantage. The silver medal went to Belgian driver Gilles Magnus, and the bronze to Slovakia’s Maťo Homola.

19 years-old Klim Gavrilov says he’s been racing since he was 13. Earlier this year, he finished third in the 2019 Russian Circuit Racing Series.

“It’s a great feeling to win a gold medal for Russia! This is a big and important event, so I’m delighted to have won and helped the team in the medal table,” he says in a comment for the event’s official website.