Natalia Kanaeva graduated from ITMO University in 2014. A business analyst by trade, Natalia says that she has two jobs, her career and football, which she treats with equal responsibility and dedication. In this interview with ITMO.NEWS, the graduate talks about the role ITMO played in her life and what it takes to successfully combine sports and career. 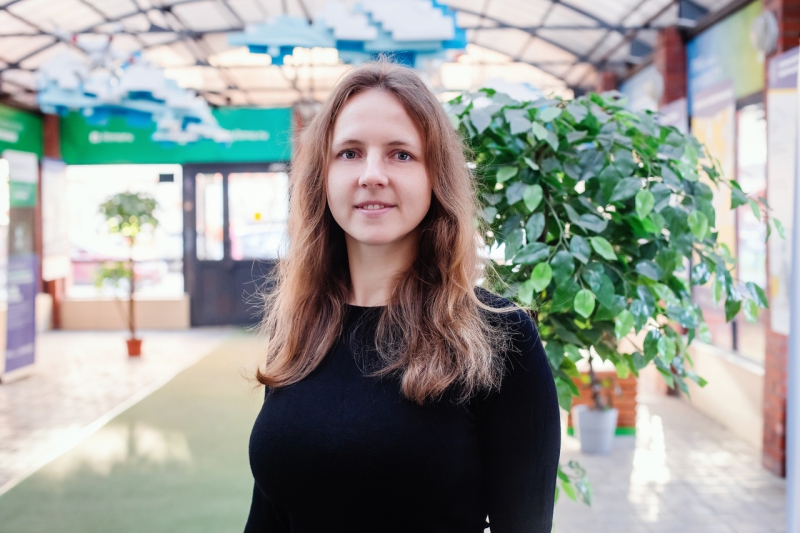 What degree did you pursue?

In 2008, I entered the Natural Science Faculty, from which I later graduated with a Master’s degree in Information Systems and Technologies. After university, I landed a job in my degree field. I can say that I’m really glad that I received such a high-quality education, which allowed me to get a very prestigious position.

Do you still work there?

No, I’m now looking for a new place. But I don’t think that I want to switch to another field.

Why did you quit your last job?

It seemed to me that there were too many dull, routine tasks. I think that this is why most ambitious people who want to move forward in their career change jobs. It’s only natural.

To be honest, after finishing school, I didn’t really know what to do next. I didn’t even fully understand if I was a STEM or a humanities kind of person. This is why when my dad suggested I choose ITMO, I didn’t hesitate much. When picking a major, I opted for something that wouldn’t be either technical or humanitarian and would fall somewhere in between. And I didn’t regret my choice.

What is your most vivid memory of your university years?

I think that would be taking part in the Miss ITMO competition. The best thing about it was all the support that I received along the way from my groupmates. Even though I didn’t win, it helped me meet lots of new friends, establish useful connections and acquire new skills. Among other things, I learned to do catwalk modeling and became more confident.

Was it at university that you realized your interest in football?

Yes. It was in my second year that I went to Yagodnoe to participate in a tourist rally. There, I took to playing football with boys just for fun. This is when Vladimir Rekin from ITMO University’s Physical Education Department noticed me and came over. Back then, there was no women’s football team at ITMO, while at other universities there had already been lots of girls who played football. So Mr. Rekin decided that it was time to create such a team at ITMO as well. The first team was made up of the members of the university’s women’s floorball team, and I was invited too. Later on, one of my teammates, Anastasia Mokicheva, invited me to train with an amateur women’s football team she was part of. The team was coached by Ivan Kanaev. It so happened that I not only discovered the world of football but also met the love of my life. In 2010, our coach decided to try beach football. We didn’t know a thing about it and it took us some time to grasp the basics and learn to play it, but it’s this kind of football that we specialize in now.

Did you do any sports before university?

I liked lots of different things when I was a school student, including swimming, basketball, athletics, and football.

Role of sports in life

Natalia, you’re now looking for a job. Is it important for you to have the opportunity to play football at your new place of employment?

Of course it is. To be honest, I don’t really see my life without football. I’ve even thought about working remotely, as this way it would be easier to make it all work.

How did you manage to find time to do sports while working a desk job?

I trained every evening after work and spent all my weekends and vacations taking part in competitions.

What competitions have you taken part in recently?

This October was super busy. First, the 2019 World Beach Games in Qatar, and then the World Winners Cup, held in the Turkish city of Alanya, where we took first place. Right now, we have three months of rest ahead of us.

What I like about it is that in order to do it right, one needs to possess certain acrobatic skills. Apart from that, beach football is very entertaining. What is also cool about it is that sand is much more comfortable to fall onto rather than grass or hardwood, and there is music played during matches.

Natalia, what role do sports play in your life?

In fact, I don’t really know how my life would have turned out if I hadn’t started playing football at university. This is what defines me as a person. For me, it is much more than just a hobby, it’s my second full-time job. And I’m happy to have it in my life.