Last week, the Association of Student Sports Clubs of Russia (ASSC) celebrated its fifth anniversary and organized the National Forum of Student Sports Clubs, which took place in St. Petersburg and brought together 1,000 participants from 73 regions of Russia (250 universities). During the course of a week, they discussed ASSC’s development strategies and the future of student sports in Russia and chose the best student sports club. ITMO University’s club KronBars topped the ranking. 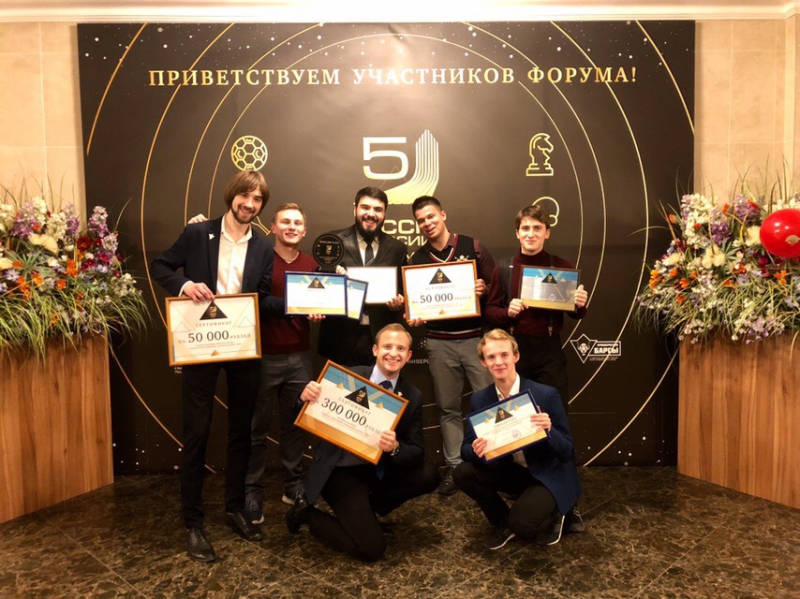 The Forum’s participants were offered to discuss the issues of further development of student sports in Russia and answer the question of what can be done to facilitate this process.

According to Vyacheslav Morozov, the Chairman of the Association, to understand what needs to be perfected, the Forum’s organizers should listen to the people who’re directly involved in the clubs’ activities, namely their staff and students.

“Within the Forum, a competition for the best student sports club was held. The majority of the participating clubs were created after 2013. We can see the dynamics of their development with their logos starting to appear, their audience growing and the competition between the clubs increasing,” shares Vyacheslav Morozov.

During the Forum, the participants had several tasks to solve. First, they had to come up with a strategy of ASSC development until 2025 based on the results achieved by the Association over the course of the last five years. They had to take into account the interests of all parties such as the Ministry of Sports, the Ministry of Science and Higher Education, sports federations and leagues. When the Forum came to an end, the participants presented their final resolution featuring their main ideas.

Among the key points mentioned in the resolution were organizing sports events for disabled people, as well as universities’ academic and research staff, developing the clubs’ branding strategies, and creating a unified digital platform which would bring together all Russian student sports clubs.

A total of 1,000 people applied for participation in the Forum, 600 of which came from the regions outside Moscow and St. Petersburg. ITMO.NEWS talked to the participants to find out the current trends in student sports development in the Russian regions.

The Polytechnic Student Sports Club is a real veteran among student sports clubs; it has been open since 2007 and is a member of ASSC since its very foundation.

The Forum turned out to be a very large-scale and extremely useful event; there were many interesting educational programs I learned about, which I’ll definitely share with my students when I come back to Khabarovsk.

In my opinion, one of the most important achievements of the Forum is the determination to assist people with special needs. I think that such students shouldn’t be put aside, and it’s our responsibility to make them interested in sports. There are quite a lot of such students at our university, and we’d like to start working with them.

This September, our club turned two years old. We are not completely new to student sports but we still have a long way to go to catch up with some older student clubs.

This Forum was my first time taking part in a large-scale sports and information event, and I found it really interesting and useful. Among the things I liked the most were the lectures on creative thinking.

In my view, the most important part of the resolution has to do with the cooperation with the ministries. I believe that if student sports clubs receive state funding, they’ll be able to develop faster. Another crucial part of successful development is the cooperation with sports leagues, however, it’s not that simple. For example, we have hockey players at our university but we don’t interact with them. But now, after an agreement between the Association of Student Sports Clubs of Russia and the Hockey League has been signed, we can see each other’s potential and start cooperating.

Our sports club has existed since 2014. When we just started, we looked like aliens to many people, as they didn’t fully understand the concept behind the student sports movement, though already back then, it was very popular abroad, for example, in the US. Five years have passed since the foundation of ASSC; things are gradually getting better, but we still have work to do. The Forum serves as a great platform for sharing knowledge and experience: this is incredible how many simple yet brilliant ideas were voiced during the event.