“I Did It Because I Could”: ITMO Alumnus Donates 800 Respirators to St. Petersburg Hospital, Buys Laptops for School Students

In early April, the coronavirus epidemic caused schools in St. Petersburg to adopt a distance learning format. It became clear then that some 17,000 school students had no access to devices that would let them continue studying from home. Maksim Gavrilov, an ITMO University graduate, responded to the call to help students from low-income families by purchasing 54 computers. Before that, he donated over 800 respirators to the St. Petersburg Hospital №2. His own explanation is simply that he could help. We got in touch with Maksim for a chat about solidarity in times of the pandemic, his times at ITMO, his business, and how to maintain a proper workday in self-isolation. 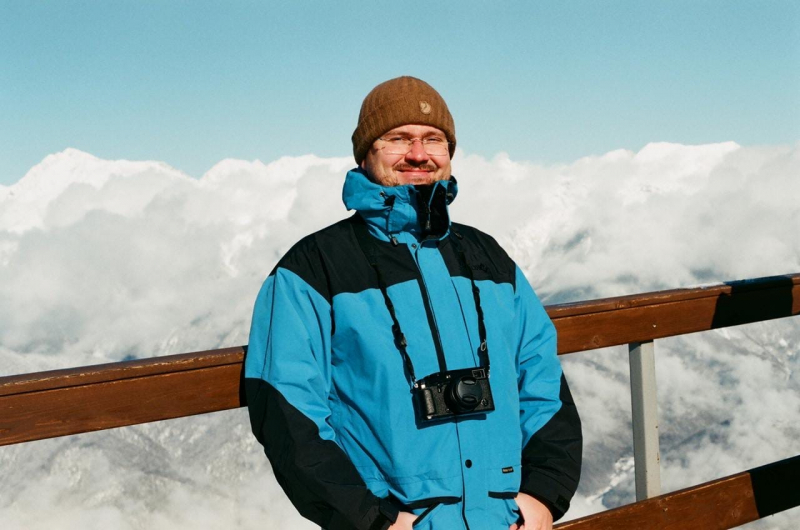 Many of us learned about your initiative after it was shared by Anatoly Shalyto (a renowned professor of ITMO University’s Information Technologies and Programming Faculty). How did it start?

I read the news about St. Petersburg school students not having enough computers to study from home. After Governor Alexander Beglov asked people to donate extra laptops, it was in the media a lot. I knew I could help, so I called the hotline to find out what to do. Then I ordered a shipment of computers to be delivered to the city’s Committee for Education.

The hospital story is even simpler. A childhood friend of mine works there. Once I found out that his hospital is going into infection mode (a set of special anti-infection measures adopted by many of St. Petersburg’s medical facilities), I got in touch with him to see if I can help. He said that they have most of the things they need, but could do with additional protective equipment. I decided to send them respirators: better to have extra than to run out at the worst moment.

Not at this scale. I would donate a bit to different foundations; the largest donation was to the administration of the Volgograd Oblast, where I come from, after the bombing attacks there in December 2013. Of course, I always do my best to help my relatives and friends. I don’t mind helping if I know that my help would reach the right person. I’m uneasy about most charity organizations and foundations, which sometimes aren’t very transparent, so I try to work directly with those who need help. What’s happening now with schools and hospitals is as transparent as it gets, so I was quick to respond.

Are you planning any other help of this kind?

I’m hoping that the whole virus situation will run its course soon and that wouldn’t be necessary. But if the need arises – of course I would. I’ve told my friend at the hospital to call on me if they have any other issues. I’ll try to help to the best of my ability.

You graduated from ITMO over a decade ago. What was your reason for choosing this university?

In my final year of high school, I took part in the National Olympiad in Programming and won a Class II diploma. I remember well the spring evening when I got a call from Professor Vladimir Parfenov inviting me to join the Computer Technologies Department (now Information Technologies and Programming Faculty – Ed.) at ITMO. At the time, I was looking at universities in Moscow and didn’t even consider St. Petersburg. My business partner, Anton Belyaev, had the same experience.

Did you ever regret changing your mind about Moscow?

Not once in the past 20 years. I ended up studying for a total of almost 10 years: first, as a Bachelor’s student at the Computer Technologies Department, then for Master’s and PhD degrees at the Higher Mathematics Department, where I was invited by my research advisor Igor Popov. I’ve got plenty of good memories from that time.

What has the university given you?

The people: my dorm neighbors, classmates, professors. It was an amicable and mutually motivating community. I think that was the most important part. I’d extend a special thanks to my research advisor Igor Popov, who greatly influenced me as a person. I would say that even in my desire to help others I follow his example.

Are you staying in touch with your alma mater, then?

Right now, there’s a student of the Information Technologies and Programming Faculty doing his internship at our company, a very talented guy. Education was good in my time, but looking at him, I'm noticing even more progress. As for communication, professor Anatoly Shalyto gets a lot of praise for that: he still regularly calls all the graduates, asking how they’re doing. That’s really great.

So, what are you working on now?

Anton Belyaev and I have spent over ten years now developing apps for social networks and mobile devices. Our two offices now employ some 40 people.

Did you meet at ITMO?

We did. We’ve been working pretty much since the first day of the first year, when we were assigned to the same dorm room on Vyazemsky Prospect.

How did you launch your project?

That’s a funny story. I got the idea of starting my own business during a field trip with the university’s military department. Most of the guys in my friend group already had a business or were planning one, so it was a hot topic.

In 2007, Anton and I were about to graduate with Master’s degrees and decided to start our own social network. It took a year for us to realize that it would not be possible with our limited resources. In 2008, VK launched their Applications feature and we were among its pioneers. We had spent another year and a half without any profit; at the time, nobody really knew whether you could actually make money off this. It wasn’t easy. Anton likes to bring up how he spent the summer of 2009 wearing my shorts because he couldn’t buy a pair of his own. But then the social app market boomed and things picked up.

Are you working from home now?

Yes – we’ve got two offices in St. Petersburg, but both have been empty for the past month.

It’s said that IT and digital companies have the easiest time adopting this new format. In your experience, is that right?

To be honest, our results over the month have improved, if anything. I believe that happens because many employees are overworking. Unlike at the office, it’s difficult to set strict workday limits, so everyone tries to do as much as they can. Especially now with the quarantine and the lack of entertainment. Still, I believe that everyone needs rest, so I encourage others to maintain a regular eight-hour workday even at home.