The best ideas were submitted by the artists from the USA, Argentina, India, and South Korea. The winners will be able to work at ITMO University’s Art & Science residency and present their projects at a joint exhibition. 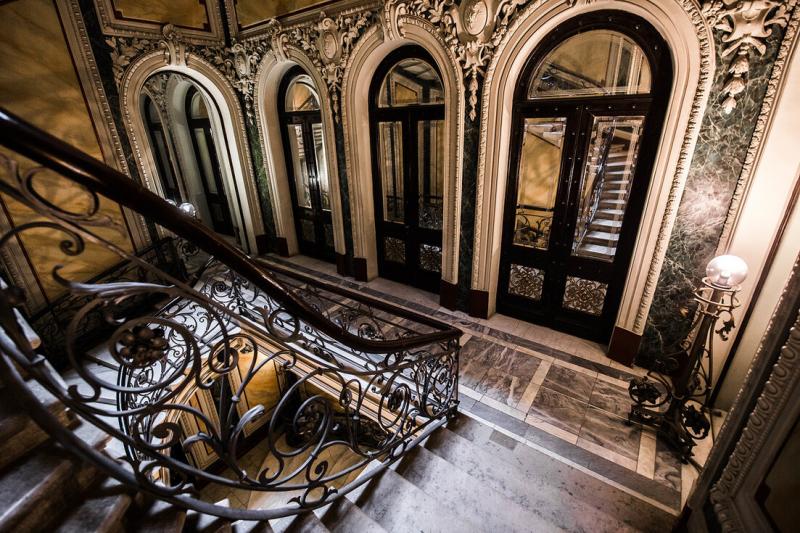 In spring 2020, ITMO University launched an art residency. At the same time, Art & Science Center announced an international open call in order to give artists who work with new media an opportunity to create their own project at the residency. A total of 90 artists from 33 countries took part in the competition, but only four best applications were selected by the jury. The authors of chosen projects can spend two months at the residency in order to complete their projects in time for a joint exhibition.

The Art & Science residency is a 172-square-meters venue that can serve as a workspace, art atelier, and an exhibition hall. It will be fully equipped for artists:  they will be provided with a separate workspace, including tools like a compressor for painting, an engraving machine, and a vacuum molding machine for creating molds from plastic. The residency is located at ITMO University’s campus on Birzhevaya Line 14.

The winners will be able to spend two months – September and October – at the residency. During this time period, they are supposed to implement the projects that they described in their applications. The artists will also cooperate with students and employees of ITMO University.

“We are planning for the residents to arrange open lectures, workshops, and other events, during which everyone can meet them and see what they are working on,” says Aliya Sakhariyeva, the head of the Art & Science Center.

The artists will be granted not only a workspace but also a compensation for traveling and accommodation in St. Petersburg, as well as additional funding of their project (if needed).

Out of 90 applications, only four were chosen. As it turns out, they all belong to artists from different countries. However, according to Aliya Sakhariyeva, the countries of participants’ origin and residence weren’t taken into account – an expert committee considered only their portfolios.

“Among the applications, 22 were submitted by Russian artists and 68 – by international artists. It was caused by the fact that the field of Art & Science is more popular abroad. We didn’t have a goal to invite only international or only Russian artists. The jury didn’t pay attention to these criteria in the process of reviewing the applications. So, we ended up with truly the best candidates,” notes Aliya Sakhariyeva.

All finalists are young but experienced artists with a great academic background.

She is interested in living and biological materials, politics and ethics of working with living materials and non-human and human bodies. Lyndsey Walsh has presented her works in Australia, the USA, and Germany, and was published in many international journals, such as X-Press, KALTBLUT, The Massing Lab, Studio XX, Goethe-Institut, CLOT Magazine, and Unbore Collective. Currently she works at the residency of the Department of Experimental Biophysics, Humboldt University of Berlin.

Laura Ige is an Argentinian artist with a degree in Fine Arts from the La Plata National University, Buenos Aires, and an “Arts in Public Spheres” Master’s degree from EDHEA, Switzerland. Her fields of experimentation include visual and sound arts, as well as popular, digital, underground culture and female identity.

Neo Christopher Chung is a South-Korean artist and scientist who lives in Poland. He graduated from Duke University, USA, with a degree in biomedical engineering, and also studied videography and new media. Now he is finishing a Master’s of Fine Arts at the Academy of Fine Arts in Wroclaw and working as an assistant at the Institute of Informatics at the University of Warsaw, where he is engaged in genomics, statistics, and machine learning.  As an artist, he works at the intersection between new media and computational science, producing visualizations, installations, and video art. His works have been exhibited and performed in the United States, Poland, and other countries.

Budhaditya Chattopadhyay is an artist, researcher, writer and theorist from India. He graduated from Satyajit Ray Film and Television Institute, India, specializing in Sound, completed a Master of Arts degree in New Media and Sound Art at the Aarhus University, Denmark, and received a PhD in Artistic Research and Sound Studies at the Leiden University, Netherlands.

Budhaditya Chattopadhyay works were presented at many international exhibitions and festivals in London, Berlin, The Hague, Copenhagen, Brussels, and Helsinki. He has an expansive body of scholarly publications in the areas of media aesthetics, sound art, contemporary media, cinema and sound studies in leading peer-reviewed journals, most notably in Organised Sound, Journal of Sonic Studies, SoundEffects, Journal for Artistic Research, Music, Sound, and the Moving Image, and some others. His installations and performances address urgent global issues such as the climate crisis, human intervention in the environment and ecology, migration, race, and decolonization.

Who evaluated the applications

The expert committee was composed of modern artists and international curators, including Dimitri Ozerkov, head of the Art & Science Master’s program and the director of the Hermitage Museum’s Department of Contemporary Art.

Among the judges there were also Tatiana Kurochkina, co-founder and president of Quo Artis foundation (an international project for support of artists working in the field of Art & Science), Olga Kiseleva, artist, professor and head of the Art & Medium program at the Sorbonne University, and the co-founder and director of the Aesthetic, Art & Science Institute at the French National Centre for Scientific Research, as well as media artists Helena Nikonole and Maja Smrekar.

According to Tatiana Kurochkina, the process of selecting the winners was absolutely unbiased: the decisions were based on the majority of votes.

“I personally have suggested only two winners out of four. The rest were chosen by voting, excluding me. I think it’s great when decisions are made by the majority. It was lovely to discuss each application with other judges and then choose the best ones. We have agreed upon the fact that the four finalists are very experienced, which gives us a certain guarantee that they will implement their projects in the best way possible. Another important criterion is how interesting the project will be for others: for ITMO students and researchers that will cooperate with the artists. I think we have made the right decision and have chosen the artists who will be able to create something unusual and appealing for everyone,” notes Tatiana Kurochkina.

The jury considered the general quality of submitted ideas to be quite high. They also note their diversity.

“Overall, the quality of the projects was great. It struck us that they all were very different, so we needed to find the criteria according to which we would evaluate them. As a result, we ended up with projects that are unlike each other: some are more related to bioart, and others – to IT. We liked the submitted ideas, but we will find out how great they are only when they will be finalized,” comments Dimitri Ozerkov.