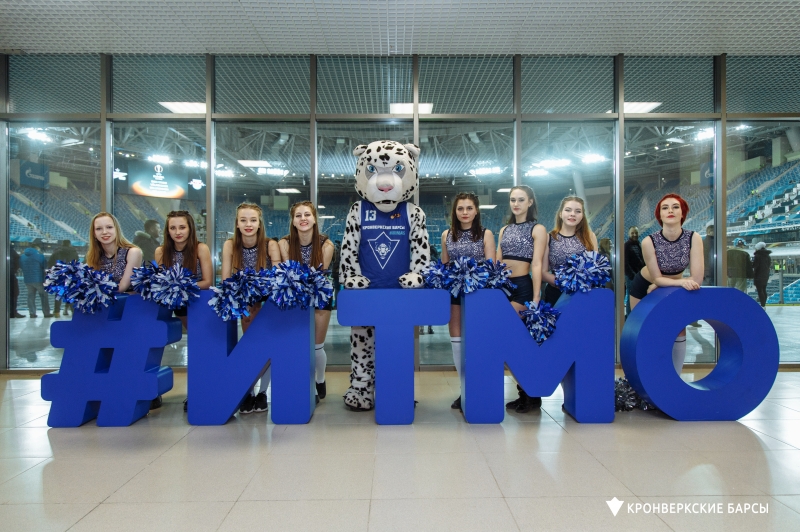 KronBars cheerleaders at the Fan Promenade

On the occasion of the Zenit FC fan-club’s re-opening at the university, an ITMO area is now open at the St. Petersburg Stadium’s Fan Promenade, in the foyer of bleachers section B. Here, visitors can play table tennis or air hockey, arm-wrestle, ride a virtual bike or watch a performance by KronBars’ cheerleading club.

While the area will be a permanent feature of the stadium, its format will change. The Fan Promenade will have a different theme for each game; for instance, one of the upcoming promenades will be centered around the topic of health, while another will focus on youth. Depending on each theme, the areas will change – ITMO’s included.

This year’s re-launch of the Zenit FC fan-club at ITMO is the community’s third launch. Earlier on, the club ceased its function due to internal restructuring; now, students and staff of ITMO University can once again take part in Zenit-affiliated events and initiatives.

“The fan-club’s main purpose is to popularize Zenit among the students and staff of the university and get them involved – be it by going to the games or just watching them live. Members of the club can win tickets to the football club’s games (raffles are held on the fan-club’s official VK page) or take part in events. Two years ago we launched the “Zenit’s 90 Good Deeds” charity project, in which the university took part. In some of the fan-club’s earlier initiatives, students visited stadiums, took part in exhibitions and student tournaments,” – commented Evgeny Raskin, head of ITMO's Department of Youth Policy.

ITMO University was represented at last Thursday’s game by 30 students – recipients of the enhanced scholarship. Among the visitors of the university’s area was also Pavel “pashka” Mavrin, one of our top students and winner of 2004 ACM Collegiate Programming Contest; the event featured a performance by the KronBars Cheerleading Club.