We continue our exploration of the exciting world of photonics and figuring out why thousands of scientists all over the world are so enthralled with this field. Covered by this third installment of our Crash Course in Photonics is a gut-wrenching story about evil criminals, brave photons and the power of quantum cryptography. 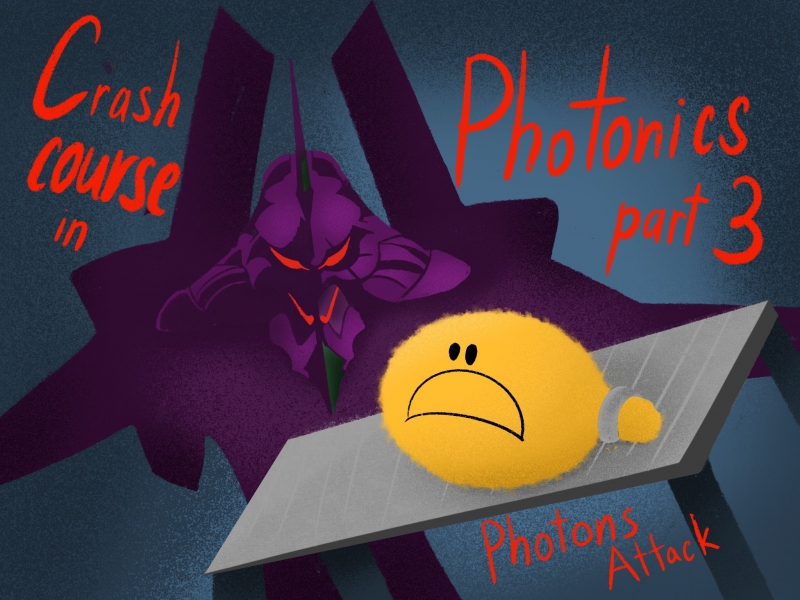 We have already written about Anton Kozubov many times. A year ago, he performed at a gig of the science standup project Quantum Potential, and, more recently, went to Canada to attend QKD Security Workshop, a highly prestigious event that brings together the best scientists in the field of security proofing of quantum key distribution. Here’s more on Anton’s trip and work.

Quantum computers, their operating principles and tentative time of appearance on the market were covered in the second part of our Crash Course. Scientists all have different views on when such advanced equipment will become widespread in use. Anton Kozubov, however, believes that we won’t have to wait long.

Quantum cryptography acts on the assumption that there is a hypothetical criminal that possesses the most powerful technology possible. According to the traditional approach to cryptography, they cannot be combatted.

Quantum cryptography is based on the laws of physics, according to which a photon’s state cannot be read twice: right after the first impact the photon’s state changes, causing any other consecutive attempt to lead to a different result, which will allow to momentarily detect any attempted intrusion into a communication channel. Thus, information that is transmitted in the form of one-photon laser pulses even via the existing communication channels is protected from being tapped into, and hacking of the system essentially contradicts the laws of physics.

“Before, for a set of different, more marketing-based, reasons people used to say that quantum key distribution guarantees the absolute strength of the information that is encrypted using these keys. But you need to understand that this is not true, that further still, this isn’t the task that quantum distribution of keys sets out to achieve. Its task is that over time, the strength of the keys generated by the system doesn’t change, unlike what happens in cryptography that we have today. There, the strength of a key decreases, sometimes even exponentially, over time, but our approach allows it to remain constant,” says Anton Kozubov.

“Any financial structure and government department is an example of the direct use of quantum key generation services. In addition to Austria and Switzerland, quantum encryption is also already used in China. In the next two years, this technology may appear everywhere,” continues Anton.

Storage of personal data is one of the main tasks and challenges faced by modern services. Quantum cryptography will help to minimize the number of cases in which important data either gets to criminals through their own efforts or as a result of the mistakes made by developers.