We continue to explore what makes photonics so cool – and why thousands of scientists around the world are drawn to this field. 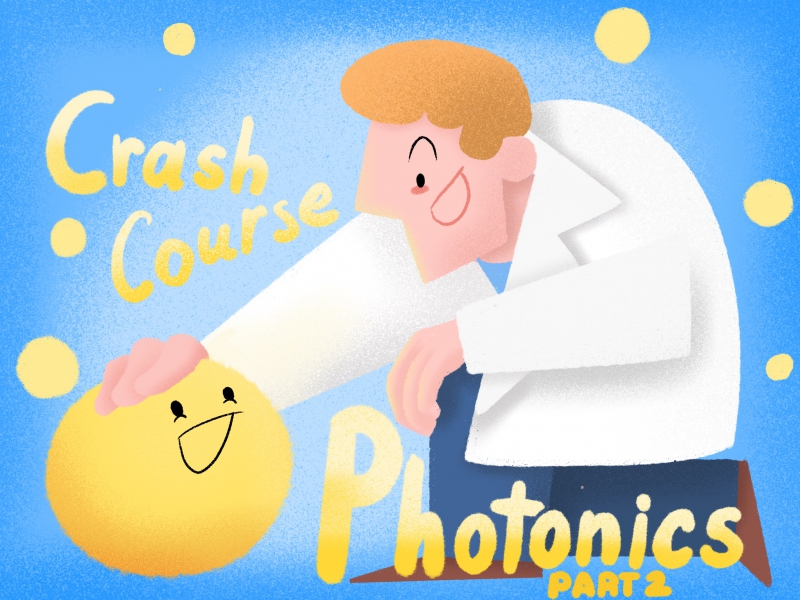 In the first installment of our crash course, we learned that the photon is an elementary particle capable of carrying electromagnetic force. Indeed, light itself is just waves of photons. Today, researchers use their knowledge of photonics to develop Li-Fi technology, a much faster alternative to Wi-Fi, as well as quantum computers. But in the case of the latter, things are not as easy as they may seem.

“Quantum computers are like football in Russia: everyone knows something about it and has something to say. But there’s a lack of in-depth knowledge. Firstly because it’s a complex subject, and secondly because new knowledge appears at a great speed. That’s why it’s important for us to review the current landscape and understand the stage at which quantum computation research is at,” says Ivan Iorsh, a researcher at the Faculty of Physics and Engineering and head of ITMO University’s International Laboratory of Photoprocesses in Mesoscopic Systems.

The scientist Oleksandr Kyriienko, an ITMO Fellow, also has something to say about NISQ-type systems.

“Today’s quantum computers have a narrow scope of application, but allow us to solve certain tasks very quickly. They let us, for example, understand the processes that occur inside molecules. Take the Haber-Bosch process, which we use to produce nitrogen at 2,000 degrees Celsius. But there is also a biological process that allows us to do the same at regular temperature and in normal conditions. But we’ve yet to learn how to use it because the molecules involved in the process are far too complex. If we could take a quantum computer and apply even the algorithms that exist today, we could decode the basic excited state of a quantum system, predict the reaction speed, and suggest new catalysts. This way we’d reduce the use of natural gas by two to five percent, which is actually an enormous amount of money."

You can read more about quantum computing here, here, and here.