In the spring of 2019, Ekaterina Kuznechikova from St. Petersburg State University of Architecture and Civil Engineering (SPSUACE) collaborated with the ITMO.Green club. In the process of this collaboration, she learned that ITMO University has its own sports and recreation center near St. Petersburg. The complex is called Yagodnoe and it now needs a beautification project. Ekaterina took this issue seriously and gathered an interdisciplinary group made of ITMO and SPSUACE students who conducted research in the recreation center, found weak spots and figured out how these can be fixed. Read on to learn about the implementation of the project and its results. 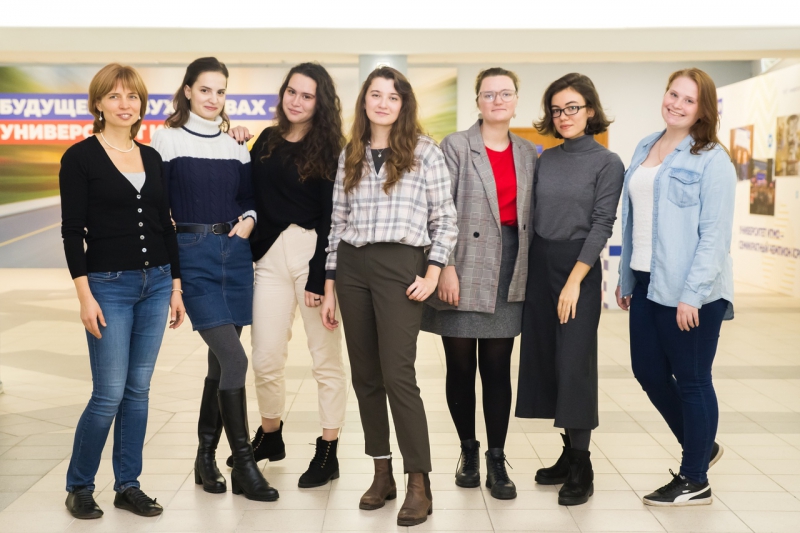 The Yagodnoe sports and recreation center was established over 60 years ago, in 1958. Over this time, it has changed dramatically, however, according to Yulia Usikova, deputy director of the Yagodnoe recreation center, it didn’t have a uniform style. So when Ekaterina Kuznechikova initiated the revamp project, the main task was to find a concept that could combine and reconcile all the diversity of the space.

“I decided to form an interdisciplinary group to work on Yagodnoe’s development strategy together. It was rather challenging to attract motivated students willing to work on this project but those who came were split into several groups to work on different tasks. This was made in order to help the participants immerse themselves in the project and understand if they really are interested. Eventually, a total of eight students made it to the project group,” shares Ekaterina Kuznechikova.

ITMO University students who participated in the project say that they see this experience as an opportunity to contribute to some common effort and leave a piece of themselves in Yagodnoe.

“Initially, I did not have any real skills needed for such work. But I have long been interested in urban studies and architecture, so I had a general understanding of the processes going on in these fields. My friends and I really love Yagodnoe, and it was nice to leave a mark on the history of this place. Apart from that, it is great to get out of the educational routine at least for a short period of time and look at what is happening in the big world out there, how projects are created and developed. As it turned out, this is quite real,” shares ITMO student Anastasia Elnikova.

For future architects, now students of SPSUACE, this project is an opportunity to apply the knowledge gained at the university and try their hand at creating a public space.

“Before the first meeting, I had no idea about what Yagodnoe was; this was my first time at ITMO University as well. But I’m really glad that I came as the project is very interesting and useful. We attempted to place the emphasis on the history of Yagodnoe, its nature and highlight the spirit of this unique place,” shares SPSUACE student Vladislava Reshetnikova.

The staff of the Yagodnoe sports and recreation center are very grateful to the participants of the project for the work they’ve done.

“It must be noted that despite the students’ interest and motivation, it was not an easy task to work on. Yagodnoe is a complex object in every respect: especially, in terms of its location and the materials used. The thing is that it is, in fact, a reserved forest where there are almost no people in winter, which creates additional challenges. And the project team members had to take all these aspects into account,” explains Marina Kuznetsova, director of the Yagodnoe sports and recreation center.

However, the development of the new Yagodnoe concept does not end here: in early November, ITMO University will host an exhibition dedicated to the Yagodnoe development plan. At this event, everyone will be able to propose their ideas and the best ones will be included in the main project.

“What is particularly important for me is that it is an interuniversity project. It is always interesting to learn what other people who don’t know anything about the place and ITMO in general think,” notes Yulia Usikova.

The architectural concept is ready. The full implementation is still far ahead, but the students have already installed some elements of decor, art objects, and information boards. The project was also supported by volunteers from the Ecoraids international camp who came to Yagodnoye in the summer.