Places to See: Cathedrals, Churches, and Temples of St. Petersburg

Church of the Savior on Spilled Blood, the St. Isaac’s, Kazan, and Peter and Paul cathedrals – these are all names familiar to anyone who’s even barely begun exploring St. Petersburg. But look beyond the go-to tourist spots and you’ll discover a kaleidoscope of churches and temples that illustrate the city’s rich heritage as a capital of the Russian Empire. Here are some of St. Petersburg’s lesser-known, but still no less remarkable, cathedrals, temples, and churches for you to check out. 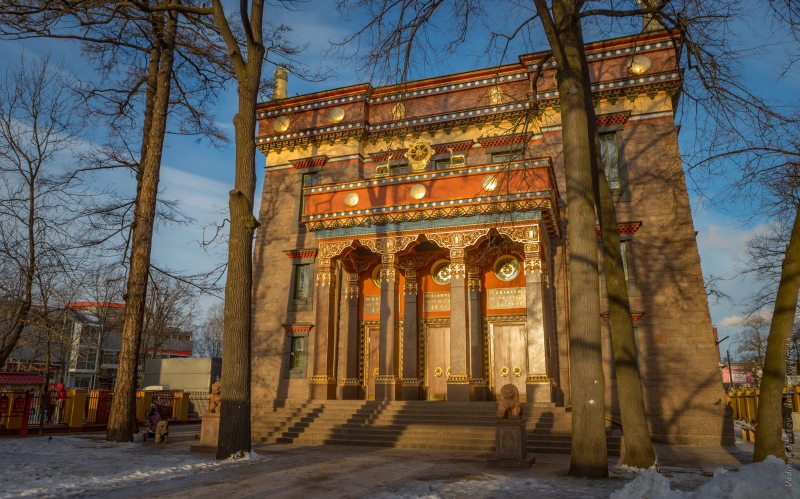 As the Russian Empire’s “Window to Europe”, St. Petersburg has for centuries been home to various diasporas of immigrants from the West, including those hailing from modern-day Germany and Scandinavia. Their legacy is found in the large number of Lutheran churches in the historic district of St. Petersburg:

Petrikirche, or the Church of St. Peter and St. Paul, was built in the 19th century across the street from Kazan Cathedral. In Soviet times, this imposing building was converted to a swimming pool before being restored in the early ‘90s – a fact that’s still evident in its current interior. Today, the church is once again operational and doubles as a community center, hosting art exhibitions, workshops, and other events in the “Catacombs” – an atmospheric dungeon located beneath the remaining structure of that very swimming pool.

Annenkirche, a historic Lutheran church on Kirochnaya Street, is misleadingly plain on the outside but offers a truly unique, unforgettable experience to visitors. Originally a Lutheran church, it has, at different times, served as a cinema, a casino, and a nightclub. Finally, in 2002, after being returned to the Church of Ingria, it was ravaged by a fire and left unattended until 2010. These days, like Petrikirche, it is both a church and a venue hosting some of the city’s hippest cultural events.

You can read more about Annenkirche in our Hidden Gems of St. Petersburg article.

Built by and for Swedish expatriates, this lovely Lutheran church shares its address with the Swedish Consulate, making it the go-to spot for all events related to this Scandinavian country. Like its Catholic and Armenian namesakes, it was constructed under Catherine the Great's reign during the so-called Russian Age of Enlightenment, a time of religious freedom and secularization.

This list of St. Petersburg's Lutheran churches could go on and on – a signifier of just how much early St. Petes was influenced by German and Scandinavian migrants – but the city's multicultural and multiconfessional history means there are so many other, no less fascinating and beautiful examples of religious architecture here, brought to this Northwestern Russian city by people from all over the world.

Walking along Nevsky Prospect, you can hardly miss the sight of this gorgeous Barocco building which is, in fact, Russia’s only Catholic basilica. In a bizarre twist, during the Soviet era it was a part of the Museum of Atheism. Since 1992, however, the church has once again become operational and now regularly hosts Mass in various languages including English and Spanish, as well as choir rehearsals every Friday.

Completing the trio of St. Catherine-dedicated churches on Nevsky Prospekt is St. Catherine’s Armenian Church. Its interiors, fully restored according to historical records, are stark, yet sophisticated and feature remarkable icon paintings.

Europe’s third-largest synagogue is also home to Le’Chaim, one of St. Petersburg’s few fully-kosher restaurants, and a gift shop and kosher store. On Hanukkah, the Grand Synagogue hosts a massive celebration complete with fireworks and hearty sufganiyot doughnuts.

It may seem older, but the St. Petersburg Mosque is barely a century old; built in 1921, the intricately-decorated building can accommodate some 5,000 people and is a hub of activity on all Islamic holidays.

Across the river from Yelagin Island, situated among ordinary-looking buildings, is a sight seemingly ripped out of a Tibetan landscape. Gunzechoinei, which is Tibetan for “The Source of the Holy Teaching of All-Caring Lord-Hermit”,  was built in 1915, designed by some of the era’s most renowned architects and artists. Today it is known not only for its beautiful architecture and welcoming atmosphere but also for the cafeteria serving authentic Buryat buuza dumplings and milk tea.