The world’s top programmer has once again won first place in the competition’s Algorithm track. 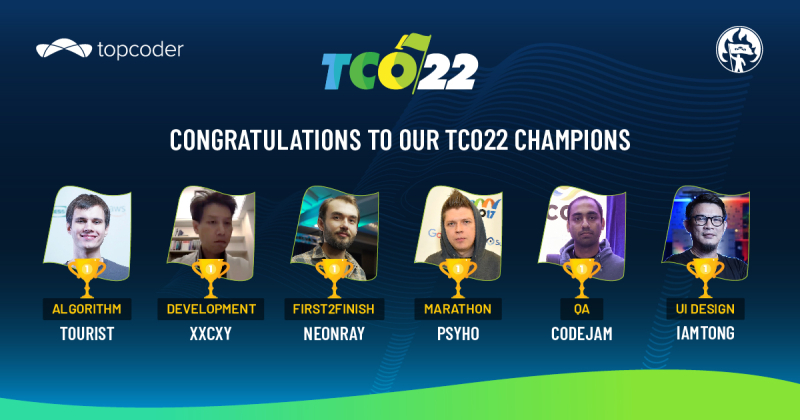 An ITMO graduate, two-time ICPC winner, and a multiple-time winner of various other international programming contests, Gennady Korotkevich (tourist) has been named one of the winners of Topcoder Open 2022 in the Algorithm track and secured the main prize of $10,000. The news was announced on the competition’s official website.

The event has been held annually since 2001 by the crowdsourcing company Topcoder. In 2022, the competition featured 6 now traditional tracks: Algorithm, Development, First2Finish, Marathon, QA, and UI Design.

The Algorithm track, in which Gennady Korotkevich proved himself the champion, focuses on “classic” competitive programming. Its participants are tasked with solving problems as quickly as possible using the Java, C#, C++, and Python programming languages. In order to compete in the finals, they must first complete several online qualification rounds. Programmers with the most points accumulated in the online rounds, including a wildcard round, pass into the semi-finals and then the finals. The rounds, too, involve several stages, such as Coding or Challenge – in which the competitors can check the veracity of one another’s code and acquire additional points – or Testing, which involves automated code verification. Go here to find out more about this year’s Algorithm track.

Notably, this isn’t Gennady Korotkevich’s first win at Topcoder Open. In 2020, he also won the Algorithm track; in 2019, he became the first-ever participant to win in two tracks at once; and in 2018, Gennady took first place in the Marathon track.