The Best of Upcoming Music Concerts in St. Petersburg in 2020

It is already the beginning of 2020, so the new concert season is ready for its kick-off. Even though most of the summer festivals haven’t revealed their line-ups yet and we will get many surprises later, a bunch of shows have already been announced. Here’s a quick overview of seven most interesting, in my opinion, music events that will happen in St. Petersburg in 2020! 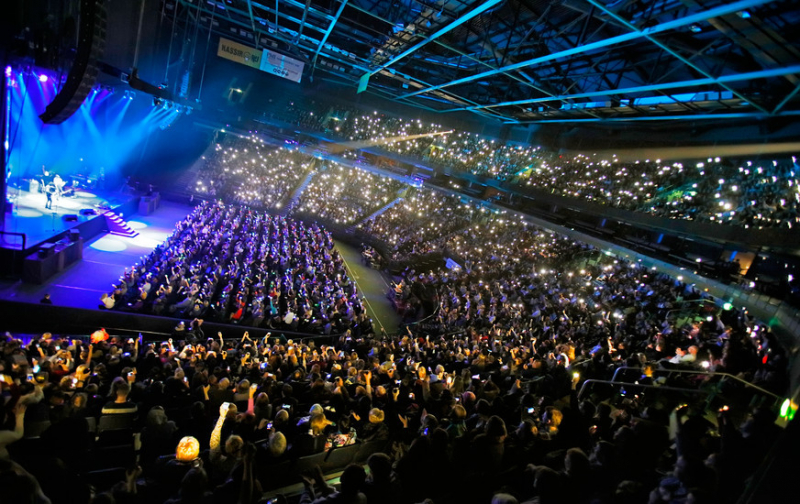 A lot has happened to Yelawolf since his last visit to Russia: from ending the experiments with country rap to breaking from a contract with Shady Records and the complete change of his musical style. You can see the results of these metamorphoses on the rapper’s first show in St. Petersburg in five years. There’s one thing we can be sure about: his performances are not even closely like other hip-hop concerts, they are 100% live and will definitely rock you.

Chris Corner comes to play in St. Petersburg almost every year, but the musician’s next show will be completely different from the previous ones. IAMX will present their newest record Echo Echo, for which they re-imagined their best songs into brand-new acoustic versions. The location is also unique: the concert will take place in Planetarium 1, which is known as the world’s biggest planetarium.

Bring Me The Horizon

When: February 6
Where: Yubileyny Sports Palace
How much: from 3,000 rubles

British rock heroes Bring Me The Horizon made a blast headlining the Park Live festival last year, and now Oliver Sykes and his band are returning to St. Petersburg in 2020 with their first huge solo show in five years. You will hear the best hits from their new albums supported with a set of brand-new spectacular stage effects. The show will be opened by special guests Wildways, one of the most famous Russian alternative rock bands.

After a seven-year break, heavy metal legends Iron Maiden will return to St. Petersburg with a huge show as the part of their The Legacy Of The Beast World Tour. Every rock fan knows that their shows are not just a perfectly fine rock concert, but also a massive stage performance that may be one of the best you have ever seen. They also will be joined by another world-famous rock band Airbourne as the support act.

The oldest St. Petersburg’s annual music festival Stereoleto has announced its first wave of artists, which is led by two international indie heroes: Metronomy from the UK and AnnenMayKantereit from Germany. They will be joined by Swedish post-punk sensation Viagra Boys, iconoclastic Russian rap artist Husky, and new internet stars Papin Olimpos. The full line-up will include more than 50 artists from all over the world, who will play their sets on four festival stages.

It is pretty much impossible to overrate Pixies' influence on the world’s alternative rock scene: they were the main inspiration for Kurt Cobain, Bono, PJ Harvey, Thom Yorke and lots of other musicians. While some people know them just as the authors of Where Is My Mind, Black Francis and his band have been one of the biggest rock hitmakers back in the 1980s and are still releasing music and playing. In the end of 2019 the band shared its seventh full-length album Beneath the Eyrie, which will be presented on their first-ever Russian show this summer.

When: December 6
Where: Yubileyny Sports Palace
How much: from 2,000 rubles

American indie-pop stars The Neighbourhood were meant to come to Russia this spring, but the band delayed their whole European tour because they are completing the work on a new album. Now the concerts are set to the end of the year, which means the record will be finished and on the show we’ll hear some brand-new stuff as well as their greatest hits like Sweater Weather.