What Do ITMO Students Do in Their Free Time? 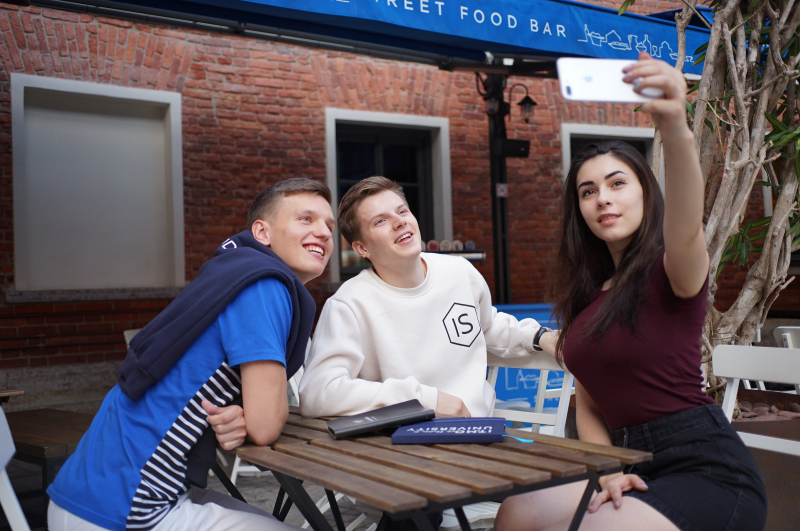 Students always need something to do after class. To choose a plan for the evening you can just open a special app with a list of all of ITMO clubs. What is an ITMO club? It is a community of people with the same hobby. They can do it together and achieve great results in it.

If it is a singing club — these students learn to sing and then perform at different concerts. Students from the game development club make different funny computer games. At the soap-making club, you will learn how to make soap with different smells and colours. At the media club, students write blogs and make videos and interviews about the university. So, let’s get to know the most popular clubs better!

First of all, they are divided according to their direction. The first direction is Culture. There are a lot of clubs, such as the dancing club, the make-up club and even an anime club. In different dancing clubs, you can learn how to dance Hawaiian, Korean, modern, hip-hop, and different other types of dancing. At the stand-up club and theatre club, you can try yourself on the stage, play in different roles, or tell funny stories. There are also the Intelligentsia club and the book club. Students in these clubs go to theatres and meetings with writers, read books and poems, discuss them, and even make their own compositions.

Next are media and soft skills clubs. In some of them, students solve different problems and discuss cases about ecology, business and other social topics. At the Adapter club, students of the senior years help first-year students understand everything about life in St. Petersburg and at ITMO University.

What about science and programming? Of course, a lot of students want to improve their skills even after class. For such students, there are a lot of different science clubs. At the project development club, students make websites and applications for real companies. At the indie-games and gamedev clubs, students make games, at DeusOps — learn how to work with development and operations. The mobile development club makes all of ITMO’s apps and websites — that’s why they are so convenient and student-oriented.

But what do you do if you are a physics or chemistry student? Of course, you can go to ITMO laboratories and join clubs such as open lab, FabLab, and student science lab. At FabLab, you will learn how to use a 3D printer and other different tools. You can make anything you want there!

ITMO volunteering club is the best in St. Petersburg. Students from this club help people with disabilities and children in hospitals. Students also visit animal shelters and bring food and medicines for cats and dogs. They help with waste sorting and make special urns for used batteries and put them all over St. Petersburg. These students also participate in different major city events and help people and organisations make them better.

Of course, sometimes everybody needs to rest. For that purpose, ITMO has clubs for fans of board games and intellectual games. The board game club, where students play games like D&D, Monopoly, and Mafia, is the most popular at the university. At the Berry Club, students make ITMO’s leisure and sports camp Yagodnoe better for everybody and arrange different holidays there.

Did you read about all these clubs and still not find something that you like? It is the biggest advantage of the club system at ITMO. Every student can start their own club. They need only a couple of like-minded people and a desire to do it. The university will help with all the other problems. That is the way how all clubs appeared. Now, all of them are popular among students. We are all happy that we have found something to do to our liking and also, most importantly, like-minded friends.