The Lord of the Rings Remaster: Another Chance to Get to Know the Classics

What is it like to rewatch on the big screen the films that won almost all the Oscars in the early 2000s? 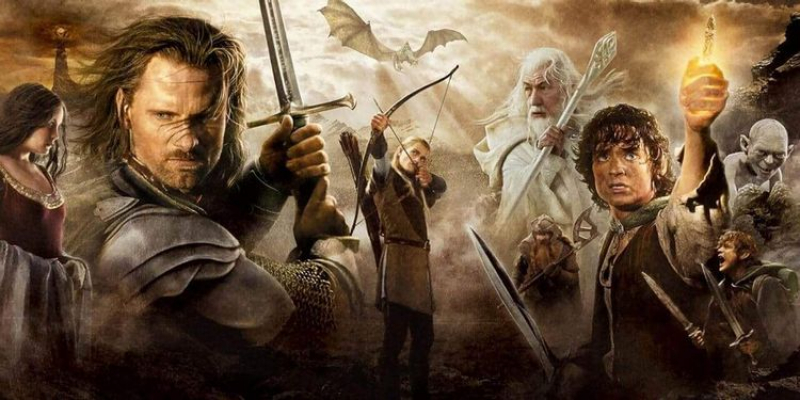 On April 15, the remastered The Lord of the Rings trilogy appeared in Russian cinemas. In the early 2000s, three films in total collected 17 Oscars, 11 of which went to the third installment, The Return of the King. But even outside the context of how many awards The Lord of the Rings has, it's still an outstanding achievement for world cinema, both in terms of plot and production. And even in 2021, you definitely have to go to the cinema for it.

The trilogy tells the tale of the war of the united peoples of Middle-earth against the Evil. Every day the hope of the entire living world dies out until people dare to destroy the One Ring — an artifact that contains all the power of Evil. To do this, nine representatives of all races go on a deadly campaign to the land of the Enemy — Mordor.

We can talk at length about how monumental JRR Tolkien's original works are. These books are like no others, where a captivating narrative is intertwined with a stunning development of the world. For a long time, no one dared to film The Lord of the Rings, believing that it was impossible — until Peter Jackson ventured out to do that.

And the amount of time and effort invested in the film adaptation is no less impressive than the film itself. This is one of the most ambitious projects in the history of the industry — all three parts were filmed at once, and in total, the creation took about eight years. The production included location shooting in New Zealand, construction of entire cities, staging of big battles, and a combination of practical visual effects with advanced computer graphics. Even by the standards of 2021, such a scale seems pretty impressive.

It may seem to some that the films are poorer than the books in terms of plot development. But the reality is that hardly anyone would have succeeded in making the film adaptation better. Even in the shortened version, the story of The Lord of the Rings is a great and touching epic that does not get boring, despite the lengthy timing. You become attached to the characters, you laugh and cry with them, and it is impossible to tear yourself away from the screen even if you know the plot. Also, there is a outstanding acting, excellent direction, and amazing work with makeup and scenery — you believe in the fantasy world of Tolkien and Jackson more than any other seen on the movie screens.

The Lord of the Rings looks worthy in the movies today. The entire trilogy went through a deep restoration process — the films were digitized again in 4K resolution (that's twice as much as 1080p), color correction was edited, and some outdated computer graphics were polished.

Three parts come out one after the other, and each of them stays in cinemas for about two weeks. But even despite this, in order to get the good seats, I had to buy tickets a month in advance — the demand for The Lord of the Rings is too high in St. Petersburg. Later, it turned out that people bought all the tickets, even in the least comfortable places.

And watching a twenty-years-old movie in the cinema is an incredible experience. The whole audience laughs at jokes (especially in moments with memes — for example, when Sean Bean says, "One does not simply walk into Mordor") and weeps over bittersweet scenes.

At least because of that it is worth going to the movies for The Lord of the Rings. Yes, you can still watch the films in the comfort of your home, — but the opportunity to experience this adventure in the same cinema with a hundred people, most likely, will no longer appear.