Winter is here and this means that orienteering teams are finishing their last running competitions and championships. They are starting to prepare their skis for the winter season or greeting their comrades from athletics. Many are starting to work out in indoor stadiums for the next season. So, it’s time to sum up all of the ups and downs and make some conclusions. 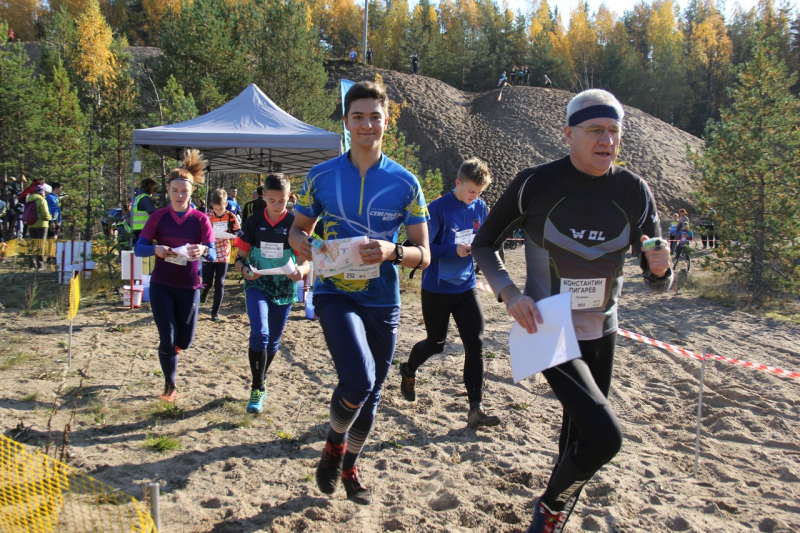 Season 2021 was pretty eventful compared to 2020 — the year of countless lockdowns and canceling everything that was possible to cancel. The members of ITMO’s orienteering club were traveling all year and did their best at all kinds and levels of competitions, from small local ones in St. Petersburg and Leningrad oblast' to European Youth Orienteering Championship in Vilnius, Lithuania, and the World Schools Orienteering Championship in Belgrad, Serbia. So, let’s take a closer look at how the last half of the season went for our athletes.

This year, our Kronbars orienteering team took part in two local student championships organized by ITMO University. These competitions partly owe their existence to Kronbars club: Irina Lomova, our trainer, is the main judge. She is also responsible for the organization of these competitions and members of Kronbars sometimes help her. Not with things related to maps or distance, however, as all athletes strictly follow the "fair play" principle. Our team did quite well and ITMO university took 6th place in the winter competition and 4th place in the recent University competition held on October 9, 2021.

From the beginning of the new academic year, new strong athletes joined the ranks of the Kronbars orienteering team such as Stepan Aleksandrov and Nikita Lupinov. Stepan is one of the strongest 18-year-old junior sportsmen in Russia and a part of the Russian national junior team. This August he took part in the European Youth Orienteering Championship in Vilnius, Lithuania, and proved that he is capable of competing even with the strongest athletes from Europe, where orienteering as a sport is more developed than in Russia. His team took 5th place in the 3 leg relay out of 25.

As for Nikita, he went to Belgrade, Serbia right after joining ITMO family and participated in the World Schools Orienteering Championship. Here are his results: he came 13th on the middle distance, 21st on the relay, and 8th on the long distance. Overall, our team took 4th place. That is a very solid result at the international level.

"The long-distance took place on hard terrain with a high total ascent, and there I did well — 8th place out of 35 participants, only 4 minutes behind 4th place… The main thing is to believe in yourself and train a lot," says Nikita.

What about local competitions? This autumn every Saturday and Sunday at least one competition was held in St. Petersburg and Leningrad oblast' and members of Kronbars orienteering team participated in every one of them. It was a wild ride of every kind of competition from 5-leg relay race "50 Verst" to every discipline of the St. Petersburg championship, which took place in really varied terrain. For example, middle distance with a mass start took place in Veshevo at an abandoned aerodrome and the long mass start track took place at a location 60% of which is a swamp. As for results, I want to highlight Stepan Aleksandrovand Konstantin Alyabiev, who took prize places almost every time. As for me — I took 4th place at every local championship. However, all members of our Kronbars team worked hard every weekend and deserve respect.

The last major event at which Kronbars orienteering athletes were participating was the Junior Russian Championship in Belgorod held in early November. Our team was represented by Konstantin Alyabiev, Nikita Lupinov, Stepan Aleksandrov, and Renat Akhmetzhanov. Anton Lukashevich was also present but he already outgrew the junior category.

On the first day, there was a long 8 km track with a lot of ascents and descents. It’s supposed to take about 1 hour and 10 minutes to complete, but the winners were really fast and did it in about 45 min. Konstantin took third place and Stepan took second place.

On the second day, we had a middle mass start track and unfortunately, none of our team’s members made it to top prize-winning places. The next day, there was a 4 leg relay race. In this case, the results depended not only on personal achievements but on your teammates too. Stepan’s team lost their prize place because of how they performed in the last leg and Kostya’s team was holding first place for a while but ended up in 2nd at the last moment. Renat’s team took 4th place.

The last half of season 2021 for Kronbars orienteering team was extra filled with competitions. Every member of the team was working hard every time they were on the track. Sometimes they were running without mistakes and managed to be in prize places, sometimes not. But every time when our team members happened to be in the forest, following the map, they were fully enjoying what they were doing! Now Kronbars orienteering team is going to have a little rest and soon start to prepare for the next season, where they will show what they are capable of!