I had the opportunity to interview Trang Nguyen, a Bachelor’s student graduating from ITMO this year. I asked her about her journey from Vietnam and her experiences here in Russia. 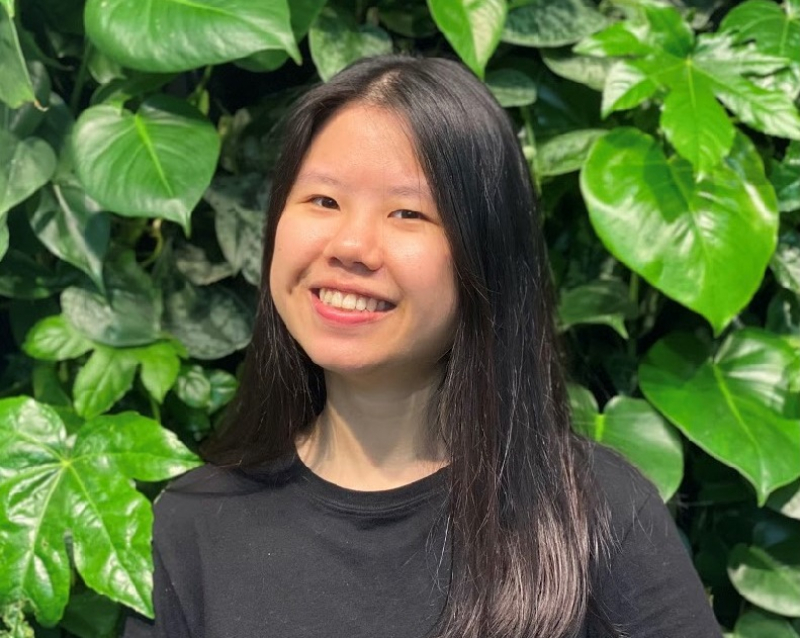 What are you studying at ITMO and how long have you been here?

I'm Trang Nguyen from Vietnam. I'm studying at the Faculty of Infocommunication Technologies. I'm in my final year at the moment so I've been at ITMO for nearly four years now.

How was the transition from Vietnam to Russia? Did it take you a long time to adjust to life here and was it difficult?

I still remember that at around 1 am on November 1, as my flight landed at Pulkovo airport, it was raining and the temperature was -3°C while in my hometown, at the same time, it was around 25 °C. So the first thing I needed to adapt to was the weather — it's colder than in Vietnam. And I have to say that St. Petersburg, the city I've been living in since I moved to Russia, is a very windy city all the time throughout the year.

The next thing is culture differences. To be honest, I don't remember how I adjusted to Russian culture but I'd say it took quite a while. However, it wasn't really difficult since most of the people I met were nice and friendly — some of them smiled a lot even when we first met!

Is there anything you can recommend doing before moving to Russia?

If you don't speak the language before moving here, be prepared for language barriers in both your academic and daily life. Russian is a complex and difficult language to learn and even if you speak English very well, the majority of people here don't speak English.

For example, you might feel left out when your Russian-speaking classmates are discussing something really fun but you just can't join the conversation due to lack of understanding of the language; and it could stay like that for months, until your Russian improves to a certain level.

Being fluent in a language takes a lot of time and effort. So if you're open to exploring new cultures and aren’t scared of making mistakes when speaking Russian, you’ll enjoy living here. Just be patient with yourself, trust your learning progress, and talk to native speakers as much as you can!

Also, take your time to find a study program that you think you'd be interested in for a long time. Your interests might change over time, but at least from the beginning, please make sure you've spent time to really get to know yourself, what do you like, and who you want to be, so that you won't regret moving to Russia, especially when you have to learn the language. Whenever I feel stressed out, I always think about why I started this journey, to muster more courage going through tough times.

What are your plans after graduation? Are you currently working on any projects?

After graduation, I'll spend most of this summer traveling to all the cities in Russia that I've never been to, but find special and unique. Currently I'm working on my final project at the university, as well as a project for a Vietnamese non-profit organization. I’m helping organize a tech hackathon for women and the LGBTQ+ community in Vietnam that will take place at the end of this August.

I really enjoy interesting conversations, so I'm always down for long walks or coffee chats with friends or new people I just met over weekends or anytime I don't have to study.

After all your years of living here, what do you wish you’d known when you first arrived?

Russian people are lovely, they have cold faces because that’s part of their culture — they’ll be considered suspicious if they smile at strangers. So don’t be afraid of their faces, just come and say hi to them, they will smile a lot. And they love jokes just as much as you do!

Cultural differences are a thing. Always be mindful about this when talking to people from other countries — something that you find fun might not be fun, but instead disrespectful to them. So if there’s any confusion, always ask if what you just said is appropriate to say — no one will get offended when you’re open to learning more about their culture.

What are your opinions on ITMO?

I personally think ITMO is exactly as its Russian slogan says, "неклассический" (non-classical). I've met and talked to lots of super fun and open-minded people here. Recently I came across the Rector of the University (Vladimir Vasilyev) a lot at the main campus and he always greeted me with a pleasant smile, even though he doesn't even know my name. And it always made me happy, because who doesn't like a pleasant smile in the morning to start the day with or in the evening after a tiring day of studying?

What do you think of the Russian language?

Good question, really. There were times when people said they had no idea what I was talking about and there were also times when people said I speak Russian very well. So I think it depends on the topics. I mean, if I have a wide vocabulary on a topic, it's much easier for me to talk about it, and vice versa. Russian has "глаголы движения" (verbs of movement) and something called "окончания" (word endings) that always drive me crazy when I speak it — I just never know whether or not I use them properly!

What are your opinions on St. Petersburg?

I’ve been falling in love with this city ever since I moved here, although the weather here is colder and windier than my hometown. St. Petersburg is both ancient and modern in my opinion. It’s peaceful and charming as well. I can walk on the same street a hundred times and still find every corner so beautiful, you know? This city witnessed how I've grown during hard times and happy moments over the course of four and a half years. I can’t really say I belong here, but I never have and never will regret learning Russian and choosing St. Petersburg to live in!