The Open Data Hackathon took place in May, in Bolzano (Italy), bringing together developers and data scientists from all across Europe. For 24 hours, the teams worked on creating a working prototype based on one of their ideas. The winners of the hackathon took the main prize: a trip to St. Petersburg for a two-day intensive programming course at ITMO University. This year, ITMO has become a seven-time winner of ACM ICPC and remains the world record holder for most wins 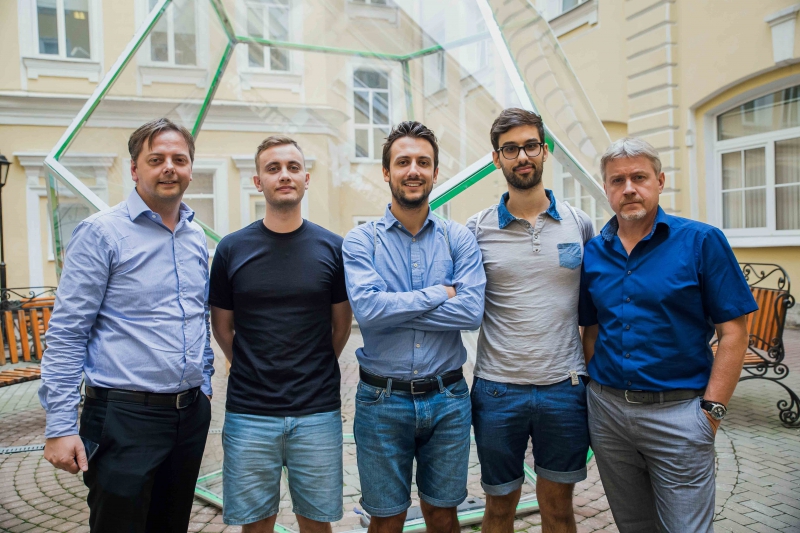 The organizers of the hackathon are IDM Südtirol - Alto Adige. The company provides support to entrepreneurs in the field of innovation management. In early May, the company carried out the Open Data Hackathon 2017 Spring Edition, which attracted developers from Italy, Germany, Portugal and other European countries. ITMO University was also a partner of the event. The winner of the Bolzano hackathon was the AGR-E team consisting of five developers from Italy and Portugal. Patrick Ohnewein, representative of IDM Südtirol - Alto Adige, the organizers of the Open Data Hackathon, accompanied the winners of the prize when they arrived at ITMO University. The two-day crash course included workshops and lectures devoted to programming, virtual and augmented reality, and gaming technology. The team also visited ITMO University’s OLIMP lab, where experts of the University ran a workshop on the basics of robotics. They also had a chance to work at the FabLab at ITMO’s Technopark where students can implement their technological ideas.

One of the winners of the Hackathon in Bolzano, Luca Galasso, and representative of IDM Südtirol — Alto Adige, Patrick Ohnewein, spoke with ITMO.NEWS about what they learned while in St. Petersburg about programming.

Luca, how did you win your trip to St. Petersburg? What had you heard about the city and about Russian education before you came?

Luca Galasso: Our team was working on a special voice bot for the company and we were the lucky winners. This is my first trip to St. Petersburg. I haven’t had a chance to see much yet but the first thing that caught my eye is how big everything is, particularly the wide streets. I also noticed that in the city there are a lot of women, much more than men. Regarding St. Petersburg universities, I can say that before coming we knew a bit about Russian universities and Russian programming education in general, but I also heard that Russian experts have a strong knowledge about all things related to information security. Have you already had an opportunity to get to know ITMO University?

Yes and we are really impressed. We talked to many specialists here and saw that you are really open, and really love your university and are willing to talk about your work with the world. You are proud of your work, your history and your culture.

Patrick, your company runs Hackathons regularly: for example, the next event will already be in August. Every time there are different prizes. How come this time you decided to organize a trip to St. Petersburg and particularly to ITMO University?

Patrick Ohnewein: Before we started collaborating with ITMO University, we hadn’t worked with Russia or St. Petersburg. The main purpose and idea of this trip is to start this work, to meet people, to learn new things and to exchange experience. This was the main prize of the Hackathon which allowed us to visit ITMO University in the context of a programming intensive for the winning team. As Luka pointed out, you are famous for your expertise in the field of information security. Also you have had brilliant successes in sports programming at the ACM ICPC championship, where the strongest universities in the world are represented, including MIT. Although before our trip we weren’t very familiar with your education system, these successes clearly attest to that fact that you are focused on developing a strong programming school.

How do you think the training of IT experts differs between Russia and Europe?

Patrick Ohnewein: I think that in Russia there is a very interesting combination of deep knowledge in the field of mathematics and algorithms, on one hand and a tremendous dedication to business, on the other. Everyone we saw at ITMO University is really proud of their work, the University and the fact that they’re part of this common endeavour.

Luca Galasso: I also like that you pay a lot of attention to practical aspects. I think this is a big plus. In Italy there are some large centers that provide good training in the field of computer science, like Polytechnic University of Milan, one of the largest technical universities in Italy. Also University of Trento is very strong in teaching computer science. Even though we also work on practical aspects, we focus a lot of our time on theory. Can programming become the sport of the 21st century? The results of teams from Russian universities at ACM ICPC over the last few years has really increased interest in this field and makes you think that maybe we should be cheering for programmers and not football players.

Patrick Ohnewein: These days, technologies influence many aspects of life. They already tell us how we will work and live tomorrow. Therefore every company in the world, even if it doesn’t have a strong technological background, understands well that those who are strong in technology are usually ahead. Professions related to information technology dominate the market and in the future this tendency will continue. Therefore those who have excellent IT competencies will be world champions. I think this applies to sports programming and also other areas.

Besides lectures, you also visited labs at the University where students implement their technological ideas in practice. How successful do you think this is?

Patrick Ohnewein: We visited several buildings, coworking spaces, OLIMP laboratory, and FabLab. Most importantly, the projects that are conducted in these spaces are based on students’ ideas. The University gives them a space and opportunities to develop. It’s great that students’ projects are given so much space. Also you are constantly motivating your students.

This creates a space for experimentation, and everyone who works on this site is interested in sharing experience with one another and with the teachers. This system allows them to develop their technical skills, and understand how it all works from the inside.