Seize an Opportunity to Participate in an Online Hackathon by DIT4BEARs

The hackathon is meant to help implement information technologies in the Barents Euro-Arctic region. As part of it, the participants will work on tasks provided by companies from Russia, Finland, Sweden, and Norway. The attendees will be granted the chance to join a digital internship at one of those companies. 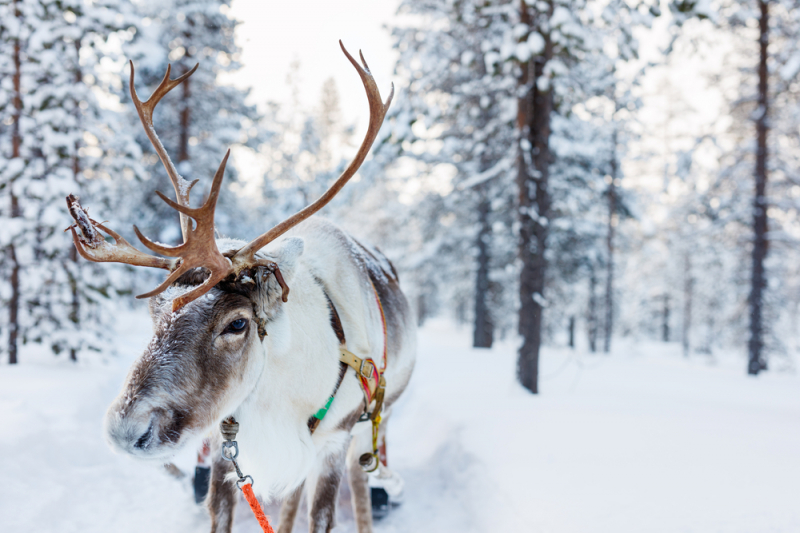 The main goal of the DIT4BEARs project is providing mobility of people, knowledge, and information technologies in the Euro-Arctic region in order to contribute to its economical and social development. It should help develop sustainable transport and communication networks in Russia, Norway, Finland, and Sweden.

Disruptive Information Technologies (DIT) is a concept of cutting-edge innovation meant to have a serious impact on the lives of their users. For many people living in the northern regions, such technologies are brand-new ways to help develop their region both economically and socially. The project is supposed to raise awareness of citizens, facilities, administration, and all those interested in implementation of DIT in their regions.

From a seminar to the internship

Among the main events of the project are an online seminar, a hackathon, and virtual internships. As a result of it all, the organizers and partners will receive innovative solutions that would be relevant in their countries, whereas the participants will be able to enter a digital internship and get a job offer at one of the partner companies.

The first online seminar on technology transfer in the Euro-Arctic region took place on October 14. There, representatives of hosting companies shared what projects they work on and what tasks they can offer for participants to solve. That’s how the organizers and the participants met each other and decided what they would like to work on.

Representatives of Rostelecom Arkhangelsk, Beta Agency, Shartrez (a center for information security), Singularis Lab, Smart Innovations Norway, Compodium, and the Government of the Arkhangelsk Region took part in the seminar.

The seminar was also attended by representatives of the project’s partners. Among them are Luleå University of Technology, ITMO University, Northern (Arctic) Federal University named after M.V. Lomonosov, RUSSOFT, the Arctic University of Norway, and Lapland University of Applied Sciences. They presented cases to be solved by the participants of the hackathon.

“Both academic and industrial partners of our project have been engaged in research relevant for their regions for many years. As a result of this work, they came up with tasks to be solved by the participants. It’s not a hackathon just for the sake of it – it’s an attempt to attract young specialists to research that has been conducted for many years,” notes Andrey Rybin, the head of the project.

Tasks inspired by life itself

The hackathon tasks are related to digital identification based on blockchain technology, smart waste collection, safety on transport, and reindeer herding. However, the cases aren’t limited to these topics – the partners from the industry can also offer other tasks in the field of IT.

“There are four projects included in the project but they are just examples of technologies that can be used further. There are lots of them, so it’s hard to cover it all,” says Olga Timokhina, the coordinator of the project.

The Smart Road case is about sudden changes of weather common during wintertime in Barents Euro-Arctic region. These changes in combination with steep hills and fjords make the driving conditions challenging.

The participants will study public infrastructure in order to collect data about the road conditions. For example, waste-collecting services can provide information that would be valuable for maintenance of public roads in winter and planning of commute services.

“The problem of safety on roads and railways is relevant to our partner from Finland,” says Olga Timokhina. “It’s a region with developed reindeer herding and each year it loses money because the roads get closed due to accidents caused by collisions with reindeers.”

The participants will attempt to create a digital platform based on the Internet of Things technologies. It must include a robust wireless and sensor network with lots of nodes that would gather data about animals and upload it to a cloud-based system. It should allow us to avoid collisions with animals, therefore reducing delays and improving traffic safety on roads and railways.

This case is about solving the problem of low efficiency of waste management operations. In particular, it’s related to optimization of waste truck routes that deteriorate traffic in big cities.

“The case is focused not on waste sorting and utilization but on the creation of the most efficient routes and optimization of waste transportation traffic in smart cities,” says Olga Timokhina.

In order to attend the hackathon on October 29, you need to fill out this form.

In order to find a team, you should sign up on this platform, add your CV, and meet other participants. Each participant will be able to find partners, and create or join an international team made out of two to five people.

Team members of the top five teams will be able to join a digital internship at a company of choice. It will last until 2020 and may lead to a permanent job offer.

The organizers also plan to hold several lectures, educational conferences and workshops by partners from different countries. If the pandemic allows, they also plan to arrange an exchange of PhD students and early-career researchers between universities.

Another feature of the project is research, which means the development of cases. For example, Master’s and PhD students can create tasks together with the organizers and partners of the project.

However, the team of DIT4BEARs project emphasizes that research papers that are to be published as part of the project are only a small part of the impact they want to make. The main thing is development of the region and holding events in order to attract young specialists to international cooperation.