In late October, the artist Laura Rodriguez gave an open lecture on BioArt at the Yasnaya Polyana coworking space. The event was held as part of ITMO.FAMILY’s alumni engagement program. 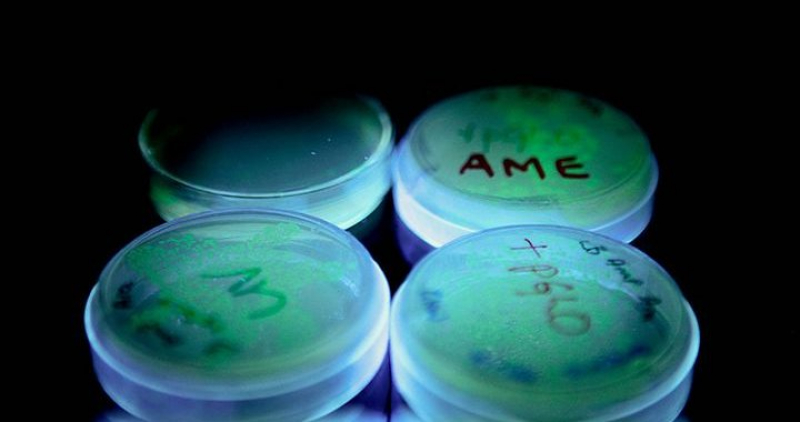 Laura Rodriguez, a graduate of ITMO’s Art & Science program, an artist, a biotechnologist, and an expert in microbiology, is currently engaged in research in the fields of art and microbiology and is also a lecturer at ITMO University.

During her open lecture, she went into detail about BioArt, its main fields, and its relationships with politics, fashion, social activism, and science.

“This lecture was sort of a challenge to me because the audience was not familiar with the Art & Science field, and so it was crucial to explain the basic concepts and ideas of BioArt in simple terms,” says Laura Rodriguez. “Both science and art are considered something accessible only to an elite, but, in fact, they are directly related to human nature. I believe that it’s important to know what’s going on in the world and it’s useful for graduates to learn about such a field as Art & Science, which they might have never even heard about. Besides, I am an ITMO graduate, too, and it makes us part of one team, and our key task is to grow together and share our knowledge.”

The lecture was conceived as a “graduate-to-graduate” event within the ITMO.FAMILY concept. The Yasnaya Polyana coworking space has brought together a strong community of ITMO graduates who are eager to collaborate with the university and make it their platform for educational and themed meetings.

“We are proud to know that many ITMO graduates choose our coworking space for their projects. The ITMO community is very diverse: it ranges from robotics engineers to app developers. And only through joint effort can we continue exchanging our experiences and maintaining this community. And this is especially true as the lectures organized by ITMO are all about acquiring existing knowledge, broadening your horizons, and a philosophy of continuous improvement. We’ll be happy to see more ITMO graduates here,” comments Marina Arkhipova, PR Director of Yasnaya Polyana coworking space.

Laura Rodriguez's lecture is just one of many events in a varied program organized by ITMO University’s Creative and Corporate Projects Planning Center.

“Graduates are already actively collaborating with ITMO University. They are our speakers at business and scientific events, mentors for our students, and partners in various projects. We are glad that we haven’t stopped there and now we are building cooperation not only between graduates and the university but also between graduates themselves. ITMO is open to supporting any collaboration because many of our students are successful professionals and talented scientists, and such joint projects help them discover and enhance their potential,” comments Lyudmila Tsoi, a manager at ITMO University’s Creative and Corporate Projects Planning Center.

Many assume that BioArt is a new field, but it actually goes back all the way to the 1930s. The first organisms displayed in a museum were delphiniums and they were a part of an installation at the Museum of Modern Art in 1936. And the first painting created using bacteria was made by Alexander Fleming, best known for his discovery of penicillin.

People often think that BioArt has something to do with painting with bacteria, but this is not completely true:

“BioArt is part of the contemporary art movement. Art always reflects changes in society, as well as modern situations. Joe Davis, a scientist and one of the key figures in Art & Science, says that BioArt is a form of contemporary art that comes from the scientific methods of biotechnology and aims to explore living systems as subjects of art. Interdisciplinary BioArt initiatives blur the lines between art and modern biology and focus on philosophical, social, and environmental issues,” explains Laura Rodriguez.

The main mission of BioArt is to let viewers see mundane things from a completely new point of view. For example, from the perspective of the microbiome that inhabits our bodies, or from the point of view of reptiles, whose vision works in the infrared range, and to whom we just look like luminous objects. And of course, the goal of BioArt is to give a voice to other living beings, which we usually do not notice, feel or hear.

In his project Genesis, the famous contemporary artist Eduardo Kac encoded a verse from the Bible into a DNA sequence and implemented it into a bacterium. While on display at a museum, the bacterium managed to expand into a colony and, while dividing, changed its DNA. Upon decoding the DNA of the last generations from this colony, the artist saw a new variation of the original verse. Thus, the bacterium became a co-author of the artwork.

Modern researchers distinguish several movements. Bio-themed art includes works created in a conventional form, such as painting or sculpture, but which conceptualize biological phenomena. Biomedia directly uses bacteria, parts of living organisms, elements of DNA, and biotechnology to create artworks and often combine it with robotics, artificial intelligence, and IT. Finally, bioactivism is inspired by biotechnology and uses it to make political, economic, and environmental statements.

It is interesting that some technologies, invented as artistic projects, later were actively used in production and industry.

For instance, Joe Davis modified the silkworm larva so that it started to produce silk that can absorb various metals. Today, these and similar technologies are used by clothing manufacturers. Bolt Threads, for example, specializes in creating artificial leather from mycelium and artificial silk from proteins, including golden threads. And Ginkgo Bioworks uses bacteria to dye fabrics and even design patterns with little or no human intervention.

BioArt is a look into the future

Biotechnologies are frequently seen as possible harbingers of the future and, indeed, current trends show that humans are switching to such production practices that would let them avoid the suffering of living beings. Major restaurant chains are investing in the development of artificial meat, the fashion industry is experimenting with kombucha fabrics, and perfumers are trying to use bacteria to create their products instead of destroying entire plantations of flowers.

During the lecture, Laura also spoke about her project, which is directly related to the new conditions of human interaction in the pandemic. She is currently developing bacterial cellulose clothing that reacts to light and generates electrical impulses that, in theory, could allow people to “touch” each other from a distance.

What once seemed like a fairy tale or fiction (like golden threads) now may well become our reality. In the late 1990s and early 2000s, a joint project – the fluorescent bunny named Alba – created by Eduardo Kac and the geneticist Louis-Marie Houdebine, made a big splash. It is unknown whether the genetically modified glow-in-the-dark rabbit actually existed, but in any case, this act of art changed humanity's ideas about what is and what isn't possible.

Even if it has never existed, the future where we have learned to edit the human genome and clone living beings is already here, and such technologies are no longer seen as something extraordinary.