This year’s admission campaign is over. Read on to learn about the number of 2021’s first-year students there will be, new majors, and the most popular programs. 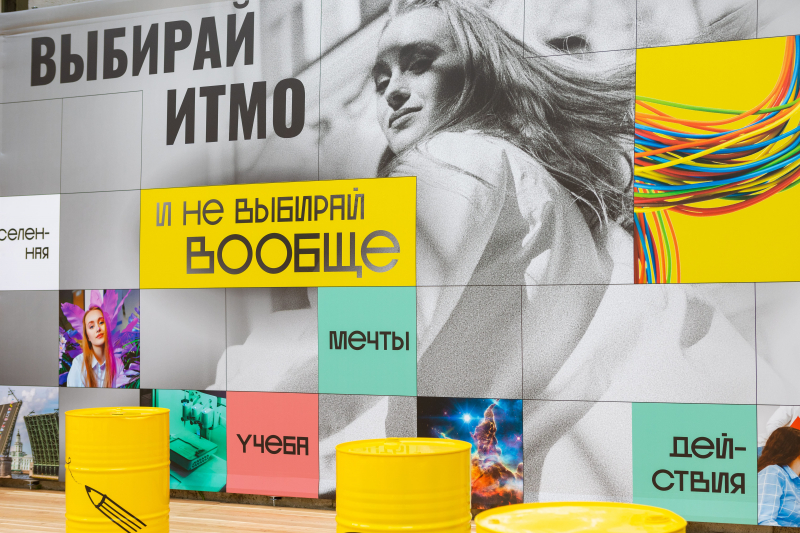 In 2021, the admission campaign took place in a hybrid format: prospective students could apply for desired programs either in-person or remotely via the Admission 2021 website or Gosuslugi web service. Those applicants who decided to submit their documents on the spot had the opportunity to learn more about the educational programs and visit the new coworking space and library on Lomonosova St. 9.

In July, ITMO opened a separate branch at Sevkabel Port to draw the attention of young people who enjoy spending their time at various public spaces. Thus, applicants could see how the city’s past intertwines with its present.

ITMO University received 12,500 applications for tuition-free positions. This year’s campaign showed that prospective students knew exactly what they wanted and on average applied for two majors even though they could choose from much more.

One of the innovations introduced in 2021, for some programs, was the opportunity to decide what subject to take the entrance exam in. For example, applicants of Laser Engineering and Laser Technologies could take an exam on computer science or physics – and then pick the one where they’ve done best.

The university opened several new specializations, such as Infochemistry in the Chemical Technologies subject area and Energy Efficiency and Renewable Energy in the Thermal Power and Thermal Engineering subject area.

Future students actively took part in academic competitions, which meant they could enroll without having to take entrance exams. Thanks to these competitions, 515 people were able to enroll. More than 200 applications were received for the ITMO.STARS and KRONBARS.STARS competitions for personal achievements.

The highest average score at ITMO University was for the Applied Mathematics and Informatics (99.3 out of 100), Software Engineering (98), Technical Physics (97.4), and Chemical Technology (96.2) majors.

2,793 people were admitted to ITMO University’s Master’s programs on a tuition-free position, 74% of them are Bachelor’s graduates of other universities.

The most popular programs remain the same as last year: Game Development Technologies, Data Analytics, Network and Cloud Technology, and Software Engineering. The ratio of applications per position for these programs surpassed 5.

More and more applicants who graduated from undergraduate studies several years ago and have work experience started to apply for Master’s programs. They turned to the university for specific knowledge and enrolled in those programs that will give them up-to-date competencies and help them advance further along their career path.

There were also lots of applicants for a newly-opened Bachelor’s program Public Health and Clinical Epidemiology in the Science Communication subject area, as well as for Master’s programs, such as Applied Genomics and Digital Transformation Strategies and Technologies. Moreover, the university introduced a number of specializations in collaboration with Russian Railways, Tauras-Fenix, Napoleon IT, Deutsche Telekom, GS Labs, and other companies.

A total of 651 Master’s students were admitted through portfolio and presentation contests, I am a Professional competition, It’s Up to You! winter school’s competition, and other contests hosted by ITMO University.

The lists of students enrolled in Bachelor’s and Master's programs can be found here and here. All of 2021’s first-year students will be announced on August 25.

The final results of the 2021 Admission Campaign will be tallied at the Academic Council held on August 31 at Sevkabel Port.