ITMO University is launching an open call for research teams wishing to run their own laboratories at the university. The winners will receive grants of up to 30 million rubles that can be spent on the development of a lab at ITMO. Read on to learn how to apply and what to expect from the PI + Team competition. 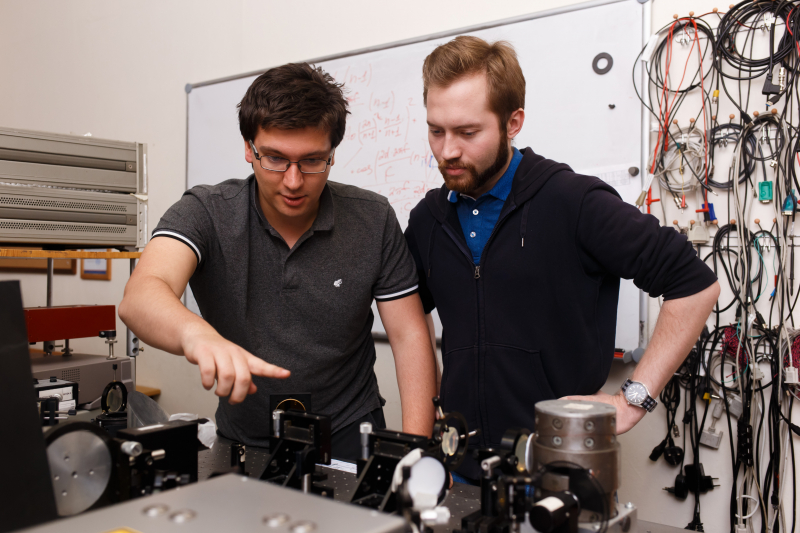 PI + team is a track of ITMO Fellowship and Professorship – a program that has been successfully running at ITMO University for eight years. Having long focused primarily on individual initiatives for postdocs, researchers, and professors, the university is now happy to welcome research teams as well.

The contest is built around the concept of PIs (principal investigators), that is, scientific leaders who have worked at the cutting edge of science and technology, have significant expertise in their field, can efficiently recruit, build, and lead teams, as well as take responsibility for their performance.

With this idea at the core, the competition is designed not only for scientists with multiple discoveries under their belt but, above all, experienced scientific leaders who have recruited and managed high-performing teams. Apart from researchers, the contest’s organizers expect applications from groups engaged in breakthrough technologies that have all the potential to successfully break into a market and attract investors and customers.

Winners will receive up to 30 million rubles in funding to relocate their laboratories on campus or build a new one from scratch. On top of that, the university will provide researchers with facilities for their future offices or research centers. Prize winners will be able to use the grant money to purchase equipment, pay their employees, and cover current expenses – with the leader of the group having the final say on the matter.

The grant will be valid for three years, with a possibility to extend it for up to four years. Within this time, researchers have to complete projects in an amount equal to or exceeding the grant sum and present an MVP, in case of technology teams. Scientists are eligible to apply for and receive funding from various scientific foundations, including the Russian Science Foundation.

Since the contest is targeted primarily at research teams and scientific leaders, candidates are expected to present a CV with impressive individual and team accomplishments. Here’s the list of the requirements:

The following requirements are suggestions rather than mandatory prerequisites, says ‪Alexey Slobozhanyuk‬, a coordinator of the strategic project Scientific Breakthrough.

“These are more of a description of how we see our perfect candidate. We understand that there are more than just one right thing and we will review each candidate individually. So, if we meet a person who falls short of this or that characteristic but have impressed us during an interview, we’ll sure let them in,” explains Alexey Slobozhanyuk

All candidates have to work on their own projects, whether it is a scientific hypothesis, fundamental research, or an idea for a future product or technology – a huge plus if they align with the university’s missions and values and can be naturally incorporated in its 2030 Development Strategy.

“Although we’d love to see ideas that go in line with our strategies, we will accept all promising projects if they demonstrate cutting-edge research and high-tech potential,” concludes Alexey Slobozhanyuk.

To take part in the competition, candidates have to fill out an application form (a detailed questionnaire for team leads and members, separately) and submit a description of their proposals, not exceeding 10 pages.

The board will provide experts reviews and feedback on each project, regardless of whether it advanced to the next stage or not. The application period is not limited. Researchers will receive a response within a month after submitting all the documents.

Candidates who will pass the selection will be invited for an interview and then to visit the university in-person and organize a scientific workshop based on their research.

After that, potential winners will meet the university's specialized science and technology experts who will assess how well their proposals fit within its focus, and, in case of success, winners will be able to sign a three-year contract, which will help them bring their ideas to life.