The global web-platform, Dimensions has just become available to users across the world; scientists, investors, students and others can use it to gain extensive insight into modern science. The service provides information on tens of millions of scientific articles, patents, grants and clinical trials, as well as a great deal of other data, all of it cross-referenced. This platform is likely to help predict and determine the course of scientific development and identify the areas of study with the greatest potential. 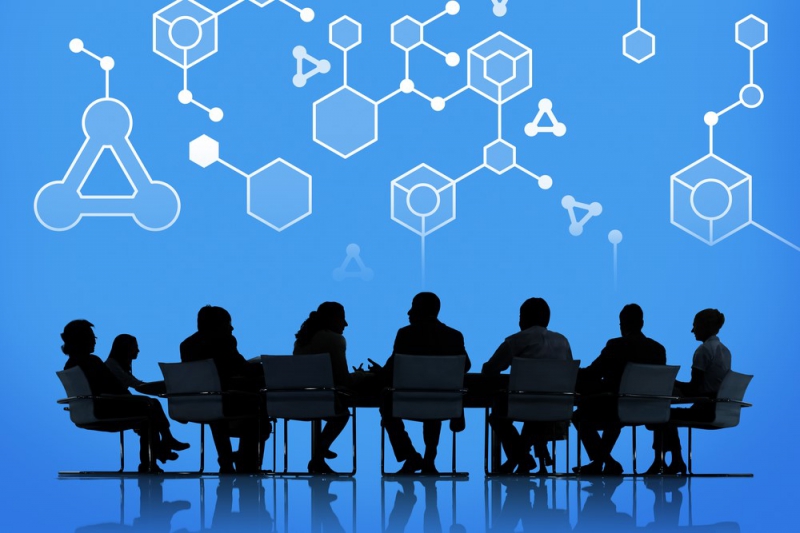 As the project’s website explains, Dimensions was made for two reasons, the first being that it is necessary to analyze scientific trends and the state of research in various fields. The second reason is that most tools of this kind today tend to only be available to a limited userbase.

What makes Dimensions stand out is that it allows users to track a scientific process from an idea all the way to its practical implementation. The website publishes data on various grants, links to articles related to grant and non-grant research, and the results of experiments and clinical trials. In addition, the website provides information on prototypes and patents. Dimensions can also help gauge the social and scientific response to a particular study using a special set of measurements, like its popularity on social networks and mass media, or the number of its citations in other scientific articles. The website provides links to original sources of the publications and sorts them according to their scientific areas.

Through these methods Dimensions brings together the information that had been previously scattered across unrelated analytic platforms and services. Its developers note that machine learning and AI technologies were used to make the platform as automated as possible, as well as to ensure that new data would be added to the database and sorted in the shortest amount of time.

“Most importantly, Dimensions will help Russian scientists learn more about publications that aren’t available on other platforms. Another important aspect is the information it provides on grants and its connections to patents and publications, i.e. how a research process begins (grant, funding), the process itself (what gets published and where) and where it occurs (which university, institute, agency). Dimensions also lets you see the real, measureable results of these projects – patents and clinical trials. In Russia, we have a partially similar service in the form of a government database, but one that only takes into account Russian open data. Dimensions, however, is a global platform, with information from more than 160 countries. And, of course, it’s always interesting to see various trends analyzed – by time, by subject matter, by amount of funding – on both global and national scale,” – says Igor Osipov, CEO of Digital Science’s (the platform’s developer) Russian office and its VP in Europe, Middle East and Central Asia. Users can also refine their search results according to various parameters: scientists’ names, scientific field, year, format, etc. The system searches for keywords not only in titles, but in the documents’ full texts, which helps increase the number of results and allows users to further refine their search parameters.

All in all, Dimensions can boast a database containing more than 89 million articles and more than 960 million citations. The latter can be used to establish connections between grants and publications, publications and patents, and so on. The website can also provide the descriptions for 3.6 milllion grants, 34 million patents and approximately 500,000 clinical trials. All this data is interconnected by way of 3.8 billion cross-references, as well as a number of metrics and altmetrics.

In order to collect this data, the developer, Digital Science, employed the resources of its six portfolio companies: Altmetric, Digital Science Consultancy, Figshare, Readcube, Symplectic and ÜberResearch. Metadata on 90 million publications was collected from various sources, including PubMed, PubMed Central, ArXiv, CrossRef and others. This data was then analyzed and sorted using machine learning. The same methods were employed to collect data on clinical trials and patents.

“Searching through all of the Open Access publications and articles is free, and so are the basic analysis tools. In-depth analysis and information on patents and grants are available for a fair, minimal price,” – notes Mr. Osipov.

Christian Herzog, CEO of ÜberResearch and founder of Dimensions, noted in a public statement that access to scientific data must be accessible and inexpensive.

“We want to build a collaborative, sustainable research world, and with Dimensions we are a step closer to achieving this,” – says Herzog.

“Experts from ITMO, including our science communication specialists, will provide regular feedback on Dimensions and offer suggestions to help improve the service. This new platform’s benefit is that scientists, foundations and institutes can all receive structured information on the modern state of science in any given field. For example, scientific foundations can learn which areas of research receive the most funding and what projects are the most popular among other investors. Scientists, meanwhile, can keep track of interest in various research and learn what kinds of projects are the most relevant and popular among businesses or governments,” – comments Dmitry Malkov, head of ITMO’s Center for Science Communication.

Data from Dimensions may also be used for in-depth analysis of various scientific matters, he adds. For example, one can analyze the effect of specific economic factors on specific studies. This is just one example; all on all, this kind of analysis will help predict the development of research and provide funding in a more precise, efficient manner.

ITMO University began its partnership with Digital Science after specialists from the Center for Science Communication became the first in Russia to use the so-called altmetrics, available through the company’s web-service Altmetric, to analyze the number of mentions of Russian scientific publications in mass media, blogs, social networks and other online platforms. The analysis was a part of RVC’s “Communications Lab” project and went towards the creation of a report titled “Growth Dynamics in the Industry of Science Communications in Russia, 2016-2017”. Altmetric helps users track mentions of scientific papers using the DOI digital identifiers, which are assigned to all scientific papers.

Dimensions can help provide a more objective evaluation of the results of a university’s scientific activity and decide on a most beneficial development strategy – which will surely have an effect on its future and improve its position in global academic rankings, notes Ilya Kuftiryov, Director of ITMO’s Rankings Research Center.

“The goal of any sensible leader is to evaluate the efficiency of various processes and understand the underlying cause-effect relationships. Statistics that Dimensions provides can help us learn what scientific trends are of utmost importance, whether there is a connection between receiving a grant and scientific productivity, and if an organization’s publication and patent activities are interrelated. This kind of complex dynamic analysis is especially important when we speak of something as complex as scientific activity. In a way, Dimensions could be seen as a “mirror” for innovation economics which reflects the activities of its participants and the relationships between them,” – he says. Students of the Master's program in science communication at ITMO

“It is a great prestige for a scientist to gain recognition in society and the scientific community after making a significant discovery or completing research. The same could be said for an investor who would see potential in a scientist, provide funding and other support, gain profit from finding a use for the scientist’s findings on the market and developing a product. Dimensions will help investors make that discovery sooner than their competitors. I believe that Dimensions will be useful to our colleagues who develop and implement the scientific and technological policy of our country,” – he says.

Igor Osipov adds that universities-participants of Project 5-100, federal universities, RAS institutes with significant international connections, government bodies, agencies and foundations working on the implementation of the strategy for development of science and technology up to 2035, as well as science-driven companies in partnership with universities, will be able to use the Dimensions platform’s data and analytics tools.