The 2019 admissions campaign at ITMO University has come to an end, and the lists of students admitted into Bachelor’s and Master’s programs have been published. The entrants of this year’s Bachelor’s programs have exhibited traditionally high Unified State Exam scores: according to the Admissions Office, the average score per subject is 92.7 points, which is 2.5 higher than it was last year. A large percentage of 2019’s Master’s entrants are graduates of other Russian universities. 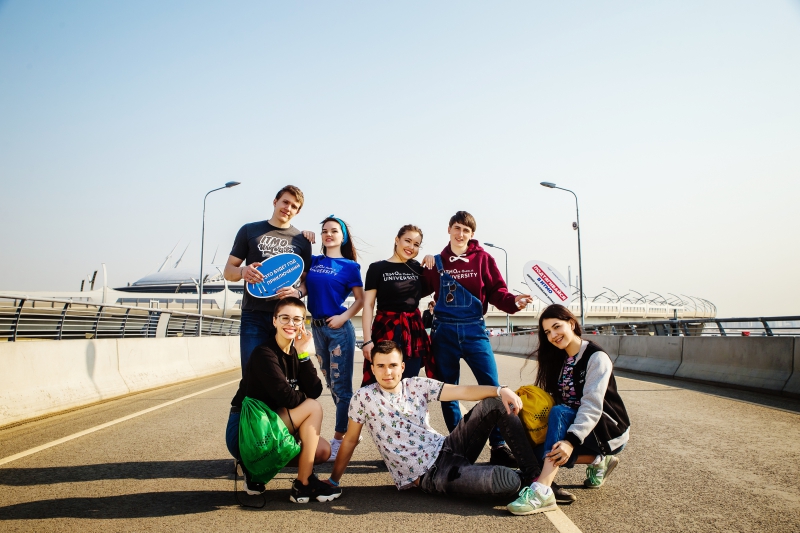 ITMO University received more than 12,000 applications for tuition-free positions in full-time Bachelor’s and Specialist programs. More than 1,100 students have been admitted tuition-free with an average Unified State Exam (USE) subject score of 92.7, which is 2.5 points higher than last year’s figure. 15 of these students were enrolled through the state-sponsored specialist training program for high-tech industry; their average USE score was 82.9.

400 entrants were given the right to enroll without taking entrance exams: these are the winners and runners-up of various national competitions. Each year, a growing number of students enroll in ITMO University’s programs through competitions. This year’s highest USE score threshold was set by programs of the Information Systems and Technologies subject area: 303 points out of 310. The entrants’ average USE score was 99 points.

Almost 600 students were enrolled in fee-based positions with an average subject score of 77.1.

This year marked the return of ITMO.STARS, an initiative that helps talented and motivated students to enroll at ITMO University despite insufficient exam scores (the only requirement being that they reach a minimum point threshold). Last year, 14 high school graduates became winners of this competition.

This year, the competition received applications from more than 30 regions and 50 cities and settlements of Russia. 15 were chosen as winners after sending in impressive portfolios and passing an interview. Read more about this year’s ITMO.STARS winners here.

More than 4,000 prospective students have applied for Master’s programs at ITMO University. Among the most popular were Electrical Engineering, Innovative Marketing, Applied Urban Science and Informatics, Game Development Technologies, and Software Engineering. The ratio of applications per position for these programs surpassed 2.5.

107 of the 250 students who took their exams remotely were enrolled at University. This year, 75% of first-year Master’s students are graduates of other universities’ Bachelor’s programs.

We’d like to remind our readers that in 2019, Master’s programs at ITMO University were classified by types: scientific, corporate, industrial, and entrepreneurial. Such diversification allows students to decide on their preferred development trajectory and choose the program that most suits their interests and career plans.

More than 760 university graduates decided to pursue the highest level of education at ITMO University. As per the admission campaign’s results, more than 320 new students will study in ITMO University’s PhD programs, and 275 of these students will study on a tuition-free basis. Some 25 young scientists will study as part of the government-sponsored specialist training program, and another 20 have enrolled into fee-based positions. More than 100 applicants from Russia and countries such as Kuwait, Iran, Algiers, Benin, Kazakhstan, Syria, China, Bangladesh, and Tajikistan have taken their exams remotely. Overall, almost 60 foreign citizens will enroll in ITMO University’s PhD programs this year, nearly 30 of them from non-CIS countries.

The ratio of applicants per position for all programs has amounted to 2.8. Among the most popular research areas were Informatics and Computer Science, Physics and Astronomy, and Information Security. Official documents certifying the students’ enrollment in PhD programs will be published in late August.

430 students from abroad have enrolled in ITMO University’s Bachelor’s programs. Among those admitted to the University are winners of various competitions and those who gained high USE score or performed well on ITMO University’s own entrance exams.

ITMO University’s English-language programs have also been hugely popular among both Russian and international students. A majority of applications were submitted to such programs as Robotics, Information Security, Chemistry of Applied Materials, and Molecular Biology and Biotechnology.

Some 100 Master’s students from Syria, Kazakhstan, China, and other countries will study at ITMO University under referral of the Russian Ministry of Science and Higher Education.

International applicants who'd like to improve their level of proficiency in the Russian language and prepare for studies at Russia's higher education institutions can apply to ITMO University's Foundation Program. In 2019, more than 200 students will join the program.

ITMO University also operates the Short-term international educational module (STIEM) – an educational program aimed at encouraging foreign nationals to study at Russian organizations and take part in scientific and educational work as part of international academic exchange. The program usually lasts a month and has a workload of at least 3 credits. More than 450 international students will join the program in 2019; another 100 will take part in STIEM programs later in the year.

All of 2019’s first-year students will be welcomed into ITMO.FAMILY during a massive welcoming event for Bachelor’s, Master’s, and PhD students on August 31.