October 3, 2019 marks the start of ITMO DigiEduHack, a hackathon in digital education organized by ITMO University’s Department for Educational Policy. Part of the European Commission’s major initiative, the event will bring together dozens of teams from the UK, France, Italy, Russia and other countries who will collaborate on projects in the field of digital education and compete for the main prize of 5,000 euros. All ITMO University students and staff are invited to participate in the hackathon. The registration has already started and will last until September 25. 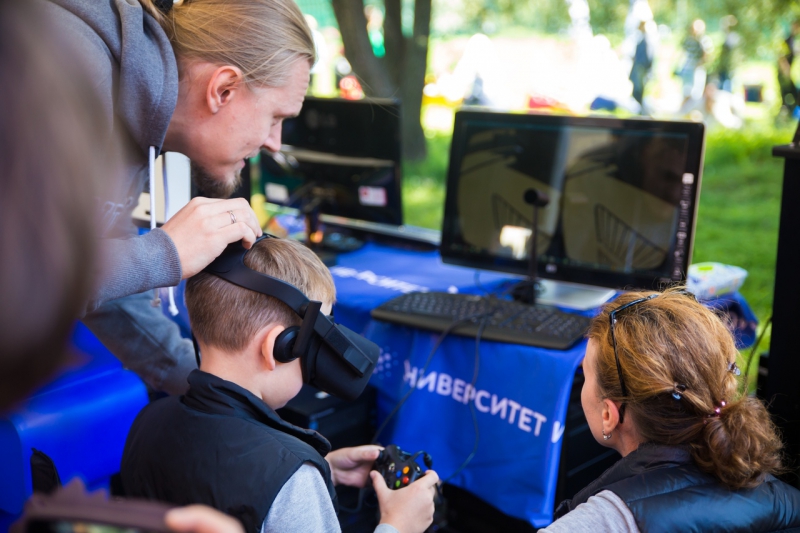 Implemented in the framework of the European Commission’s Digital Education Action Plan and coordinated by Aalto University (Finland) with the assistance of EIT Climate-KIC, DigiEduHack aims to consolidate a global community of experts, as well as to develop and promote the most promising projects in the field of digital education.

On October 3, this global initiative will bring together hundreds of participants from all over the world (the full list of countries is available here), making up some 50 teams, which will take part in hackathons at various venues around the world.

Organized by ITMO University’s Department for Educational Policy, ITMO DigiEduHack will be the only such hackathon in Russia. Held at ITMO University campus on Birzhevaya Line 14, the hackathon will involve ITMO University Bachelor’s, Master’s and PhD students, as well as lecturers and researchers.

ITMO DigiEduHack will kick off on the morning of October 3 and last for 24 hours. The hackathon’s teams will be offered three tracks to choose from:

According to Ekaterina Dzhavlakh, the head of ITMO’s Educational Technologies Office and an organizer of ITMO DigiEduHack, the tracks reflect current trends in modern education.

In the course of the hackathon, each team will be tasked with developing an educational innovation and presenting it in the form of a prototype, business plan or draft proposal.

“Every solution proposed by the hackathon’s participants should go in line with its mission, which is to overcome the challenges of modern education,” says Ekaterina Dzhavlakh. “The cases are developed by ITMO University specialists. What is important here is that the university is interested in the best solutions being implemented. That’s why our main task at the hackathon is to form good teams and think together about what can be done to promote the development of modern education.”

ITMO DigiEduHack’s program also includes an educational module and active interaction with the expert representatives of companies supporting the event. Among them are such businesses as Grid Dynamics, the hackathon’s sponsor specializing in hi-tech scalable solutions in the field of e-commerce, finance and others, and Modum Lab, an educational tech company that combines old and new approaches to professional development with the use of innovative IT solutions.

Modum Lab will also provide the hackathon’s participants with all the necessary software needed to develop educational content. For example, with the use of this software, the participants of the track “VR and AR in Education” will be able to create their own virtual laboratory.

According to its organizers, the hackathon aims to create a peer-to-peer interaction space for those with breakthrough ideas on how to improve modern education. The hackathon’s participants will get not only an opportunity to improve their teamwork skills but also a chance to win 5,000 euros for the implementation of their project.

As noted by Kristina Krushinskaya, a chief engineer at ITMO’s Educational Technologies Office and organizer of the ITMO DigiEduHack hackathon, each team will be assigned a mentor who will help them present their ideas in the best possible manner. In the course of the hackathon, each team will also have to upload the concept of their prototype in English, a picture of their product and, optionally, a link to their product’s website to their personal account on DigiEduHack’s official website. On October 4, the jury made up of ITMO University staff will announce the hackathon’s winners, who will receive prizes provided by the sponsors.

Apart from that, the authors of the best projects will be invited to join ITMO University Business Accelerator and get a consultation from the experts of ITMO's Entrepreneurship Center.

Any ITMO University student, lecturer, researcher or research associate, regardless of their specialization, can participate in the hackathon. The only condition is that at least one team member should be proficient in the English language, as that will be necessary for those who wish to participate in the international round of the competition and compete for the main prize. Good programming skills are also important, but it’s not mandatory for each team member to possess them.

To participate in the competition, follow these simple steps:

Choose a track. Artificial intelligence, VR and AR or gamification? Decide for yourself which technology, in your opinion, is more likely to change the future of education, and think about how you can apply your competencies in this field.

Form a team. You can sign up for the hackathon individually as well, in which case you will be placed in a team at the beginning of the competition. However, the organizers recommend signing up with a ready-made team.

“The only condition is that each team should consist of no more than five participants. Other than that, there are no limitations: you can invite your favorite lecturer or assemble a team of talented and motivated students, or join forces with students from other fields. The most important thing here is to create a team of like-minded people with a common idea and desire to bring it to life,” says Ekaterina Dzhavlakh.

“We would like to see mixed teams. The thing is that education is, in many ways, a unifying force. Our hackathon brings together people of different ages and specializations, both students and lecturers, representatives of different faculties, in order to give them an opportunity to develop interesting solutions in digital education,” adds Kristina Krushinskaya.

Sign up for the hackathon. To do so, use this link. Note that each participant has to sign up on their own. The registration has already started and will last until September 25.