Just imagine that you get to manage a company, and all of its management has just been dismissed? You only have the enterprise's financial data, and you have to choose the optimal strategy that will enhance its investment appeal. What’s more, you only have a day to solve this task, and you don’t know anyone on the team you’ll be working with! These are the kinds of tasks that the participants of the Manage! cup, a countrywide management tournament for students, have to solve. The cup’s semifinals have just taken place in St. Petersburg; the 30 best teams were chosen to participate in the finals in Moscow on March 11-12. The tournament’s winners will be offered internships at the country's leading companies,  as well as the opportunity to participate in Global Management Challenge - a national business management championship. 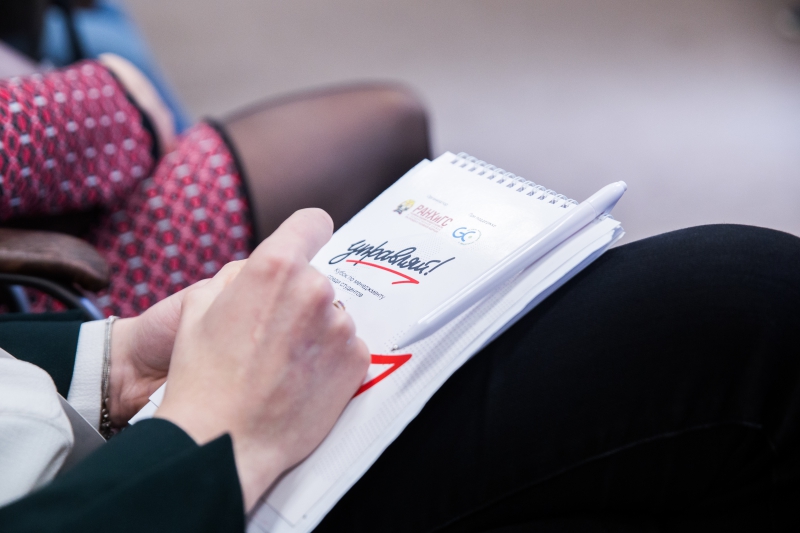 What the Manage! cup is about

The Manage! cup is conducted amongst the students of Russian universities and colleges, its main goal being to assess their managerial competencies and skills. Along with the Leaders of Russia national management competition, it is organized by the Russian Presidential Academy of National Economy and Public Administration (RANEPA). Still, as opposed to the former project, the Manage! cup aims to discover and support talented and motivated business teams with no previous experience.

During the tournament, the teams get control of virtual companies with the same initial parameters. Their task is to develop a strategy and make multiple managerial decisions that have to do with marketing, production, personnel, finances, logistics and such in order to enhance their investment appeal while competing with other teams.

The tournament is conducted in three stages: the online round, the semi-finals that take place in several of the country’s federal districts, and the finals in Moscow. According to Elena Menshikova,  Deputy Director of RANEPA’s Center for Innovative Educational Technologies, about 16,000 participants registered for the online round, and about a thousand of them made it to the semifinals.

The tasks for the semifinals were much the same as those of the online round: the participants had to manage a virtual company, though now experts assessed the teams throughout the tournament, i.e. the participants’ teamwork and leadership skills were also taken into account. Among the experts were representatives of major Russian and international companies such as Leroy Merlin, Sberbank, MTS and others.

Another difference was in that the teams of three to four members were formed at the event at random, and got only a single day divided in four rounds to complete the task.

“In the very beginning, the participants get the task description: the company’s former management has been dismissed, you get the company’s managerial report with this particular data - in other words, its financial state, and you have to manage it, explains Elena Menshikova. It is a hypothetical company that works in Russia and the European Union and focuses on three different market segments, with three different ways to sell their product: internet, retail and wholesale trading. The teams have to decide on the optimal strategy that will allow to enhance the company’s investment appeal.”

As the teams compete with not some computer but each other, the experts can assess both the quality of the decisions they make and their members’ ability to quickly react to the changing environment, she adds.

“The organizers distributed the participants at random, so all of us got into different teams, shares Ilya Gudoshnikov from ITMO’s Faculty of Technological Management and Innovations. What I’ve seen here came as a totally new experience to me. We had to deal with a company’s real operation for the course of six quarters, and we indeed had to make forecasts in real-time mode, in a live situation, by using additional parameters and coefficients. That was really cool.”

Not only economics students attended the tournament. According to Andrei Palshin, a student from ITMO’s Faculty of Control Systems and Robotics, such tournaments can be of interest to even those whose field of interest does not include management.

“My major doesn’t have anything to do with economics; still, the model that we were given at the tournament is most interesting. We had to analyze a great number of parameters and strategies that we could employ. We had a dynamically developing market that we had to interact with. Already after the first hours of the tournament, we got really motivated; as result, we worked really hard, and took great pleasure in it, he shares. Still, that was not the first time that I participated in such an event. We already have a select team, and we attend different events, like the VUZPROMFEST student science festival that covers different fields - from programming and robotics to economics. This is why I’ve already had the chance to acquaint myself with this field and get particular experience.”

Another participant, Ksenia Chalysheva from ITMO’s Faculty of Technological Management and Innovations, adds that it is the combined effort of participants with different experience that helps attain better results.

“I suppose that the most interesting thing about these contests is that teams are formed from students with different backgrounds. We come from different program tracks, possess different knowledge, but through teamwork we can exchange experience, help each other and get the most efficient results. I believe that this gives great motivation for development,” she explains.

15 teams from St. Petersburg and the Northwestern Federal District made it to the final round that will take place in Moscow on March 11-12 that will bring together 150 of the best teams from all around Russia. The winners will get an opportunity to participate in the Global Management Challenge national championship in strategy and business management, as well as get internships at the country’s leading companies. The organizers also note that the students who proved themselves well in the semifinals have already started to get feedback from potential employers.