ITMO Alumni and ITMO Ambassadors: Staying in Touch After Graduation

​Today, ITMO Alumni Association brings together not just the university’s graduates who live in Russia, but also its former international students. For one, ITMO’s alumni community in Bulgaria has over a hundred members, some of which still participate in ITMO’s scientific events. Many of the international students who are currently studying in St. Petersburg are becoming ITMO ambassadors ready to represent ITMO in their home countries. ITMO.NEWS talked to a few of them. 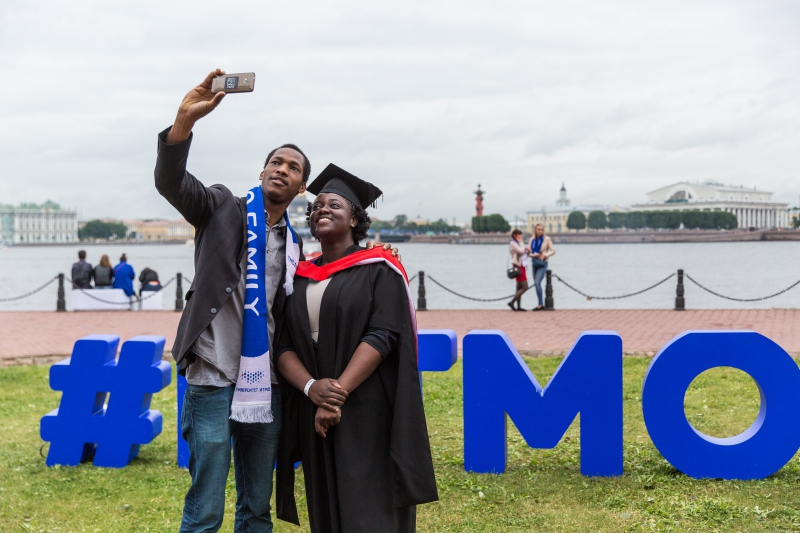 In 1985, I joined LITMO’s (ITMO’s former name -- Ed.) Faculty of Physics and Engineering, the Department of Optoelectronic Devices. I studied under the guidance of such distinguished scientists as Leonid Porfiryev and Sergei Avdeyev, as well as professor Igor Konyakhin who is still teaching at ITMO and whom I got to meet in 2015 and 2018 when I visited the university.

After graduation, I started working as an optical components designer at OPTIKOELECTRON, a major engineering plant in my home town of Panagyurishte (located 90 kilometers to the east of Sofia, in the Sredna Gora mountains). In 1998, my colleague and the plant’s CEO Ivan Cholakov (also an ITMO graduate) had been removed from his post, and in a couple of years I left to work at his private enterprise OPTICS AD, also in Panagyurishte. I am working there still.

The community of ITMO alumni in Bulgaria amounts to over a hundred members. Most of them work at optical and engineering enterprises, some (those are mostly those who graduated in late 1980s) work out of their fields, which has to do with the dissolution of Bulgaria’s defense industry.

Our community is quite nominal; we don’t have a governing body, but we still keep in touch. My peers meet almost every year, in different locations in Bulgaria. For example, last fall we had a meetup in Kalofer, and we gathered to celebrate May 9 in Plovdiv. That event brought together graduates of different years. Our meetups are usually organized by different graduates, among which are Angel Radoslav from Oryahovitsa, Veselin Kasyrov from Trnovo, the Rosens, Mariana Tomovykh and Borislava and Victorias Atanoasovs from Plovdiv.

We established communication with ITMO Alumni Association only in 2015, when we were invited to ITMO’s 115th anniversary which took place on October 10 at Sibur Arena in St. Petersburg. At this event, we contacted the members of the Faculty of Applied Optics and their dean Alexey Bakholdin, who invited us to the annual International Optical Seminars. In 2018, four of us came to participate in the event for the first time, and then went to ITMO’s optical workshops the same summer.

I come from the Niger Delta, a region where crude oil production never benefited the country’s population. After the beginning of extraction, the region lost about 10% of its ecosystem, and the situation continues to change for the worst. These events kindled my interest in environmentalism, and I ended up studying industrial ecology and cleaner production here at ITMO University.

I am currently working on a research project named “Development of a thermal neutralization system for municipal solid waste management in Lagos, Nigeria”. Its goal is to develop a complex system for waste management and clean energy for Lagos. This city has a population of over 21 million people and faces severe challenges in managing municipal solid waste. The system I work on will help reduce waste disposal, provide for its recycling and contribute to Lagos’s energy balance, and eventually benefit other African cities.

When they asked me whether I wanted to become an ITMO Ambassador, I had to give it some consideration before filing my application. I would’ve liked it if other people from my country received the experience I got here at ITMO University. It is among the world's top universities, and young Nigerians studying here would’ve helped bridge the knowledge gap between Nigeria and the developed countries. A developing country like Nigeria has to invest in knowledge in order to progress, and I can contribute to that by representing ITMO University.

I fell in love with ITMO since the first time I stepped into the university campus. ITMO offers me an opportunity to stay flexible and choose my own educational path. The lecturers I study under are the opinion shapers in their corresponding fields, and we have well-equipped laboratories.

I want to help establish partnerships between ITMO and universities in Nigeria so that our students and professors could come to ITMO for a semester and acquaint themselves with various educational approaches and become up-to-date with the latest trends and technologies. I also want to break the stereotype we have in Nigeria that Russians are hostile and racist. For that purpose, I would’ve organized events that would inform people about the benefits of studying in Russia, especially at ITMO University. That would’ve helped me to persuade potential students and their parents that they should consider ITMO among their top options when choosing a place to study at.

I am currently the president of the university’s Get Local international student club. It originated as a result of ITMO’s growing international fame. Its international Master’s and exchange programs offered in English attract students from different countries, who need to adapt and integrate very fast. Our club’s mission is to help mitigate the culture shock and the sense of alienation that international students often have when they are mostly surrounded by Russian students. We have recreational events, as well as those that have to do with cultural and personal development. We’ve already organized tours, took our members to a Movie Night and established a collaboration with a speaking club in order to conduct other fun events.

We work on a great many events, but our current focus has to do with organizing a Culture Week on April 8-12, where we want to show the cultural diversity of our campus. We’ll be organizing an exhibition dedicated to fashion, art, music and dances of different cultural, ethnic and racial groups. Our goal here is to promote tolerant attitudes, as the event will offer a great opportunity for ITMO’s students and staff members to learn and appreciate each others’ culture.

I also joined ITMO.GREEN, and started to take part in collecting the top parts of plastic bottles that can be used as materials for 3D printing. There are many smart people in this team, and I learn a lot from being around them.

I graduated from Kabul University, and then took part in the Open Doors International Competition. I won a scholarship, and I’m currently a Master’s student at ITMO University.

When I started to learn more about ITMO University, my key criteria were the quality of education and joining the educational program I had been looking for. I was set on studying information security, and ITMO University is among the leaders in this field. Its history, accomplishments and reputation all speak in favor of this.

I follow a program at ITMO’s Faculty of Secure Information Technologies. It is pretty much a double-degree program, as ITMO University has many partner universities in other countries. I knew about this faculty and program even before I joined ITMO, and I have to say that this played a major role in me choosing ITMO among all the other options I considered.

Studying at ITMO will definitely benefit my further career and life. While I’m doing my Master’s program, I’m also very interested in participating in the various events and activities that take place at the university. In future, when I return to my home country, I plan to stay in touch with the ITMO Alumni Association. I’ll be glad to communicate with other ITMO graduates, as well as acquaint my friends and family with ITMO University. Also, I’d really like to present ITMO and its Alumni Association to my colleagues at Kabul University.

I am currently the PR coordinator of ITMO’s Get Local club. We focus on helping international and exchange students integrate into a foreign environment. Our goal is to offer them an opportunity to make the most of their time here. As a coordinator, I work with the club’s other members on planning our events in such a way that they would involve as many students as possible. We also help our members to communicate with each other and offer relevant information on all of our activities.

I believe that all ITMO students should have the right to benefit from our events. What’s more, most of those who study on exchange and double degree programs are new to St. Petersburg and Russia, so I feel the responsibility to give back, be involved in the club’s activities and thus help to integrate other students into a new environment.

We all know that student life is considered among the most important stages of one’s life. It lays the groundwork for our future dreams and hopes. This is a time for training and learning new things. For this reason, I’ve always wanted to use it to its fullest. My plans have to do with combining active social life with my regular studies. Communicating with other international students is an important part of my student life, as I’ve already learned a lot from my peers at ITMO, and it motivated me to learn more about their countries, cultures and traditions. This helps me understand them better, and works as a great stress relief. I try to participate in as many social events, competitions and educational trips as possible in order to make the most of this golden time of my life.

I come from India. I got my Bachelor’s degree at Amity University, and after I graduated, I started looking for good affordable Master’s programs. Eventually, I learned about ITMO University. I only did as much as leave my email in the Contacts section, as I didn’t know whether they’ll invite me to study here, with the university’s ranking being so high. Now, I can say that I’m ready to become part of its alumni community, and I’d like to represent ITMO in my home country.

I’m also a member of the Get Local club. This is a great club for not just international students, but also everyone who is ready to participate in fun events. Get Local organizes movie nights, meetups and many other activities. I learned about it from a post on a Facebook page of an international students community, and my friends and I decided to give it a try. It looked fun: it was an opportunity to meet more people from different countries, learn about other cultures and just hang out.

Nowadays, I’m mostly focusing on going to lectures and doing assignments (I believe every student’s life comes to that). In winter, I’m too lazy to leave the dormitory. I hope to participate in more events in summer, but for now, I prefer to hibernate like a Russian bear.