Internship at Huawei: 5G Networks and Robots in Hotels

Ten students of ITMO University’s Faculty of Infocommunication Technologies and St. Petersburg State University went to China to take part in a two-week internship at the Huawei company. Apart from getting an insight into modern telecommunication systems, they learned about various configuration devices and the future of 5G communication network systems. In this interview with ITMO.NEWS, participants Mikhail Galperin, Ksenia Pyagai, Polina Merkulova and Oleg Yurgenson share about their experiences. 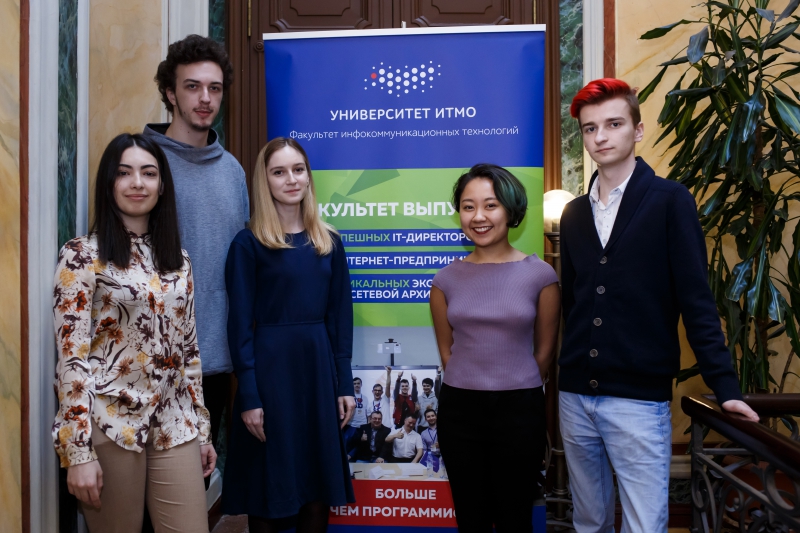 Participants of the Seeds for the Future program

Seeds for the Future program

Launched by Huawei in 2008, Seeds for the Future is a program aimed at helping students familiarize themselves with the latest trends in the field of infocommunication technologies. Students from all over the world are invited to participate, but this year’s program only included students from Russia: among the participants were students of ITMO University and St. Petersburg State University.

The internship was held in two stages. We spent the first week in Beijing, where they taught us the Chinese language and calligraphy at the Beijing Language and Culture University; we had lectures every day from 9am till 5pm and spent the remaining time sightseeing. We lived in a hotel situated at the heart of the university district of Beijing, so we had an opportunity to get an insight into the Chinese university environment and see how things work there. It’s interesting, for example, that Chinese students drink a lot of water and big coolers are everywhere on the university campus; or that most payments are made via WeChat Pay using QR codes. Because of that, we couldn’t even rent a bike without locals helping us out.

At the beginning of the second week, we moved to the city of Shenzhen where we had our classes in information and communication technologies, including data transmission and cloud-based technologies, network architecture, and 5G. At the end of the internship, we were awarded certificates of participation.

Shenzhen is a very beautiful and green city. Some 40 years ago, it was declared a special economic zone. Up until then, it was but a small fishing village. Over these 40 years, its population has exceeded the one of Moscow. We even went to the village where the first colonists lived. Apart from that, we visited the Shenzhen Museum of History and attended a massive light show.

In fact, the entire internship revolved around 5G technology. 5G is a new kind of network that will allow for improvements in the Internet of Things, self-driving cars, and cloud-based technologies.

Ensuring high speed of data transmission in any place within the network coverage area, 5G is the future of wireless technology. As data is available everywhere on a user’s request, this technology is ideal for cloud-based services.

The era of 5G technology will be characterized by the transition to software-defined networking technology (SDN). Compared to traditional cloud-computing technologies, SDL facilitates network management and enables efficient network configuration in order to improve network performance and monitoring. Another distinctive feature of 5G networks is the extensive use of Big Data technologies and artificial intelligence.

A vivid example of how 5G technologies can change our lives is the industry of self-driving cars. The current 4G networks aren’t quick enough to give cars human-like reflexes when they communicate with each other on the road, while the new generation of wireless communications will offer ultra-fast connections and speedier data downloads, which will enhance collision avoidance by improving vehicle-to-vehicle communications among self-driving cars.

Last year, Huawei tested the new technology and they plan to begin large-scale 5G trials in several Chinese cities this year. In 2018, Huawei and Megafon signed a cooperation agreement concerning the development of 5G networks and services in Russia.

During our internship, we also visited the company’s exhibition center featuring the latest advances in the field of 5G networks and high-speed data transmission. There you can play a computer game at 8K resolution or draw a picture which will then be engraved on a coin by a robot.

In Shenzhen, we lived in a hotel belonging to Huawei and designed for the company’s staff and guests. Part of Huawei’s new campus, the hotel boasts a high level of automation: for instance, they use robots to serve food to their guests.

What also amused us at Huawei were long lunch breaks lasting up to two hours. The company’s staff have lunch during the first hour and then sleep during the second – there are even special couches in the lunch area. By the way, students in China have the same long lunch breaks.