The new technology expands the coverage area even when the signal is weak by redirecting radiation from the base station to personal gadgets, drones, sensors, and other devices in the network. Compared to analogous devices, the new antenna is more energy-efficient, cheaper to produce, and has a simple adaptable design. 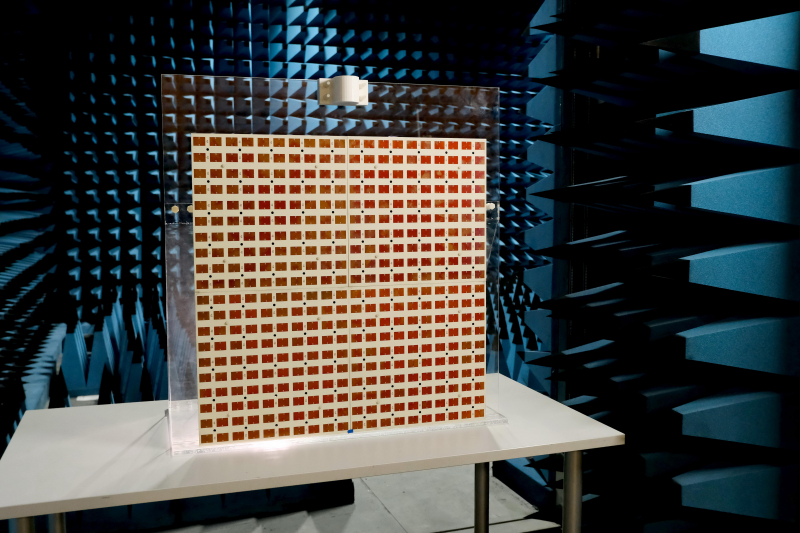 More and more devices need to be constantly connected to a mobile network – not only mobile gadgets but also smart home systems, driverless cars, drones, and various sensors. 5G, the new wireless standard for mobile networks, is meant to support the performance of the annually growing number of such devices by using new frequency bands – up to 52 GHz. However, uninterrupted and fast data transfer at these frequencies is only possible within line of sight of base stations. Even an ordinary interior wall can significantly reduce the signal level.

The areas unreachable by the signal can be equipped with additional base stations, but this requires considerable technical and financial expenses. Researchers from ITMO’s Faculty of Physics have suggested an easier and more affordable solution – a scalable antenna controlled with light.

“Our antenna is an array made from many reflectors, each of which has an embedded photoreceiver. The new device needs to be positioned in such a way that it can redistribute radiation from the base station to devices located in hard-to-reach areas. Notably, the process of redistribution can be dynamically controlled and directed with a specially developed device that works like a remote control – it sends an infrared digital code to the elements of the antenna so that it focuses 5G field to the required spatial area,” says Andrey Sayanskiy, a researcher at ITMO’s Faculty of Physics.

The new device doesn’t contain any complex or expensive components – it is constructed from identical modules that can be removed or added like LEGO blocks. This design makes it possible to scale the antenna to any size thus making its production and design process significantly cheaper and easier. The device can be placed on the outer walls of buildings or installed inside. Moreover, it is energy-efficient – when located outside it will only require a solar cell to power itself.

The scientists currently have a working prototype that demonstrates high reliability in data transfer. Next, the research group will test the new antennas in different conditions and make them market-ready.