A native of Sweida, Syria, Shireen decided to continue her studies at ITMO University after graduating with a Bachelor’s degree from the University of Damascus. She is currently working on her Master’s degree in Laser Engineering and Laser Technologies. Despite being in lockdown due to coronavirus for the last three months, she still maintains a positive attitude and practices playing traditional music. 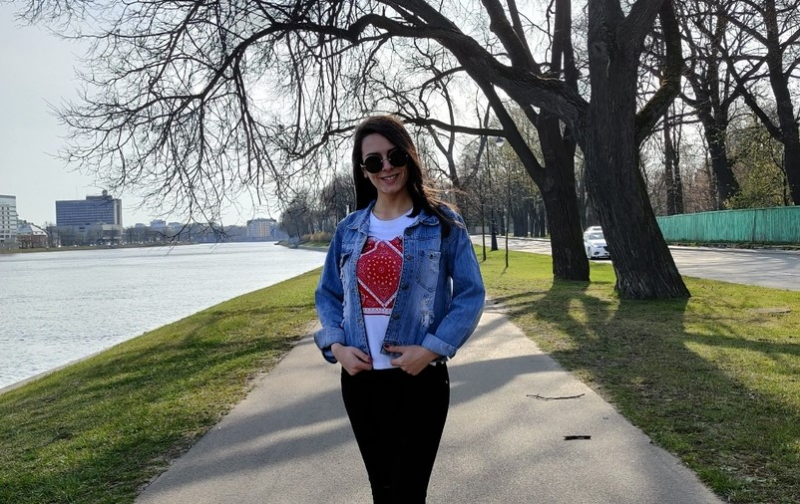 What surprised you the most about Russia?

In the beginning, my main purpose in coming to Russia was to get my Master’s degree in Laser Engineering and Laser Technology. When I arrived here, I became more interested in this country. I liked how this culture was built upon developing a new definition of literature and technology, especially when it comes to the arts. I loved the innovation of the Russian musicians and composers who added more passion for classical music, such as Tchaikovsky, Rimsky-Korsakov, and Anton Rubinstein. Of course, there are also amazing singers like Alexander Gradsky, Anna German, and many others. Finally, I have got to say that the architects of St. Petersburg are truly out of this world: every part of the city has its unique perspective and looks. It’s really when the sun is out that you can see all the detail in the buildings.

What were you doing before coming to Russia?

When I graduated from the National Center for the Distinguished as a high school, I went to study at the University of Damascus, where I completed my Bachelor’s degree in a special program Laser Science and Technology supported by the Distinction and Creativity Agency.

What do people often tell you when they learn where you are from?

They ask me about the war, and how is the situation there right now. Also, someone told me they would like to visit as soon as it gets safer.

What can you say about your hometown? Could you describe a little bit what it’s like?

Syria is home to diverse ethnic and religious groups, which is why we have a diverse civilization. Syria is a beautiful place to live in, except for the situation of the war, which is not comfortable at the moment. There are many amazing archaeological sites in all Syrian cities, such as Palmyra, the Roman Theatre at Bosra, and a lot more. And it’s one of the countries that contain many natural resources. Also, most of the people in Syria are well-behaved and kind.

Why did you choose laser technologies as your field of studies? What did you find interesting about it?

During my studies in the laser field back at the University of Damascus, I realized that I quite liked it, so I decided to focus my education on the laser technology and the amazing applications of lasers in our daily life. To be honest, this is still my first year here. During this year, I’ve only been learning the Russian language and a little bit of physics and math. I still have not gotten the chance to delve into my major. Right now we have the coronavirus issue, and I have not been at the university already for three months.

All I can say so far is that most of the people I have interacted with are nice and helpful. I am excited to see what ITMO University has to offer.

Why did you choose to enroll at ITMO?

I chose ITMO University because of its expert reputation in the field of optics and also because of its high rankings and level of education. Also, it’s located in St. Petersburg, which is a very beautiful city.

Yes, I have many favorite places like the Lopukhinskiy Garden by the river near the dorms. I also like to walk around the Nevsky Prospekt, and other places.

Do you have any favorite works of art?

Yes, of course. I am into music: I play a string instrument called oud and particularly like traditional music. Here in Russia, I like the works of artists such as Anna German and Alexander Gradsky.

I think a student should always be focused on their educational goals and work hard. At the same time , it’s important to keep doing the things you enjoy and get the most out of life.

I would invest the money in small stocks: to help grow the economy and at the same time to benefit my future.

How are you spending your time now in self-isolation?

I attend my Russian, physics, and math lectures. I practice sports every day. I spent time with my friends in the dormitory and we try to have some fun in these hard times. I play music and do my homework.