The Artificial Intelligence Journey conference took place online on December 3-5, 2020. The event is among the world’s largest discussion platforms on artificial intelligence. 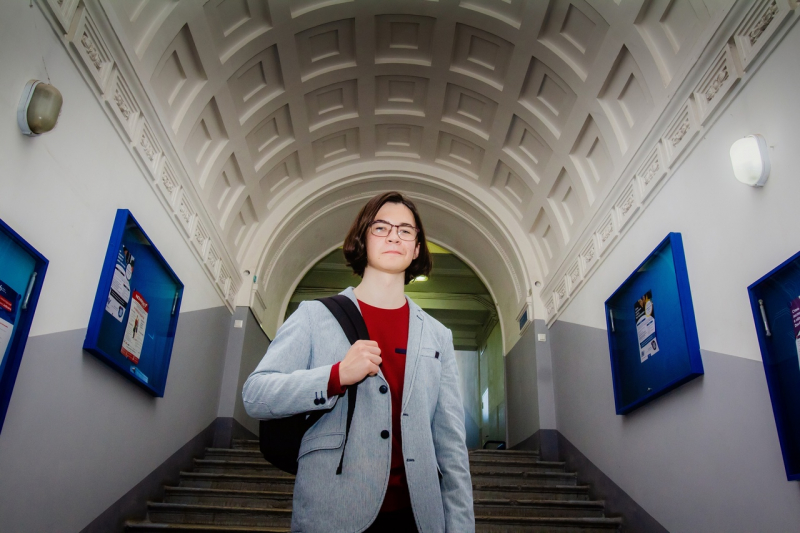 Artificial Intelligence Journey is among the top-5 leading conferences on data analysis and the development of artificial intelligence. In the course of three days, over two hundred Russian and international specialists gave lectures, conducted workshops, and shared the newest inventions in the field of AI, data analysis algorithms, and machine learning.

The conference’s first day was dedicated to the scientific aspects of AI, including the upcoming opportunities for the development of associated technologies and their distant future. On the second day, experts discussed the issues of the application of AI in society, business, and government.

The third day was dedicated to Sberbank’s new project for school students AI Journey Junior. It started with a joint lesson on AI by Russia’s youngest and most promising IT specialists, among which Sberbank named Daniil Kazantsev, first year student at ITMO’s Information Technologies and Programming Faculty.

He spoke of a project he started back in his ninth grade which is composed of electromyographic sensors, a mobile app and a voice assistant that’s based on an AI system that translates sign language into spoken language based on data on the activity of hand muscles (you can read more about this project here).

Daniil underlined that according to statistics from WHO, 466 million people, i.e. six and a half percent of the planet’s population, suffer from hearing and speech impairment. And the goal of his project is to make it so that every person despite their physical abilities could be heard and understood.

Among the other young experts were Kirill Averyanov, a nineteen year old developer who’s been already working at VK since the age of sixteen, a nominee for the Forbes Under 30 list, Denis Shilov, an HSE student who created a device for controlling equipment by means of facial gestures, Nikita Kozlov, student at Warsaw University of Technology, absolute winner of the International Contest of Engineering Teams (ICCET), and Mikhail Yasnov — a ninth grader and award winner of the NTI Contest in the AI category and graduate of ITMO’s Creative Robotics Laboratory.

The younger participants did not just present their projects but also participated in a discussion with Alexander Vedyakhin, first deputy chairman of the Board of Sberbank, and Anna Archibasova, a young graduate of Sberbank’s AI Academy and founder of the Contour startup that focuses on self-driving systems for freight cars.

They spoke about their careers in IT, the origins of their interest in computer science and lessons on the internet, discussed their attitude towards higher education and the prospects of AI in the future.

According to Daniil, the invitation to the conference was a pleasant surprise.

“I got a great experience of participating in such a major event. Everything was organized on a very serious professional level. For two days, I’ve been listening to lectures non-stop: there were many speakers, all of them spoke about very interesting things, and I had to choose. I liked the lecture by NVIDIA on the possibility of creating a generalizable AI. On the whole, this topic was being discussed throughout the whole conference, as many see it as an important task for the foreseeable future.”

Among other speakers of the third day were also Ed Newton-Rex from TikTok Europe, who spoke about the creative capabilities of AI in such fields as graphic art, music and literature, and Kim Pallister, Intel’s chief segment architect for gaming, who gave a lecture on the use of AI technologies in computer games.

This was the first time that Sberbank organized an event specifically for young IT specialists, but they plan to start organizing such discussions, lectures, open lessons and workshops on a regular basis. The organizers believe that it is the young generation that will determine our future, and the opportunities for education should be available to everyone despite their age, location, and level of training.