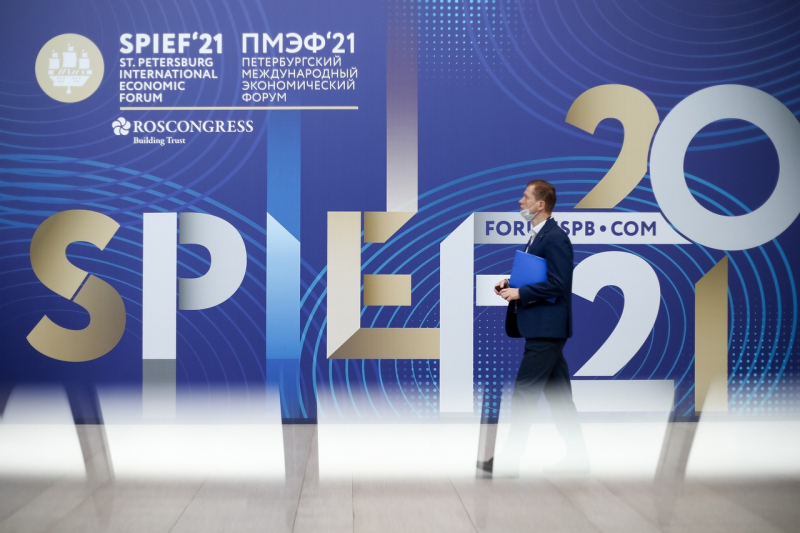 Synergy of education, science and industry

ITMO actively participated in SPIEF discussions on the interaction between education, science, and industry. ITMO’s Rector Vladimir Vasilyev was interviewed about higher education and ITMO’s practices, and took part in the discussions Technology Transfer from Science to Business: How to Manage Growth Dynamics and Business and University: What Kind of Education Does the Economy Need Today? During a discussion on entrepreneurial education, Vladimir Vasilyev shared his take on the essential qualities for an entrepreneur and how higher education can help acquire them.

“Education in the deep tech field is first and foremost about people who are open-minded and ready to take risks. They are those who know how to turn risk into experience and bear responsibility for the decisions they make. An educational institution should provide freedom in the general sense of the word: not to herd everyone down the same “tunnel,” but to give them the opportunity to find their way. If we’re talking about training entrepreneurs, these qualities should be an integral part of the university’s strategy. If they’re not, then it’s better not to get into that business at all.”

Daria Kozlova, ITMO’s First Vice Rector, was also actively sharing ITMO’s expertise at the forum. During the discussion Innovative Educational Technologies in the Service of Business, she explained how the pandemic has accelerated the university’s digital transformation and underlined the importance of cooperation between educational platforms. According to Daria Kozlova, for ITMO the year 2020 presented not only challenges, but also an opportunity for a rapid upgrade.

“The new reality we're in is awesome, and we're really happy! We wanted to find the right balance between the real and the digital worlds, and the new reality meant that we could become more open and transparent much faster. Innovative technologies and formats are our key focus now,” she adds.

At the session Bloom Where You're Planted? Why Young People Are Leaving the Regions, experts discussed the means of keeping youth in the regions and whether the government should intervene in the matter. Daria Kozlova suggested the optimal solution:

“ITMO is a place of growth and opportunity. We don’t believe in brain drain, we believe in academic mobility. Every student has to try learning at a different place, acquire cross-cultural skills, and leave their comfort zone. And our students, once they’ve received their PhD abroad, still come back to us. Speaking of internal migration, we should think not in terms of bringing it down, but in terms of finding new ways to collaborate with regional universities to create points of attraction for youth all over the country.”

It’s not only Russia’s many regions that need young people, but also every field of activity, especially business. Alexandr Kapitonov, dean of ITMO University’s Faculty of Infocommunication Technologies, took part in the panel discussion Live and Learn: Educational Trajectories of Young Professionals and Skills of the Future, where he among other experts talked about the competencies needed for a successful career, the most promising professional tracks, and much more. Alexandr Kapitonov noted that students at ITMO can accentuate regular classes by joining a variety of student clubs, sports clubs, and other projects in which they can develop their soft skills and try on different roles, including those of team leaders. And as for the future, it is hardly predictable:

“Completely new fields will emerge, just as the internet and mobile banking did before. In ten years, everything will be different. But, in my opinion, the most promising fields right now are biotechnologies, robotics, and their intersection through which we’ll be able to expand the brain’s capacities using the latest advances in tech and science.”

Initiatives and innovation are integral parts of ITMO’s activity, which was once more demonstrated by the university’s young startup leaders attending the forum. ITMO student Olga Kokorina was one of the speakers at the panel discussion Youth Entrepreneurship at Universities: A Focus on Business Associations, where she shared her experience of organizing a stage of the social entrepreneurship contest Hult Prize and talked about the Ogurtsy (“Cucumbers” – Ed.) project, which provides employment for people with disabilities, as well as about the Eatme online food waste management project, which helps preserve the energy used in food production.

The university’s student entrepreneurs also took part in a public talk with Valery Falkov, the Minister of Science and Higher Education of the Russian Federation. Denis Goncharov talked about NOLI Music – a guitar that makes musical education available to people with disabilities, as well as the accompanying app. Olavi Siikki, the creator of a smart clothing project, noted that synergy between students and deep tech projects makes it possible to devise projects faster. Olga Sokolovskaya spoke about a wound- and scar-healing drug that has already entered the market. Valery Falkov, for his part, noted that a good university provides the opportunity to think of the unthinkable.

Science of the future

In many fields, there already are platforms that help evaluate projects’ efficiency, shape their digital images, and divide resources. Keeping in mind that such technologies have to be applied in science, too, experts from ITMO suggested integrating the digital metaspace into research: this will help create new knowledge generation processes, as well as build an efficient system for resource management and labour division around the PIs, and implement research projects with transparent expert evaluation. Klavdiya Bochenina, a senior researcher at the National Center for Cognitive Research, explained in detail how this tool can function:

“What kind of a tool is that? It’s based on dynamic knowledge graphs that are created by users of the digital metaspace. The main goal of the digital metaspace is to help produce knowledge. That’s why PIs should have a tool to observe research from different points of view and not only look for information but also contribute ideas, methods, and practices. We want to create a tool that can fit into your pocket.”

Alexey Slobozhanyuk, dean of the Faculty of Engineering Research, made another suggestion on how to improve research projects during the discussion titled Support Measures for Young Scientists: From Basic Research to Addressing Regional Socioeconomic Development, where he presented a project on managing science and business interactions through tackling the R&D agenda.

SPIEF is not only about sharing expertise, but also about forming new collaborations. In total, ITMO signed four agreements at the forum.

The first agreement concerns the creation of a cutting-edge data processing center with an immersion cooling system at the innovative R&D center in Yuzhny satellite city. The system will make it possible to use excessive energy to heat nearby buildings. This will help reduce the energy consumption and cost of the data processing center’s engineering infrastructure by 20%, as well as increase the density of equipment placement by four times.

Moreover, according to the second agreement, ITMO Highpark will become the first pilot site of the Smart Campus project, which is a digital ecosystem for managing university infrastructure. The goal of the project is to create a comfortable and safe environment for life and learning at ITMO Highpark.

The third agreement targets the launch and development of a “cyber training ground” at ITMO Highpark. There, students will study cryptographic methods of data protection, multiagent systems, methods for designing information security solutions for cyberphysical systems, as well as solve practical tasks set by the center’s business partners.

Finally, according to the fourth agreement, ITMO will host a pilot version of an intelligent vertical urban farm. The project will employ the concept of industrial symbiosis to recycle organic waste. This green approach to agriculture will not only provide for economic growth, but also improve the quality of life and environmental conditions in the region.

Naturally, these are just some of the events and talks that ITMO took part in at SPIEF 2021. For instance, one of the notable cultural events was the Qatar Legacy Handover Ceremony, where ITMO became a partner of Qatar’s legacy and sustainable development program. As per the initiative’s premise, various parts of Qatar’s pavilion at the forum will be divided between various educational, cultural, and social organizations across Russia – this way, the impressive design of the pavilion, from designer furniture to the woven rattan roof, will live on without any damage to the environment. This gesture underlines Qatar’s aim to foster not only business, but also cultural relations with Russia. Daria Kozlova was presented with a certificate confirming ITMO's status as a partner of the program.