Space Tourism: How to Book a Flight to the Orbit

The concept of space tourism is far from new: as far back as in 1967, only six years after the first human space flight, Barron Hilton and Krafft Ehricke had ruminated on the subject, but their plans did not come to fruition. At last, in the mid-’00s, the first private space explorer had joined the crew of the International Space Station. Today, dozens of private companies operate on the market of space, or more precisely sub-orbital, tourism. We tried to find out what it’s like to go to space as a private citizen and how much it can cost you. 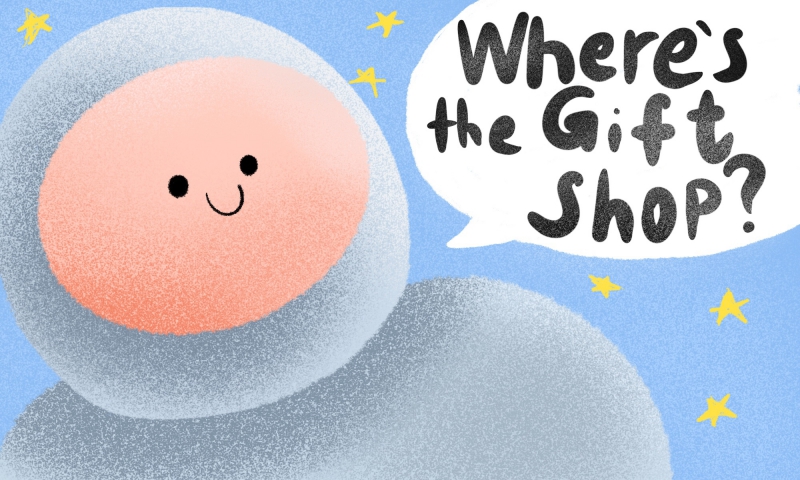 Who’s who in the space tourism industry

The Russian state corporation Roscosmos and the US company Space Adventures, Inc. have been carrying out commercial space flights since 2001, starting with the historic flight of Dennis Tito, the world’s first space tourist. Since then, only seven people have participated in the program. Even today, despite the many claims made by the likes of Elon Musk and Richard Branson, Space Adventures is still the world’s only company that has experience in the field.

In the past 15 years, private companies have, too, made great strides. In the USA, China, and Europe, space tourism is slowly transforming from ideas and blueprints into a legitimate business. The private space industry’s main areas of development are the production of rockets, spacecraft, and small satellites, along with the collection and sale of their data, and finally, space tourism.

A great number of US-based private enterprises are competing in the field of so-called suborbital tourism, with Richard Branson’s Virgin Galactic at its forefront. The company’s SpaceShipOne craft had its first test flight in 2004.

On October 5, 2016 Jeff Bezos’s Blue Origin had successfully conducted a test of its in-flight escape system; on April 29, 2018 it had completed the eighth test flight of the New Shepard rocket. After rising to the altitude of 107 kilometers, the crew capsule had split from the craft and landed using a parachute, while the single-stage rocket booster executed a vertical landing. Contained within the capsule was a crash dummy aptly named Mannequin Skywalker after a Star Wars character.

On February 22 of this year, Bezos’s competitor, Virgin Galactic, had launched its SpaceShipTwo suborbital spaceplane from an airstrip in the Mojave Desert with two pilots and a passenger aboard it in addition to four sets of NASA equipment. The ship returned successfully after climbing to the altitude of 89.9 kilometers. The US Air Force and Virgin Galactic place the inner edge of outer space at the altitude of 80 kilometers; the Fédération Aéronautique Internationale, however, places it at 100 kilometers above ground level.

Last year, Elon Musk’s private space company SpaceX signed its first contract with a space tourist, which the company described as “an important step toward enabling access for everyday people who dream of traveling to space.”

Back in 2006, the Airbus company had announced its SpacePlane project. According to its designers’ premise, the vehicle, close in size to a small jet plane, can take up to four passengers to an altitude of some 100 kilometers. In addition to tourist trips, the SpacePlane would also be used for suborbital research missions.

In 2014, a prototype of SpacePlane was tested above the South China Sea. Four times smaller in size than the proposed spacecraft, it was developed by Airbus Group’s experts together with the company HOPE Technik with the support of Singapore’s Economic Development Board.

During the IAC2016 conference in Guadalajara, Mexico, representatives of the China Academy of Launch Vehicle Technology (CALT) had announced plans to develop a spaceplane capable of carrying 20 passengers. The vehicle would take off from a vertical position and, upon reaching a specific altitude, descend and earth similarly to a regular plane. The proposed spaceplane would potentially be used not only to carry passengers, but also to deliver small cargo, such as satellites, to the Earth orbit.

The Russian private space tourism market can hardly even be called “developing”. A small number of companies are prepared to work in the field of private space travel. One such company is Cosmocourse, which aims to develop its own multi-use rocket and spaceship; in March of this year, Cosmocourse signed a contract with the administration of Novgorod Oblast, agreeing to construct a spaceport in the Nizhny Novgorod region. The company plans to conduct 115-120 flights per year.

Dennis Tito, an American of Italian ancestry, became the first space tourist onboard the ISS. His week-long trip in 2001 cost him 20 million US dollars.

Mark Shuttleworth, a South African millionaire, became the second space tourist in history on April 25, 2002. In addition to recording his trip, he conducted research on the development of embryo and stem cells in zero gravity.

Anousheh Ansari, an Iranian-American engineer, is the first female space tourist who visited the ISS on September 18-29, 2006. Ansari was actually a back-up for Daisuke Enomoto, a Japanese would-be tourist who was disqualified for medical reasons. Ansari conducted four experiments and became the first person to write a blog from space.

Guy Laliberté, a Canadian businessman and the co-founder of Cirque du Soleil, became his country’s first space tourist in 2009. Laliberté’s trip had cost 35 million US dollars.

Preparation for a trip to space begins approximately six months in advance and consists of several stages, explains Denis Shapiro, who has worked in flight management at the Russian branch of Space Adventures, in an interview to Vitaly Egorov (Zelenyikot).

Almost all training takes place in Russia, at Star City, and the Korolev Rocket and Space Corporation Energia. Take-off and landing also utilize Russian rockets and Soyuz spacecraft. The budding space tourists must comply with all medical requirements; if they do not, no amount of money will get them permission to go to space.

Once a contract is signed and the medical testing is finished, the preparations can be categorized into several parts:

How much to go to space?

The flight and stay on the ISS

The first space tours had cost their customers 20 to 25 million US dollars; in July 2007, the price increased to 30-40 million. It was also then that the price of another activity was revealed: taking part in a spacewalk would set the tourists back another 15 million USD.

According to Pavel Pushkin, the CEO of Cosmocourse, the Russian ship’s maximum altitude will be 1.5-2 times higher than that of Blue Origin, and thus the time spent in zero gravity will increase from 3 to 5.5 minutes while the price stays the same. During the period spent in zero gravity, the passengers may unbuckle themselves and observe the planet through one of the six portholes.

Astronauts and space tourism experts predict that prices for private space flights will decrease as the demand grows and more companies begin to offer such services.

Is there a cheaper way?

It’s not exactly the same, but you can go on a trip in a zero gravity plane, just like the band OK Go did for their music video Upside Down & Inside Out. ZeroG, a US-based company, offers flights during which the passengers get to experience 20-30 second spells of near-weightlessness for 15 times. A ticket to one such flight will cost you around $5,000.

Starting this year, Roscosmos is bringing back its tourist program. In February 2019, the company and its partner Space Adventures signed a contract agreeing to a series of short-term space flights to the ISS for two non-professional astronauts on one ship. The flight is expected to take place sometime before the end of 2021. Roscosmos plans to launch up to four flights to the ISS every year, said Dmitry Rogozin, the director general of Roscosmos.

Blue Origin: Jeff Bezos’s company plans to send a human into space by 2019.

SpaceX: Last year, the company named the Japanese billionaire Yusaku Maezawa as its first passenger on a flight around the Moon planned for 2023.

Cosmocourse: The Russian company plans to carry out its first commercial flight in 2025.