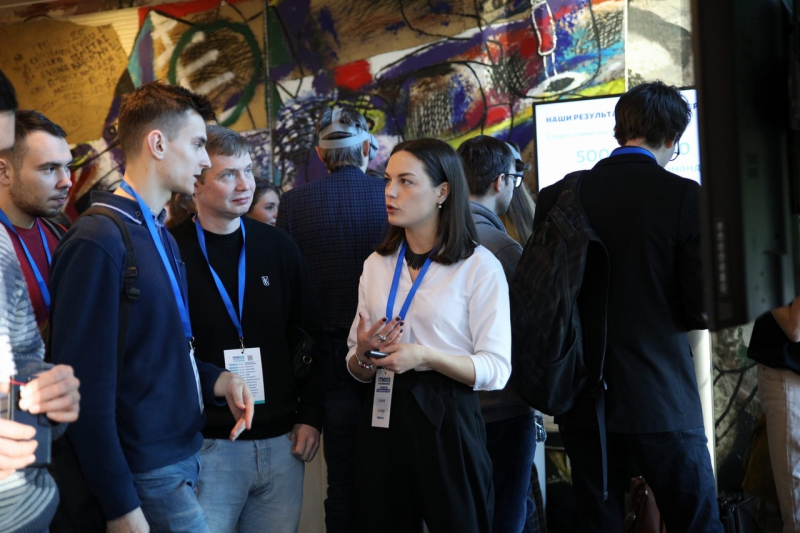 ITMO Open Science is a scientific conference that aims to provide an opportunity for representatives of different ITMO schools and departments to speak about their work and research results, discuss new projects and their joint implementation.

The event consists of several sections: Mega Battle, Power Pitch, Future Now, Industrial Battle and Open Talk, with each format opening different opportunities for the conference’s participants. These could be not only heads of international research laboratories and other ITMO units, but also young scientists: ITMO University’s Master’s and PhD students.

Each about their own

The conference opened with Mega Battle, at which the representatives of each ITMO school spoke about the new research fields adopted by the university in recent years. According to the organizers, this year the university’s staff have managed to move beyond the boundaries of exclusively scientific research and talk about conceptually new and unexpected solutions for ITMO. For one, professor Alexander Boukhanovsky spoke about a new National Technology Initiative Center at ITMO, while professor Vladimir Dubrovsky focused on a laboratory created as part of a Russian Science Foundation grant.

The following section, Power Pitch, presented the representatives of different ITMO University units with the opportunity to speak about their latest research and promising scientific discoveries in just three minutes. Denis Baranenko, associate professor at the Faculty of Food Biotechnologies and Engineering, spoke about how personalized nutrition promotes longevity; Alexey Peregudin, assistant at the Faculty of Control Systems and Robotics, explained why a neural network represents the right hemisphere and the control theory – the left one, and how to reconcile these two approaches in the programming of robots; while Alena Shchelokova, research associate at the Faculty of Physics and Engineering, shared some examples of new meta-coils for MRI with reduced radiofrequency load.

From general to specific

At the Erarta exhibition halls, ITMO University’s students and young scientists presented their research theses as part of the Future Now section.

For example, Ekaterina Alekseeva, Master’s student at the ChemBio Cluster, spoke about the role of fractalkine in metastasis.

“Fractalkine has a receptor which is expressed on immune cells and on tumor cells, thereby attracting cancer cells to the metastasis zone. The study was conducted on the THP1 cells (leukemia), with the experiments proving the expression of fractalkine in this line. We think that this axis is involved in the spread of leukemia and other formations. Fractalkine hasn't been previously considered as part of cancer therapy, but we believe that by suppressing its production, there is a chance to reduce the development of metastasis in the patient’s body,” explained Ekaterina Alekseeva.

Ekaterina Podlesnova, PhD student at the Faculty of Laser Photonics and Optoelectronics, shared the results of the research on new materials for lithium-ion batteries. She talked about copper-oxide nanowhiskers whiskers, wire-type crystals the length of which is much larger than their diameter. According to Ekaterina, it is these nanowhiskers that could potentially become new material for the anode. Experiments have shown that one-dimensional materials improve the mechanical stability and kinetics of the electrochemical reaction and charge transfer in the electrode.

“This is my first year participating in ITMO Open Science, but in my opinion, this is a very interesting and useful event. Today at Erarta, there are a lot of specialists who are open to communication and willing to share their experience and knowledge. They approach you, ask questions, give advice, note something for themselves – this is amazing and very valuable both for the contributors and the audience,” commented Ekaterina Podlesnova.

Especially attracting the attention of the event’s guests were the stands with theses on health and research in this field. Among these was Ksenia Potanina’s report on companies specializing in urban farming. She shared that she came to Open Science with a scientific and business idea: to create a company that would conduct personalized health diagnostics, identify people’s ecosystems and their vitamin and mineral requirements, and then select an optimal diet and concentration of microelements. The customer will then be able to purchase equipment for soilless production of the recommended fruit and vegetables to easily follow their personalized plans at home.

“Right now I’m at that stage of developing my project where I need a team to carry out all of the research and create all the systems. I think that at such event as Open Science, it’s potentially possible to find team members because it brings together students from different faculties, giving us an opportunity to get acquainted with each other, talk and, perhaps, work on our projects together from that point forward,” said Ksenia Potanina.

What technology will change the world?

Becoming a format unique to the second ITMO Open Science was Industrial Battle, as part of which representatives of various industries demonstrated how they use cutting-edge technologies in their work.

For one, Dmitry Dozhdev, specialist in digitalization in the oil industry and staff member at Gazprom Neft, provided an insight into how the company makes use of artificial intelligence, as well as the general situation with industrial programming in his sphere.

“To be an effective company and remain operational, we have to become a digital company. We look out for the entirety of the spectrum of technologies that are already out there: we use robots and mathematical modeling because the world is changing and we have to be faster than before. We no longer can afford ourselves a couple of years to go into the field, which is why our work is actively incorporating AI, and in a variety of aspects at that: oil prospecting, oil extraction, and even quality control of the products at filling stations many of you use on the daily,” explained Dmitry Dozhdev.

Taking the floor next was Daniil Neverov, senior developer at Arrival Russia, who focused on which technologies are now used by the company for the functioning of a flexible robotic factory controlled by artificial intelligence.

After the presentations, the battle’s moderator offered the speakers and the audience to vote for the technology which will change the world. Dmitry Dozhdev and Daniil Nemerov opted for genomics and biotechnologies, while the audience jokingly voted for telekinesis and telepathy.

The event concluded with Open Talk, at which everyone could ask a burning question to ITMO University rector and vice rectors.

“To conduct an event once is good, but our goal is to continue this work. For we have a noble task: we want to improve the collaboration between different ITMO staff members and units. This year’s Open Science was a little different from last year’s. There were new speakers, a new format – Industrial Battle, and several English-language presentations at Power Pitches. But this is groundwork for the future, because we’re striving towards making the entire conference English-speaking. On the whole, we’ve expanded the range of topics for the speakers – both at Mega Battle and in the Future Now section, the participants spoke not only about science but also related aspects: conferences, innovations at the university, publications, because all of this is also an important part of life at ITMO and scientific community in general. I hope that Open Science will become a good tradition for the university and a meeting place for all ITMO specialists, both young and experienced,” shared Alexey Slobozhanyuk, organizer of the conference and research associate at ITMO’s Faculty of Physics and Engineering.