A recent Open Day by the staff of ITMO University’s Master’s program in Art & Science included a discussion on the topic “AI, Machines, Microorganisms. The Place of Humans in Future Art”. Its participants – media artists and the program’s speakers – discussed the current situation in which art is made without human involvement and creativity is no longer a trait exclusive to our species. Among the participants were Dimitri Ozerkov, head of the program and director of the Contemporary Art Department of the Hermitage Museum, Ippolit Markelov, bio-artist and biologist, Ildar Yakubov, media artist, Natalia Fedorova, mediapoet, and Ekaterina Nikitina, posthuman studies expert. 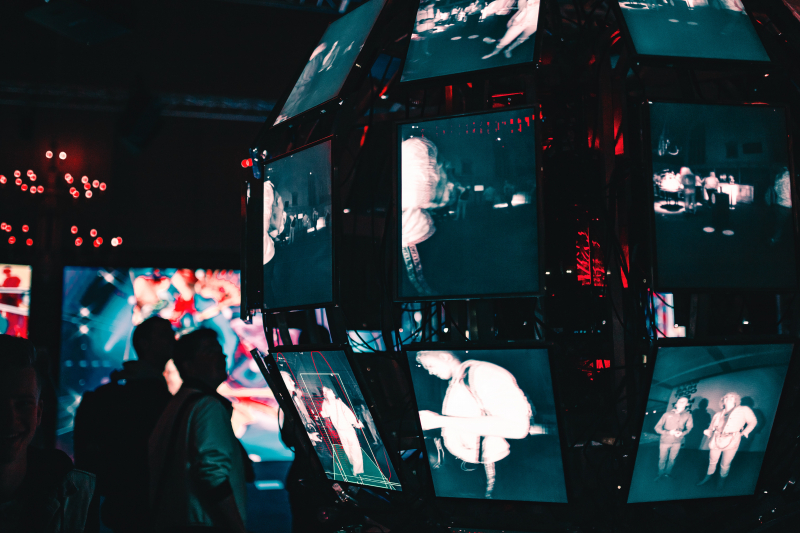 The participants began with a discussion of the idea that the definition of “human” as a noun and adjective is outdated and needs to be revised. Ekaterina Nikitina brought up a theory by the French philosopher Bernard Stiegler, who wrote that the homo sapiens only became “human” in the modern sense of the word once they got their hands on instruments and technologies – similar to the myth of Prometheus. A human is more of a product of random factors and circumstances – things that are external and non-human. And this is especially evident now, said the expert, when our new reality is dictated by a virus and we cannot help but follow these rules and change the way we lead our lives.

Media poet Natalia Fedorova expressed a prediction that the current epidemic will result in major changes to the social structure, philosophical thought, and art. It would also be interesting to see what post-quarantine aesthetics will look like: in a time when all communications and leisure have gone online, the internet has become the most crucial part of our lives. Perhaps this will lead to a revival of the once-flourishing field of internet art.

“Today, we have a completely different view on things that not long ago had seemed important, common, and absolutely necessary. Now, we realize that these things were not an existential characteristic of our existence. Finding new ones is philosophy’s current task. Modern art entertains many eschatological motives and discussions on aesthetics in their most medieval sense – as ways of defining the sublime and the limits of our soul,” says Natalia Fedorova.

Media artist Ildar Yakubov saw lots of potential in today’s political and social affairs. In his opinion, the current events will bring about a heyday of grassroots organizations and civil groups.

All of the participants agreed that the coronavirus situation as a whole will spark a rise in microbiological and virological art. Natalia Fedorova expects “virological poetry” to take shape quite soon – especially considering that some artists (such as Eduardo Kac) have already attempted to encode texts within bacterial genomes.

Biologist and bio-artist Ippolit Markelov, whose work involves microorganisms, pointed out that this is far from a new topic: bio-art pioneer Joe Davis had used bacteria in his art projects over 30 years ago.

For instance, in the mid-80’s, when the world was enamored with the idea of finding extraterrestrial civilizations and sending messages into space, Joe Davis worked with the “immortal” bacteria archaea, which are capable of surviving the most extreme conditions, including those of outer space. These bacteria could even be used to record messages which would potentially outlive humanity. But the question is – can something be considered art if it will outlive not only its author, but its recipients, too?

Humans and art of the future

We live in interesting times in an interesting place. On the one hand, we are all the first to have access to all of the knowledge accumulated by humanity, to use cutting-edge technologies and the results of the latest research. But these very same technologies can force us not only out of art, but out of existence in general.

Ippolit Markelov noted that our worldview revolves around the human, who is also seen as the main object of learning. But technologies and scientific forecasts are what will help us expand the limits of perception and understanding of reality – and there’s no guarantee that there’s a place for humans beyond those limits.

“We’re already starting to understand that humans aren’t really so unique; all of our functions can be described with algorithms and mathematical models. As computational capacities grow, and we develop quantum or even biological computers, we may end up abandoning the very nature of humanity. On the other hand, biotechnologies and the opportunities available to researchers right now exhibit tremendous potential: even now, we can create new forms of life. And a major question is how they will change and whether they will be as we imagined them. As an artist, I am if not inspired, then at least intrigued by this scenario,” he says.

As for future art, Ippolit believes that it will become a sort of research practice that would combine elements of science, technology, philosophy, and critical theory. But humans, undoubtedly, will be directly involved in it.

Ildar Yakubov, on the other hand, believes that art can exist perfectly well outside of human culture. One such example is non-human art, or art created by animals. Ekaterina Nikitina agrees: in her opinion, creativity is not a trait that’s exclusive to humans. Just take bowerbirds, who dedicate themselves to meticulously decorating their dwellings with flowers, berries, and anything they find, or the white-spotted pufferfish, which builds incredible statues out of sand.

The issue is that humans cannot shake away the notion of their exceptional nature and supremacy as a biological species.

“All of our understanding of biopolitics and ecology stems from an initial mythological narrative: we cannot think of nature as something having its own desires and needs; yet we also endow it with some sort of agency and rights that we try to protect. And the result is a vicious cycle. Many art projects try to raise these questions, but they remain entirely anthropocentric, focused on humans who condescendingly give nature rights, agency, and certain freedom of action based on their subjective points of view,” says Ildar Yakubov.

As for the topic of artificial intelligence, the artists’ opinions were split. Ekaterina Nikitina believes that the concerns regarding AI are mostly rooted in perception of AI as something bodiless and, therefore, superior to humans, whose minds are burdened with bodies. As a result, humans would no longer be such important and necessary creatures. That is where all of the apocalyptic scenarios of humanity being wiped out by machines come from.

Ildar Yakubov, on the other hand, does not see any issue with the fact that artwork generated by neural networks has quickly and easily become part of the creative process and is sold at auctions at the same cost as time-tested masterpieces. In his opinion, this development will free artists of obsolete practices and allow them to pay attention to something new.

“In my opinion, such graphic artefacts are nearly the same as, say, the works of Vermeer – a slick engineering trick. It’s just that right now there’s a lot of hype surrounding it. The fact that these images are becoming more and more compelling means only that it’s time to stop drawing such pictures. I am hopeful that technologies will continue to replace competencies that are part of human cultural activity – just so that people would be able to shift their gaze towards something else,” he says.

Natalia Fedorova refers to one of the types of neural networks – text generators – as a necessity in the expansion of linguistic limits and the creation of new poetry. Machines can work infinitely, producing massive amounts of options and results, magnificent and mediocre alike. They do not tire, do not self-reflect, and are not limited by any social linguistic norms. Our task, says the expert, is only to think of new forms and definitions for this aesthetic.

A complete recording of the discussion (in Russian) can be watched here.