New Astronautics: Who Rules Space and How to Make Money off It?

Who makes money off of space today, and how do they do it? How is it split between different countries? And how does one launch a startup in this field? This was the subject of a recent open lecture by Antonina Gromyko, project coordinator of Skoltech Space Center. ITMO.NEWS put down the main ideas. 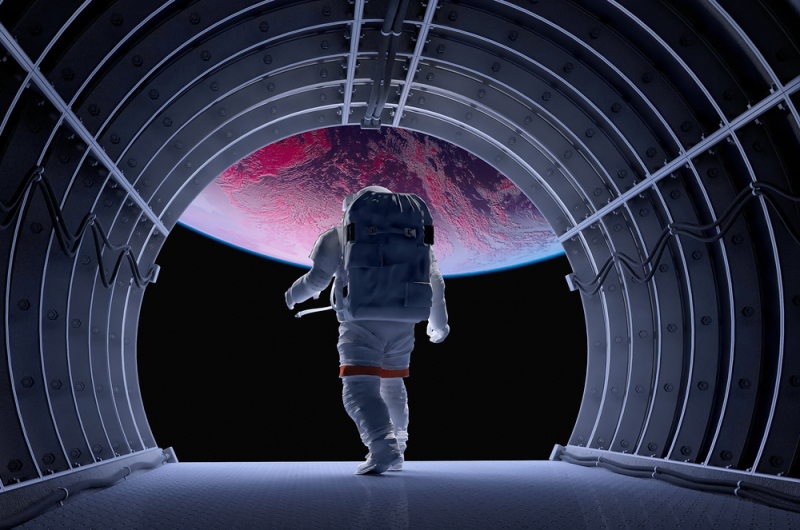 The commercial sector has become a major industry in the last 15 years, even though that was once considered an utopia. Today, the situation has changed drastically, and it is this sector that provides most of space exploration’s budget. If we were to talk in numbers, the space economics amounts to about $ 360 billion per year, and only 25% of it is federal funds.

The primary source of income is satellite services, television and the internet. Despite the fact that the overall share of the communications market is decreasing, stable internet access remains in high demand.

Space ports, launch sites and companies that can offer services associated with launching small satellites (smallsats) are actively developing. Another important sector is downstream infrastructure – everything that takes place on Earth and has to do with processing space exploration data as well as maintenance and assembly of space equipment. Those are satellite providers that offer various services.

By the way, when we talk about space, we imagine everything that has to do with upstream (i.e. what happens outside of Earth), but in reality, that is just 3% of the industry, and 97% of it (financial exchange, most of the personnel, companies, services offered) is downstream.

Up until the end of the 1990s, astronautics developed thanks to the tension

between two superpowers and the arms race. When this development driver disappeared, the question was how the “new” astronautics will develop. In the end, the decision was in favor of a commercial system.

So, how does commercialization change astronautics? Even from a psychological standpoint, it becomes closer and more comprehensible. What’s more, it also has an effect on the process: if once, doing something space-related implied a huge plant and a restricted area, now even minor companies can assemble smallsats.

The accessibility of space has attracted many different people, and entrepreneurs and investors haven’t been an exception. Every year, about 30 new companies appear in this segment, and the amount of investments into space-related ideas grows, as well.

In the field of satellite development we can trace the popularity of smallsats. The satellites are becoming smaller, and their numbers in constellations are growing. As a whole, this brings change to the whole industry.

As for the trends in the launching process, we can notice more affordable sites for smallsats emerging.

In client services there is a growing popularity of online operation, i.e. providing stable access to all connections instantly and 24/7.

What’s more, there’s also a common trend of considering space and astronautics not as some isolated sector – instead, people look for common grounds with other fields and opportunities for integration.

No one’s and everyone's

Countries operate in space according to international regulations. But there are problems that can’t be solved by no treaty, agreement or order; for example, what to do if some country wants to militarize space (test dual purpose technologies). Will it be a rule of force, or should such issues be solved by diplomacy? What are the rules for individuals in space? What about the Moon and other celestial bodies – can they be owned or do they belong to everyone, like space itself?

These unanswered questions show that space is not only a promising field for business but also a market where there are many white spots. Another example is responsibility for actions in space, for example for space debris. We’ve already developed technologies

to remove it, but no country is ready to take up this task, suffer the expenses — and be responsible before the whole Universe. Nevertheless, space-related startups are an interesting opportunity.

Antonina Gromyko is a project coordinator at Skoltech Space Center, MSc in Space Policy. You can watch the lecture in full here (in Russian).