The Pavlov Institute of Physiology in St. Petersburg plans to renew and expand its historical exposition dedicated to the life and work of Russian physiologist Ivan Pavlov in Koltushi. ITMO University professor Irina Aktuganova will take the lead in the creation of the renovated museum. 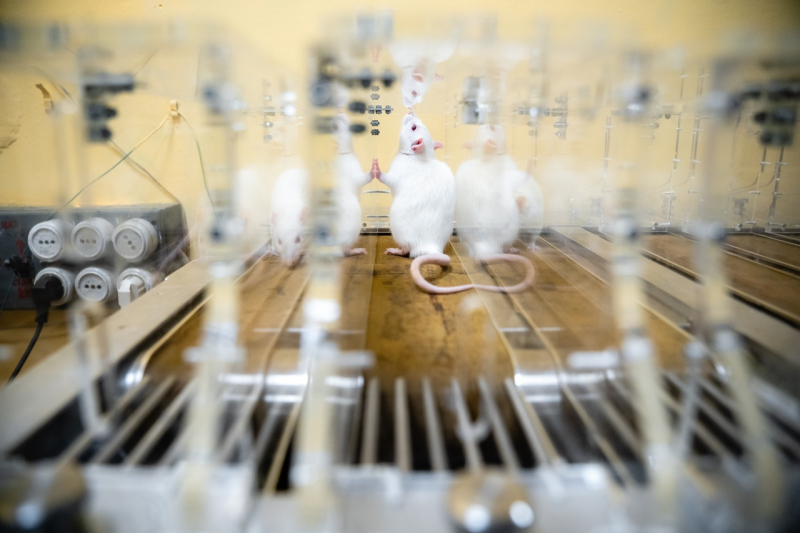 Tour of the Memorial Museum Estate of Academician I.P. Pavlov in Koltushi

Almost a century ago, the first science city in the USSR was founded not far from Leningrad (now St. Petersburg) in the village of Koltushi. It was a place where researchers could live and work side by side, dealing with the most pressing issues of that time. This town was purpose-built for the Institute of Physiology, which was newly established at the initiative of the Nobel Prize laureate Ivan Pavlov.

Now, this town is home to the Memorial Museum Estate of Academician I.P. Pavlov, located on the site of a former laboratory – a masterpiece of early Soviet constructivist architecture. For several years, Pavlov lived on the second floor of the building and worked in the laboratory on the first. After his death, some of the rooms were turned into a museum and some remained in use for scientific experiments.

Today, the entire building is a museum that popularizes science and the legacy of the first Soviet physiologists. Last year, the New Anthropology project was launched on the first floor of this building.

Now it is planned to reorganize the second floor, where the belongings of Pavlov and his students have been preserved. A group of artists – who also contributed to the competition and the implementation of the New Anthropology project – visited Koltushi to discuss the concept of the new exposition.

“The Museum now occupies 80 out of 350 square meters on the second floor,” says Irina Aktuganova, curator of the project and professor of ITMO’s Science Communication Master's program. “Almost a century has passed since Pavlov died – in that time, physiology continued developing, a Pavlov-inspired school of thought was formed, and many important scientists were its followers. That’s why we decided to create a museum that would reflect the most important milestones in this school’s development. We will strive to ensure that it is not a simple memorial museum that joylessly explains how someone was born, got married, and did something. Our task is to convey the atmosphere in which the school formed and scientists worked and lived alongside each other in Russia’s first science city”.

From evolutionary physiology to space medicine

Leon Orbeli holds a special place among the representatives of the Pavlov school.

“He was the successor of Pavlov's ideas and had his own scientific vision,” says Larisa Andreeva, head of the Memorial Museum. “Orbeli left his mark in science and founded the largest (after Pavlov’s) physiological school. His credo was evolutionary physiology and he also continued to implement the methods proposed by Pavlov in the study of higher nervous activity.”

The new exhibition will shine light on Orbeli's work at the Institute and his experiments in the field of evolutionary physiology. Equal attention will be paid to the subsequent years of the institute's life, including its contribution to the Soviet space program.

“The exposition will cover the school of genetics: Lobashev, Ponomareva, and Lopatin”, adds Larisa Andreeva. “There will also be the era of Chernigovskii. It is mainly associated with space medicine and the works of Alexander Ugolev – the founder of space gastroenterology and creator of space food for cosmonauts."

Look back through the lens of modern perspective

The artists will have to figure out how to maintain a balance between the historical environment with its authenticity – the scientists’ furniture, typewriters, equipment, and musical instruments – and new technologies. Even the first discussion of general vectors for the development of the exposition lasted more than two hours.

“The development of the museum will follow a new path. It will not tell a linear story about the development of science but present a story about life, the birth of creative ideas, and the importance of science cities. This will be reflected in some way with the help of new technologies while preserving the aura inherent in this place”, says Lyudmila Belova, an artist and project participant.

Media artist Yuri Didevich, also a member of the artistic team, notes that one of the prospective technologies is the restoration and enhancement of the quality of archive photographs and video with the use of neural networks.

“It affects our perception,” he explains. “We perceive archival media like a cartoon, as something non-living. It happened, but we can’t relate it to our lives because we perceive reality in a different manner. When you see an archival video or photo modified by modern technologies, in particular neural networks, you understand that it is about real people. The barrier created by the imperfection of media technologies is erased and you start to perceive the objects that are presented in a slightly different way. It can be used here as a kind of portal connecting the past with the present.”

ITMO University students of the Science Communication Master’s program also took part in the discussion of the new project. They were able to observe in real time how a new exposition was born.

“We spent the entire last semester on Zoom for obvious reasons,” explains Irina Aktuganova. “The students came up with their projects, but speculatively. I thought it would be a good experience for them to see how the design of a science museum really starts.”

“Such tours let you find out how it actually happens from the inside – not in theory, but in real life,” says Ksenia Navolotskaya, a student of ITMO’s Science Communication Master’s program. “We saw how the Institute and the Museum tell the artists about what happened here and what research was carried out. It also forms a vision of how artists build off this knowledge to develop a new exposition.”

The work on the new exposition will take nine months – its opening is planned to occur before June 1, 2021. ITMO University students interested in this project are welcome to participate.