In late November, the development team of ITMO Avatar conducted the online school Digital Services for Personal Assistants: Finances, Education, Gaming Industry” and organized a project contest following its results. Read about the best projects in this article by ITMO.NEWS. 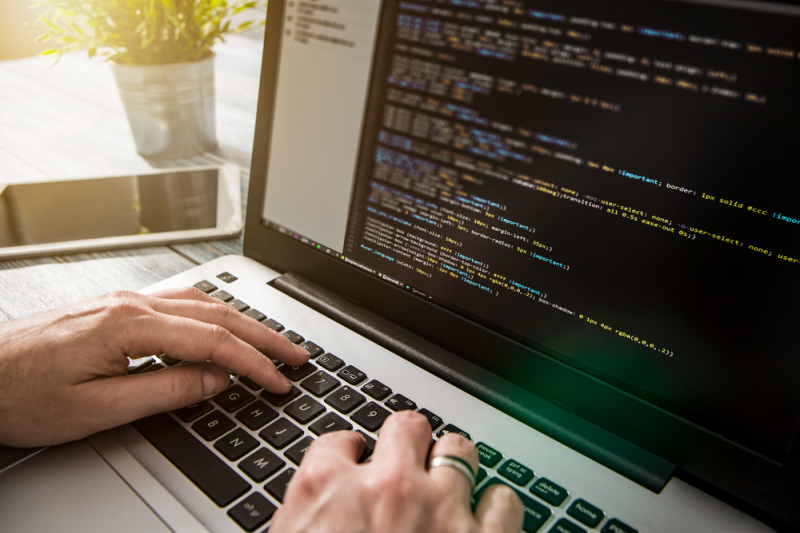 Digital assistants are applications that help us be more productive. They can organize our studies, monitor exhaustion, and notify us when we need to top up our balance. In 2020, development started on such an assistant — dubbed ITMO Avatar — for members of the ITMO.FAMILY.

The assistant is based on a digital avatar platform that enables the integration and management of various digital services by different developers: from calendars and time management systems to recommendation systems.

In late November, the platform’s development team organized a school for students and PhD students on the development of such systems.

“This year, we’ve been focusing on the development of platform solutions, i.e. combinations technologies and software components that can be used as a basis for quickly and effectively prototyping not just a single product but a series of solutions,” comments Klavdiya Bochenina, head of the project, senior research associate and head of the Algorithms of Complex Systems research group at ITMO’s National Center for Cognitive Technologies. “We wanted to give the participants of the school both theoretical knowledge on the development of such platforms and practical experience of introducing their services into existing platforms. We offered them the center’s projects as test sites: the digital avatar platform and the platform for predictive modeling of financial processes.”

The school was held as a five-day intensive course. Every morning, the participants attended lectures by such speakers as Boris Dyakonov, the senior vice president of Otkritie Bank; Dmitry Bugaychenko, coordinator of Sberbank’s Data Hub in St. Petersburg; and Pavel Avanyan, managing partner of Center-Game and PRE.inc. The rest of each day was dedicated to creating projects of applications.

On the whole, 12 teams consisting of students from ITMO and other universities presented their projects at the contest.

The school’s participants were split into three tracks: digital assistants for education (EdTech), gaming apps, and assistants for business purposes (FinTech). Every track had tasks of its own and winners who were determined on the last day of the school.

“We asked the participants of the EdTech track to develop apps that could be integrated into ITMO Avatar, i.e. they had to develop input and output interfaces needed to connect their projects to our platform as early as in the development stage,” says Valentina Guleva, a senior researcher at ITMO’s National Center for Cognitive Technologies and head of the EdTech track. “The topics that we suggested were based on the results of a survey among ITMO’s audience. They had to do with navigating within ITMO’s buildings, receiving recommendations on courses, and the assessment of test results.”

The winning project was an app that suggests online courses to students based on their interests and major.

“Our service gives recommendations based on a student’s educational track and the tags they’ve chosen themselves on ITMO Avatar,” explains Maxim Sychugov, member of the winning team and student at Vyatka State University. “When we were given the task, we had no experience in the development of recommendation services. We acquired this experience here and became acquainted with the methods used for this purpose. We also got great experience of working as a team.”

Another track focused on gamification, meaning the development of entertainment apps that would become a part of the digital assistant. In this case, the participants faced a double task. Not only did they have to come up with interesting game mechanics, but they also had to make it so that the game would encourage people to make use of the digital assistant.

“We developed tools for the gamification of the entire platform while working on ITMO Avatar,” explains Andrey Karsakov, a senior researcher at ITMO’s National Center for Cognitive Technologies and head of the gamification track. “We offered to the participants to develop a game that would encourage the user to do specific things: pursue their scientific career, do better at work, and study. The participants’ projects turned out very interesting, and we may well introduce some of them in the next iteration of our platform.”

The winning team created a game about a robot that visualizes a user’s digital avatar. The robot’s development depends on how well the player performs their study assignments, presents at various scientific events, and engages in sports.

“The hardest part of the development process was coming up with an idea,” says Sergei Ryzhakov, a Master’s student at ITMO’s Game Development Technologies Master’s program. “I came up with a tamagotchi that you need to feed and dress and that would develop along with the student.”

The Time Killer project, based on a popular game mechanic and people’s love of cats, got the jury’s special prize.

“We were working on a game that can help you kill time in queues and transport,” comments Dmitry Karmanovich, a Bachelor’s student at ITMO University. “We took the popular tower defense concept as the basis, but the player is being stormed by kittens rather than enemies. And you have to cuddle them, not kill them. The main skill that I honed at this school is working in “crunch mode”, when you have to do everything here and now as you need to have the results by tomorrow.”

This track was associated not with the ITMO Avatar project, but with another project by the university’s scientists. The apps developed by participants were integrated into a predictive modeling platform for financial data, which is being developed as part of a Russian Science Foundation project.

“The teams were given information on the possible ways in which they could create prototypes of their future services,” explains Petr Gladilin, a senior researcher at ITMO’s National Center for Cognitive Technologies and head of the FinTech track. “The key task was to use real data from the financial field to create algorithmic and mathematical software for services which could become the basis for the development of useful digital products for business and industry.”

The competition in this track was so high that the jury couldn’t determine one winner. As a result, two teams won first place. The first one did a project on recommending products based on the analysis of social media photos.

“We took photos from VK or other social networks and used them to tell which products from online stores we could recommend to these users,” says Alexandr Zamiralov, a member of the winning team and student of ITMO’s Big Data and Machine Learning Master’s program. We analysed their gender, age, and interests. I actually learned a lot in the course of our work on this project. When we had just begun, it turned out that none of us had any experience of working with photos. We didn’t even believe that we'd get somewhere. But then, everything went well.”

The other winning project centered on a predictive model based on a small amount of data.

“Our team developed methods for the analysis of short time series of 50 measurements,” comments Polina Baron, one of the team’s members and a Master’s student at the Higher School of Economics. “At first, we thought: only 50 measurements, what can even be done with this? But our mentor sorted us out, gave us advice on which algorithm to check out, and we were really surprised when we didn’t just produce great results but surpassed the professional algorithm Facebook Prophet. These methods can be applied anywhere where you might need to analyze time series for predicting the near future. And this is promising for the purposes of fintech and business planning.”

For example, an analyzer of short series can be used by taxi services in order to tell where to send more cars, or in power economy in order to understand where to direct more energy and where to siphon it from in order not to overload the network.

The school also hosted an ITMO Avatar feedback contest in the form of a diary study. Following its results, the developers will choose functions which will be finalized and offered to users.