April! Sun! Spring! Need we say more? Maybe – but who’s got the time when it’s so pretty outside! Just grab your headphones, put on our selection of the month’s top tunes, and head out! 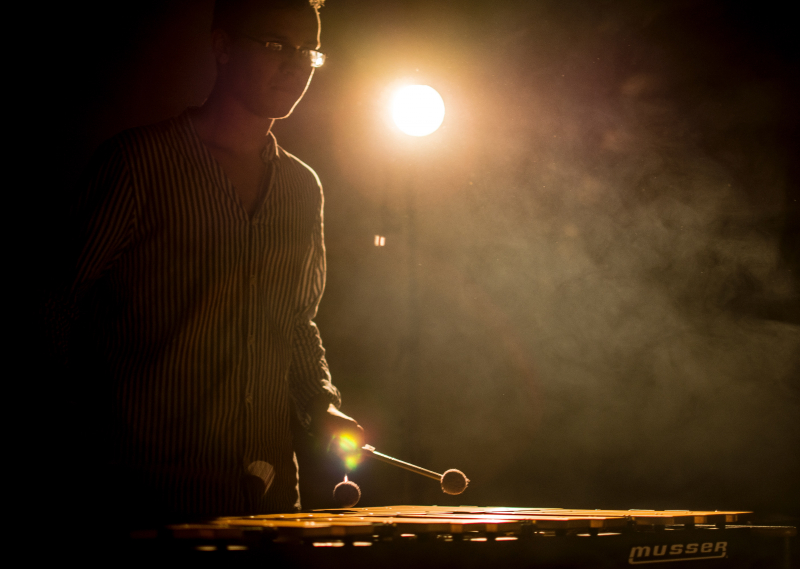 In the search for tunes that are powerful enough to restore the harmony during this emotionally charged April, I returned to moody soothing songs. Italian music has always been my special treat, but I never gave a chance to anything except the greatest hits section. That’s why Elefanti by Gomma came as a great revelation to me (all credits to my friend who shared it). Although post-punk may sound rather menacing, this song, with its shrill female vocals and obscure melody, stuck both in my heart and my head. There’s also a discrete happiness that my Italian classes didn’t come to naught and I can understand the lyrics.

April, being surprisingly generous in good music, made it harder for me (yet more meaningful) to pick just one song of the month. Although I’m not a big fan of covers, I can’t resist when hearing a good whispery acoustic song, especially if it’s Paul by Cavetown. With his soothing voice, Robbie (the singer) turns the roughness of the original song into a calming tune that feels like lying in someone’s arms and hearing that everything’s gonna be great. A moving story, profound lyrics, and a fabulous performance – a definite go-to of this month.

My song of the month this time is Wuthering Heights by Kate Bush and to be honest, I don't have much to say about it – it's pretty self-explanatory and, at the same time, absolutely unique. The lyrics are basically Kate Bush’s take on the novel Wuthering Heights and the video in which she dances on the moors is fabulous in its simplicity. Just check it out! I didn't get this song on the first listen, but after the second one, it has never left my head.

This month I was slowly conquered by a song or, rather, a cover, that I heard not long after its original release in February. Curiously, while the original Blinding Lights by The Weeknd was a soundtrack for my nightly September walks, the longing and soulful cover by X Ambassadors made for great company in stormy April. The new version is intimate and though the lyrics are the same, it takes on a deeper meaning supported by Sam Harris’ dreamy voice. A perfect companion for contemplations on life as one long stage of it is ending – or if you just want to pretend you are in a movie.