You might’ve heard the 19th century referred to as the Golden Age of Russian literature. What does it mean and how can you start exploring this magnificent slice of Russian culture? 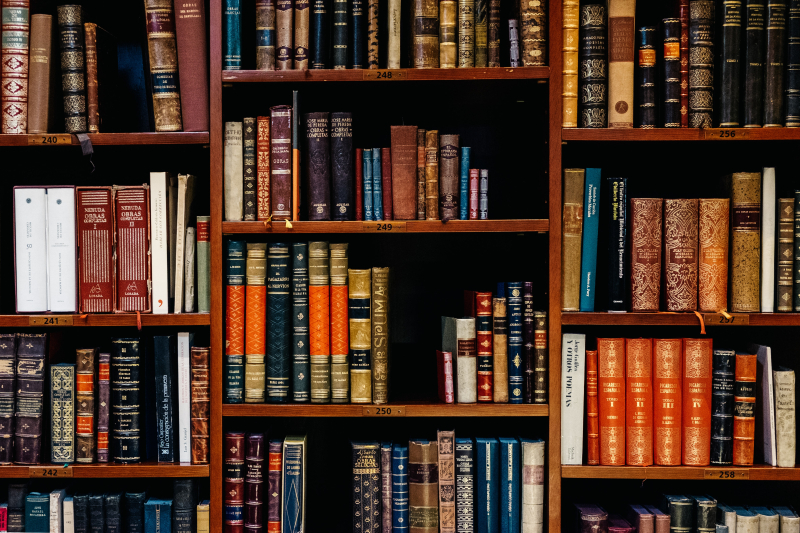 We Russians are made to read it all as school students, which is, in a way, unfortunate, as these books are to be enjoyed without the haste of completing assignments, so if you aren’t familiar with these classics – you’re in luck and can get to them with a fresh head.

The Golden Age is an absolutely appropriate name for this period in the history of Russian literature. In the eyes of many, not before, nor after the 19th century has it been as superb, influential, and diverse – in one word, classical.

Historically, the early 19th century was a time of changes: there were significant uprisings (the Decembrists), wars (especially the Patriotic War of 1812), the enlightenment (the growing interest in Western art and philosophy), and democratization (the first attempts to end serfdom) – all this led to a breakthrough in arts, as well.

As the state of the country changed, the language changed as well and became much closer to the one we speak today – without the excesses characteristic of clerical language and with newly-added words, such as the ones Nikolay Karamzin introduced into the language.

In this political and social turmoil, an entire generation of authors and poets emerged following in the steps of Alexander Pushkin. Their collective effort to create a rich national literature resulted in hundreds of fantastic books.

They were often much more focused on the psychological struggles of ordinary people the reader could relate to rather than the genre limitations and formality of 18th-century prose. Let’s talk about some of the best examples.

In a broader sense, the Golden Age includes all 19th-century authors, including Ivan Turgenev, Fyodor Dostoevsky, and Anton Chekhov. For now, however, let’s focus on early 19th-century authors who were the pioneers of this new age of Russian history and literature and to this day remain a massive influence on our culture. They all have extensive bibliographies, but we will only mention a couple of key works to get you started.

The pioneer of Russian romanticism and not only an author, but also a translator, educator, and a reformer of Russian poetry and language as a whole, he brought previously unknown genres and motives to Russia by adapting famous works of Byron, Schille, Goethe, and more. These aren’t just translations but masterfully-done interpretations of foreign poetic tropes and are therefore a fascinating example of cultural exchange. Zhukovsky was also a massive influence on Pushkin – to him, Zhukovsky was not only a close friend, but also a literary mentor of sorts.

What to read: the ballad Svetlana (1813) and poems

Can anything be written about Russian literature without mentioning Pushkin, you might ask? Probably not. You might spend months reading only his works and you won’t get bored: he covered it all, from fairy tales and poems to plays and novels (including a verse novel). It’s impossible not to find something to your liking.

What to read: The Tales of the Late Ivan Petrovich Belkin (1831) – a collection of short stories, each representing a certain style, from romanticism to gothic prose; and Eugene Onegin (1833), “an encyclopedia of Russian life,” according to the famous critic Vissarion Belinsky.

If duels, horse rides, forbidden romance, and other attributes and struggles of a man who longs for more than what mundane reality can offer sound like your cup of tea, then don’t hesitate to pick up a book by Lermontov.

That’s an author for those who like it dark: his books are filled with absurdity, surreal features, and mysterious events. Therefore, it’s not surprising that authors like Franz Kafka, Mikhail Bulgakov, and Ryunosuke Akutagawa have named him among their influences.

What to read: Petersburg Tales (1830-40s), a compilation of short stories that take place in St. Pete; Dead Souls (1842) – a grotesque novel on all the nasty types of people there are.

Like Zhukovsky and some other authors of this era, Krylov sought to interpret foreign literary features and genres in his work. At the time, these concepts were unfamiliar to Russian readers and making them better-known was key to forming a new national literature. The goal was to make these ideas understandable to Russian people and it seems that Krylov succeeded to say the least – two centuries later, his fables are still a part of common knowledge and speech.

What to read: all kinds of fables – there’s 236 of them overall! We’ve discussed some of the most popular ones here (links to translated versions are included).

That’s it for now, but stay tuned for the second part in which we’ll move on to the Golden Age authors of the late 19th century.

Until then, you can check out our other literature-related stories, such as Places to See: Libraries of St. Petersburg and Don’t Leave the Room, Don’t Make a Mistake and Run: Poems Every Russian Knows.