Ah, the library. It’s where we work, study, and relax. Perhaps unjustly forgotten in today’s digital age, libraries are still a valuable source of learning and entertainment – if you only let yourself discover it. As the birthplace of Russian science and the nation’s “cultural capital”, St. Petersburg has a special relationship with these temples of knowledge. Here are the city’s best spots where you can see that for yourself: 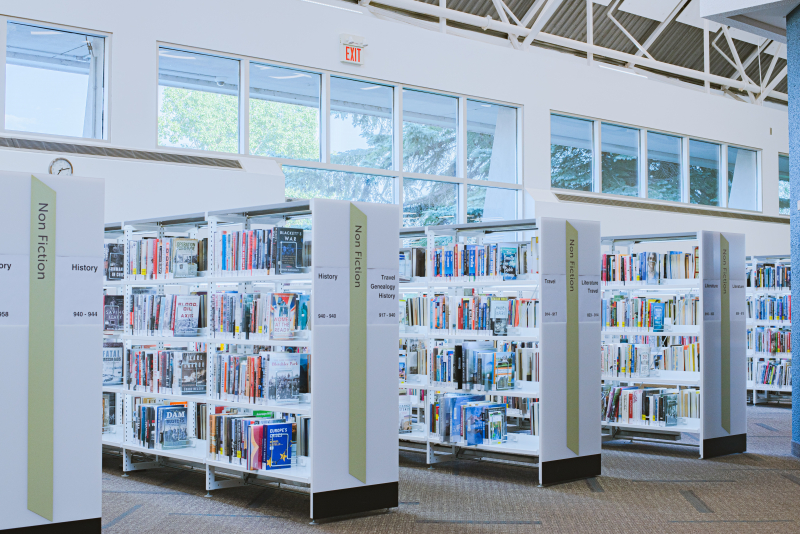 The Gogol Library is a self-described “multimedia space for education, work, and leisure”, and there are few reasons to doubt that. With a modern, comfy interior and a spacious work area, this is a great place to spend the day working – or taking some well-deserved time off.

Established in 1795, the Russian National Library is the nation’s first and oldest public library. Both the historical building near Gostiny Dvor and the New Building near the Park Pobedy metro station are regular places of pilgrimage for all students in St. Petersburg. The library’s digital and physical collections include material in numerous languages from as early as the 13th century, making it a treasure trove for any researcher.

Every student’s best friend, the “good old Mayakovka” is the only library in St. Petersburg, as it claims, where you can take books in non-Russian languages home. In addition to a rich selection of fiction, non-fiction, and academic books, Mayakovka is home to not one, but five speaking clubs (in English, German, French, Spanish, and Russian), and hosts regular screenings of critically acclaimed films in their original languages, with post-screening discussions featuring film critics and subject matter experts. Keep a closer eye on all upcoming events through its official VK page.

At the Mayakovsky Library media center, readers can watch films in foreign languages or access supplementary audio- and visual materials for study books and language tests.

The Lermontov Library’s British Book Centre is home to St. Petersburg’s largest collection of English-language literature, including books, magazines, newspapers, and other material. The Centre also hosts a variety of events for English speakers and students: those who enjoy a good conversation will fit in just fine at the Speaking Club, while board game lovers will surely appreciate the bi-monthly game nights. If you’re getting ready for an IELTS, TOEFL, FCE, or some other proficiency test, don’t miss out on the regular seminars and workshops.

A number of events such as lectures, master classes, meet-and-greets with writers, musicians, and scientists from around the world are held each month; learn more about this month’s event on the Centre’s VK page.

Yet another project by the Lermontov Library, the Comics Library is St. Petersburg’s first and, so far, only library dedicated solely to comics, graphic novels, manga, and other panel-based forms of literature.

The majority of the library’s collection consists of graphic novels and alternative comics in French and English; there are also items in German, Finnish, Spanish, Italian, Korean, Thai, and Hindi that offer readers an opportunity to learn about each culture’s influence on the genre.