What Helps the Brain Keep Your Balance

Do you ever find yourself struggling to keep your balance? Well, if it’s any comfort, your vestibular system was perhaps doing an even harder job making sure you stay upright and coordinating your limbs. In today’s feature, we will tell you about three more things that this system does to keep us alive, healthy, and happy! 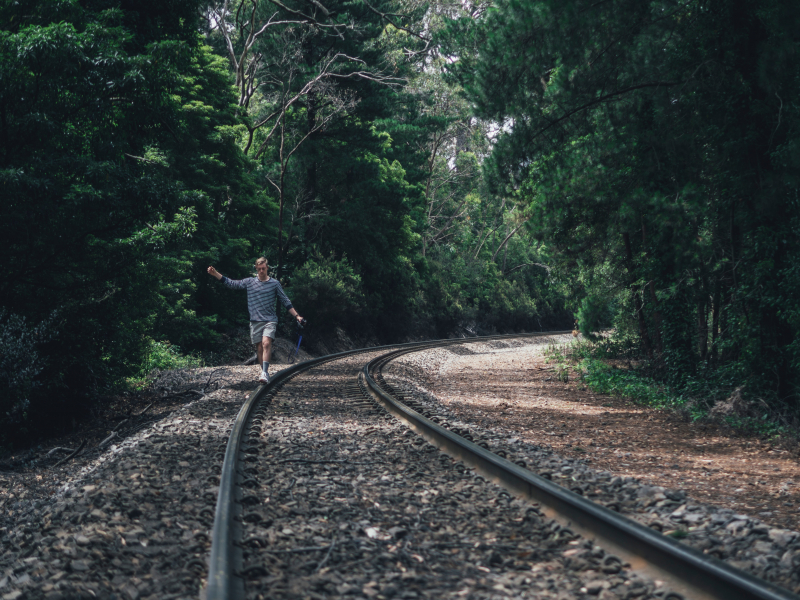 Imagine you are sitting on a chair in a dark room. You have earphones on and all you can hear is white noise. You are told to keep your eyes on a special spot of light in front of you at all times, as your chair will be rotating left and right with different velocity and you will have to imitate this rotation with a special controller in your hand. Sounds terribly complicated, right? Turns out, this is the length researchers have to go to separate body coordination and the vestibular system from everything else and see how they are intertwined with other organs and brain regions.

The vestibular system is mostly located in the inner ear and adjoining structures and is primarily responsible for helping you keep your balance and not go crazy on a rollercoaster. It’s actually quite the busy bee in terms of other cognitive functions, as a growing body of evidence suggests. Here are just three of its many responsibilities:

It’s believed that humans have a unique concept of self; that is, we see ourselves as individuals and identify with this first-person view of the world that has been the basis of so much philosophical debate.

Our brains need to actually combine information about the location of the body and its limbs (gained from the sensations arising in them) with visual information (what we see) in order for us to exist in any environment and successfully interact with it. At any given moment, countless silent computations have to be performed for you to just pick up a pen or not spill your coffee – while, at the same time, having no doubts that it is indeed you who is doing all of it. Needless to say, the vestibular system is an integral part of this mechanism, providing input on the location of your body in space.

Curiously, amputees subjected to vestibular stimulation in experimental conditions developed a temporary feeling of a phantom limb even if they hadn’t had it before. So, as always, it’s a two-way street and not only does information from our body help the brain construct a mental image of our body, but so can the vestibular system “respond” by in a sense building our body up from the top down. Hopefully, by now you are in absolute awe of that incredible body of yours!

Recently, it also has been suggested that this system shares some neural pathways with pain receptors. This means vestibular stimulation (say, when parents rock their babies to calm them after they’ve been hurt) can be used to alleviate painful symptoms in a variety of physical conditions, such as chronic pain. Further on, that same group of authors even suggested that vestibular stimulation could potentially be used to treat body image disorders, such as anorexia.

As is often the case in life sciences, it was because of cases of various psychiatric disorders that researchers first started to suspect some shared mechanisms between emotions and vestibular information. We now know that people with depression or anxiety might often experience some kind of vestibular dysfunction – for instance, when information from the vestibular system isn’t correctly integrated with other input from the body. Although it might seem logical to assume that it’s hard to feel 100% confident or delusionally happy when you can’t fully control your limbs or balance, this is still a field that needs a lot of further research.

Though what we can tentatively take away from it is that in our daily lives bodily discomfort can play a great role in the way we perform at school or at work or the way we communicate with those around us. Researchers posit that because the prefrontal cortex processes information from our bodies, as well as regulates emotions, it might be that a great discomfort – such as feeling dizzy or being unable to keep your balance – may also result in difficulties when managing your emotional state.

By far one of the most intriguing phenomena are the so-called “out-of-body experiences,” often described in popular culture: it is the sensation of seeing your body sort of from above, or, essentially, losing that prized first-person view for a brief period of time. The fact that we can perceive our bodies “from the outside” ourselves has been used as proof for many spiritual theories, but, as it turns out, it might be much more down-to-earth.

Today, one of the prevalent explanations comes down to a discoordination between various sensory inputs, such as what we see, what each of our limbs feels, and what the vestibular system has to say of the way our body is located in space. So, in fact, out-of-body experiences are just our brains giving their best interpretation of mismatching signals – wow, apparently, we’re floating in the air. These days, researchers suggest inducing such states in psychophysiological experiments by means of rapidly developing VR and AR technologies in order to better pinpoint their neurological basis.

Take care of your body

Admittedly, nowadays awareness is the buzzword of the internet, and it is for good reason. Current research gives us the grounds to suggest that simply taking our bodies for granted will not do. It might be useful – and this is not medical or scientific advice, but our tentative proposition – to at least check in with how you’re feeling every once in a while and ask yourself if you are comfortable, if your feet are warm, or maybe your back is too strained. If you want to take a step further then, naturally, exercising while being mindful of how it makes you feel is also good practice. This definitely won’t hurt, but if it helps keep both your body and mind healthy and more or less relaxed, we’d take that anytime. And who knows, in the future research might reveal even more exciting connections between our bodies and cognition.

If you are curious to learn more intriguing scientific facts, head over to our series Mind-Blowing Research of the Month to get inspired.