Tea wasn’t introduced to Russia until the 17th century, but it wasn’t a big deal – there are hundreds of herbs that our ancestors used to make delicious and healthy brews. Ivan chai is the leader in this domain: it’s widespread, super healthy, and delicious. 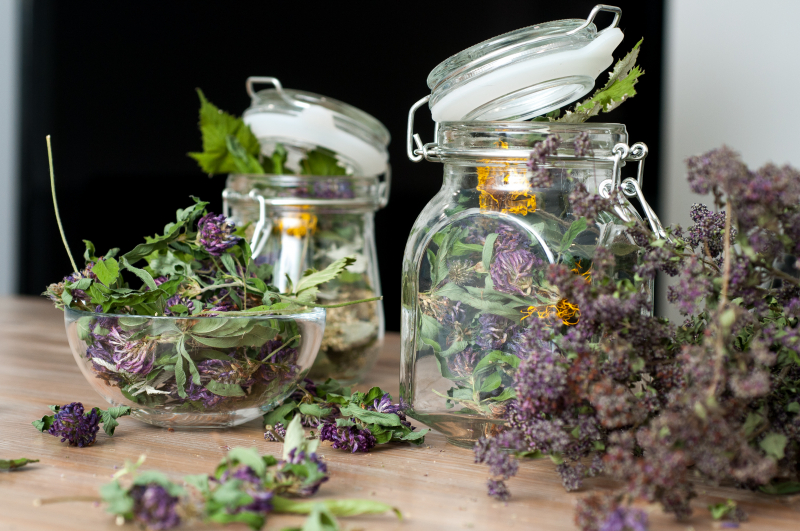 Ivan chai (i.e., willowherbs or epilobium) is the ultimate Russian tea alternative. Another name for it is koporskyi chai (Koporye tea) because it was largely produced in Koporye, an ancient village in Leningrad Oblast’. Chinese tea was really expensive, so this alternative was much more popular.

Purple flowers of willowherbs fill local fields in July and August and that’s when its leaves are to be collected. It’s not enough to just dry them – they have to be fermented. I did it myself and it’s not that hard: first, you collect healthy green leaves (far from highways!) and spread them out on a sheet to dry for several hours, then rub them in your hands, cut them up, and put them into an enamel pot. Now just cover it with a towel, and leave overnight in a warm place.

After that, they will be fermented and ready to be dried in an oven (heat it to around 60 degrees Celsius and leave the door open). Mix the leaves from time to time, so that they would dry evenly, and when they’re all dark and crunchy – they’re ready to be put in a jar and left there for about a month to gain more flavor.

In recent years, Ivan chai has been gaining popularity again, so if you don’t feel like bothering with all that, you can also just buy a pack at most supermarkets or eco stores. It’s great to drink by itself, but there are also common herbs to dry and add to the mix to spice things up, such as mint and thyme.

For more caffeine-free drinks check out our recent guide here.