Ready Player One: Games We Play Over the Holidays

While some of us can’t wait for the holidays to start before snuggling up with their favorite book or surrounding themselves with scented candles as they put on a great movie, others prefer to dive into completely different worlds. I went around my little gamer community to get the best stories about the games my friends play during the holiday season and why. So, grab a mug of your preferred festive beverage and let’s get on with our holiday fairytales. 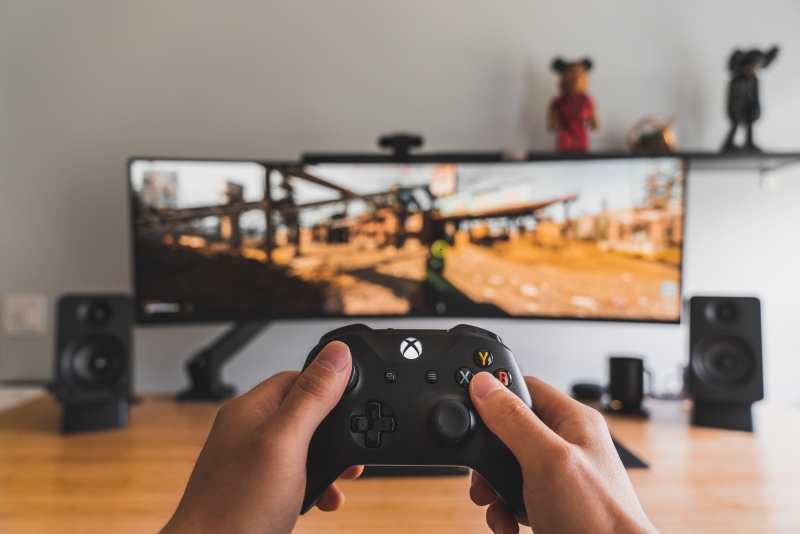 This might be a popular choice, but I am going to revisit The Witcher 3: Wild Hunt over the upcoming holidays. It’s a very special game to me.

Back when I was a child, I stepped into the Witcher’s world in two dimensions: I discovered the books and the game at the same time, and I fell in love with both equally. They were inseparable. I can’t explain why I am hooked on this story and not on any other fantasy worlds, but somehow, after 10 years, I keep coming back.

You can see why I'm excited to load this game again but this time, contrary to when I first got into The Witcher 3, I want to only play through the main plot, staying away from all the side-quests, which I felt I needed to take in order to appreciate the game. I will also try and make different choices, because I want to see a different story, why should I play it again otherwise?

My favourite game series came into my life back when I was still in school and my friend had bought his first two Nancy Drew discs, The Haunted Carousel and Ghost Dogs of Moonlake. We played them together, each on their own computer, with a phone in one hand and a mouse in the other, debating what to do next and making guesses as to who was the main suspect. Later, as we got more and more involved with the game series and purchased every new game as soon as it was released, we started competing with each other, trying to finish the game faster than our companion. I wish we hadn’t done it, as it lead to us cheating in order to simply get through with the game instead of actually enjoying the story.

We grew apart as I got into university, but I kept playing Nancy Drew. In fact, I think, I started actually appreciating the series only after I had tried to solve the crimes at my own pace, noticing the little details and intricacies in every scene. I realized that I wanted to go through all of the previous installments again, and that was how my little tradition started. When I revisited the franchise for the first time, I went through all of the games in chronological order, but now I only go back to certain episodes, usually somewhere around New Year or over the summer holidays. This year, for instance, I want to go back to The Sea of Darkness.

I think that I mostly want to revisit the games for their plots; some of them are deep and thought-provoking, and these are the ones I play through more often. Lately, I have noticed that sometimes I start the game and simply call everyone (Nancy always has a phone, but in most of the episodes phone calls are just an optional feature included to make the characters more real). It makes me feel as if I am actually in the story, helping Nancy with her sleuthing duties.

I am actually an avid fanfiction reader, so I came across what later became my favorite game of all time on a fanfiction forum. I originally followed one author because of their stories on another fandom and only later did I discover that I really enjoy what they wrote about Dragon Age 2, a universe that was back then unknown to me. I remember that I was very involved with the main character and wanted to know what his next adventure would turn out to be. So I bought the game and started playing. Quite a simple story.

It was my first real, big game, the one that you should come back to in order to finish it, so it will always mean a lot to me. And I keep coming back to it, primarily for the story. Whenever I do it, I always create the same character, he is always a mage, and I always make the same choices. Sometimes I refer to it as watching a movie, as I don’t really take any side quests and usually apply mods to turn, say, spiders into rubber ducks and make the fighting sequences more pleasant.

I would say that going back to the world of DA2 helps me relax and unwind. It is my little bubble of comfort where I get to go through the story together with one of my favourite characters. Now and then these adventures inspire me to read more fanfic or even write some of my own. I truly believe that if you feel the need to write something, you have to do it, and playing DA2 is one of the best ways to get you started.

This holiday season, to uphold a long-standing tradition of mine (and because there won’t be anything exciting before Cyberpunk 2077), I am going to play Mass Effect and Bioshock Infinite.

The story behind Bioshock Infinite is not that complicated. I had played the previous two installments in the series, so I didn’t expect anything in particular from this one. I ran through it like you would run through your usual shooter, and when at the very end I got to see exactly what I had missed, it was the hardest blow a piece of art had ever delivered upon me. I spent hours and hours on forums, piecing the story together with thousands of other clueless gamers. It was pure delight! It is a brilliantly directed shooter: you are taken through the story and shown a perfectly functioning mechanism where every minute detail is in its place and serves the plot. I guess, I go back to it to appreciate this unique creation one more time and relive the elation I felt upon first discovering it.

I bought Mass Effect almost by accident: it was offered to me as a refund when I came to exchange my bugged Assassin’s Creed back in 2008, the so-called “golden age” of video games. By that time, I had already played every legendary game that was available, like Oblivion, Half Life 2: Episode Two and Gears of War, so I didn’t want to take this weird-sounding Mass Effect game. But there was no other choice, so I went home and loaded it.

As soon as I got into its new world, I noticed that I started changing, growing with Commander Shepard, the main character. It was a very important period of my life, so the game, or rather, the whole trilogy, still means a lot to me. It is a grand narrative, unlike many that are on the “shelves” now. It always has something new to offer, little details that I haven’t noticed before, even though I always create the same character and make the same “right” choices.

I’ve realized just how much I care about the game and the particular way I play it quite recently when I stumbled upon a walkthrough with the “wrong” choices – and I couldn’t take it. They were destroying my whole world – I could never do that to the ME universe.