July’s time is running out (you can’t push it underground, etc. etc.) – so here’s an overview of songs we’ve especially favored throughout the month! 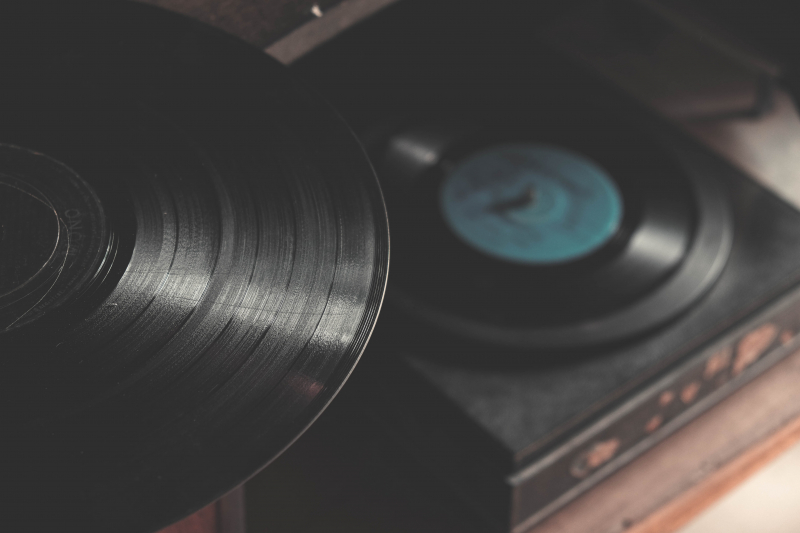 It seems that as far as recent releases go, everyone and their dog have been doing nothing but listening to Taylor Swift’s latest (surprise) offering, the stylishly lowercase, cottagecore-heavy folklore. And, despite never having been a Swiftie myself, in a moment of weakness (the final blow being a Vulture article by one of my favorite writers, Jill Gutowitz), I caved in. And I sort of... liked it? At least, my gag reflexes were kept to a minimum. The album’s definitely rooted in the country pop genre, but apart from the usual harmonica and cowbell-laden angst, there is melodiousness, some interesting lyrics, and a certain warm-winter-cabin ambiance I find really calming. And in these times, we need all the calm we can get, amirite?

This was the month of Spotify coming to Russia, and along with the joy of it came the seemingly impossible task of transferring all of my treasured playlists to the long-awaited app, which kept me busy for a good week or maybe even more. It turned out there can be quite a few long-time inhabitants of your library that you tend to forget – and when you do get to them, you fall in love with them all over again. That was the case with me and Улицы ждали (Ulitsy zhdali; literally The streets were waiting), which still starts playing in my head every time I step outside my door. It makes me think of long nighttime walks down the sleepy streets filled with summer air – and hope that I can get enough of those before August rushes by like a high-speed train.

My favorite summer tunes this year belong to an Australian band from the ‘80s called The Go-Betweens. They released a lot of catchy tunes, such as Head Full of Steam and Was There Anything I Could Do. However, their best work is probably a bit less upbeat Cattle and Cane, a song reflecting the lead singer’s childhood memories of returning home from a boarding school. It was even acknowledged as one of the top 30 Australian songs of all time.

This month I was obsessed with the TV series High Fidelity. It’s a great show about being a human in the modern world and also it’s about music. After the first episode, I found a playlist of the show on Spotify and fell in love. Two particular songs touched my heart more than others. The first one is Workin’ Together by Ike & Tina Turner. This song makes you feel nostalgic and warmly melancholic, like when you found the smell of your childhood shampoo or your father’s old leather jacket. Another song is Pains by Silk Rhodes. This is one of those songs that you listen to alone in the kitchen while drinking a glass of wine and enjoying your own company. I highly recommend the High Fidelity Spotify playlist. Enjoy!

If you’re a fan of the popular Icelandic bands Hjaltalín and GusGus, then you might already be familiar with the dulcet tones of Högni Egilsson, a versatile singer and musician who is said to be one of his nation’s top performers. In 2017, Högni released his debut solo album, Two Trains. On the album’s fourth track, Crash (see below), Egilsson masterfully mixes the genres of his two bands, with a soft, violin-accented section flawlessly merging into an ominous electronic finisher worthy of Nine Inch Nails. No two songs on the album are alike, so if you’re even at least enticed by Crash, I encourage you to check out the rest of Two Trains – maybe starting with this live performance of Parallel – for it offers a truly unique sound that could only have come from “the land of the ice and snow.”

The rain is FINALLY back in summery St. Petersburg, and I can enjoy long walks through the puddles of my beloved city. And, of course, listen to rhythm and blues – a genre ideal for streams of water falling from the sky.

Grab an umbrella or a raincoat (or – my favorite – a desire to get soaked to the bone!) and join the crazy ones, listening to R&B in the rain!