Russia by Rail: A First-Hand Experience

Tiny beds, crowded spaces, boiled eggs, instant noodles, cup-a-soup, new friends, riding on the open road: these are some of the endearing features of the legendary Trans-Siberian railway that so many foreigners long to experience. While I’ve never taken the full route from west to east, I’ve had a fairly full experience of Russian train travel and it turned out more fun than I ever expected. 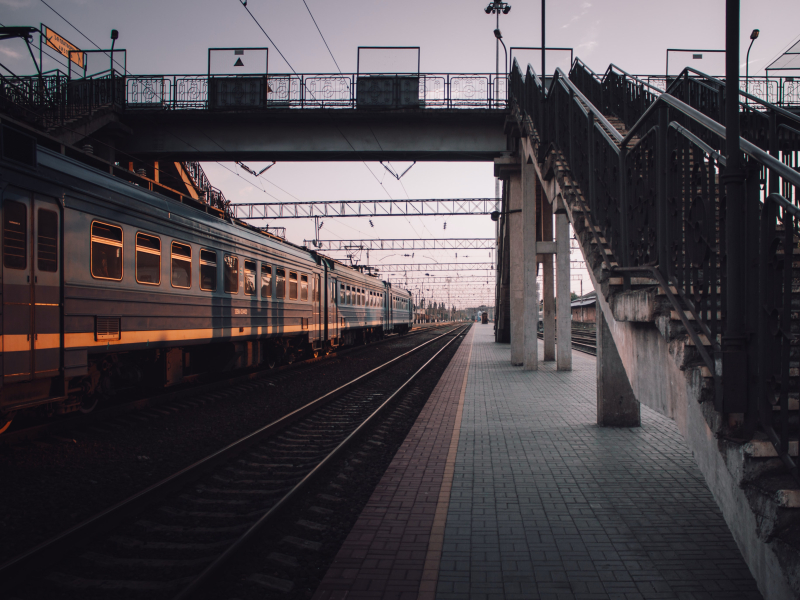 In Australia, people rarely catch long-distance trains, at least not for 24 hours. If you ask anyone, the only conceivable way to get from Perth to Sydney is by plane, or MAYBE by car - if you’re daring. In Russia, you can go basically anywhere by train: it’s one of the most reliable, easy, and mostly affordable means of travel, but let it be known that there are varying degrees of comfort.

The Russian Railway System dates back to the very beginnings of railway history. The first-ever railway line in Russia was actually built between St. Petersburg and Tsarskoe Selo (now Pushkin) in the 1830s. Just five years later the St. Petersburg - Moscow line was built. By the early 1900s, the Trans-Siberian railway was developed which connected European Russia to the Far East, nearly 9,300 km.

The thing that makes Russian train travel so endearing is its spirit - especially if you’re in third class (an open car with 54 beds). For young people, it essentially has the same allure as backpacking through Europe and staying in hostels with a bunch of complete strangers. You are literally in a giant open wagon sleeping in VERY intimate quarters. Everyone can hear everyone snoring and breathing and crying and whatever else people do in their sleep. So it’s generally a good idea to bring ear plugs and an eye mask with you!

I took my first ride on the overnight sleeper train two years after arriving in Siberia, so the anticipation had definitely built up. It was an 8-hour trip from Novosibirsk to Omsk in third class. The 54 bunks are arranged in bays of 4 on one side and 2 on the other, separated by an aisle. I went with a friend and, since we bought tickets late, our only choice was to grab the top berths in the 4-bed section. The train had already been travelling for possibly days, and we got on around midnight; it was all dark and gloomy inside, yet, since it was summer, it was also stuffy. We spent the first half an hour sitting on the bottom bunk with our new “roomies”, waiting awkwardly for new passengers to board and for the train to head off. Once we were on our way, the conductor handed us our clean bedsheets and a small towel, which we luckily hadn’t forgotten to book online - otherwise we’d have to pay for them in cash on the spot.

The top bunk is its own adventure, as it requires a certain flexibility. Climbing up there is not for the faint-hearted; squeezing in and not hitting your head, then proceeding to change your clothes “in private” requires some serious agility. If you’re not tall enough, attempting to put your sheets on effectively is also tricky. All that being said, it is not an advantage to be tall when you’re travelling on these trains, as the beds are just long enough for my average height.

In third class, lights are tied to a single switch, so sleeping time is decided by the train conductor, and you will get a wake-up call at least an hour before you need to get off the train! I’m sure at this point any fantasies of a comfortable night’s sleep should have already vanished from your mind.

After this first experience, within a month I’d already travelled over 75 hours by train across Siberia and Kazakhstan. I went from an amateur to a professional in a very short timespan. The longest trips were a 19-hour trip in second class - which had a little more privacy, with 4 beds in a small cabin of its own, and a 36-hour trip in third class, but this time along the aisle, where your bed transforms into a table with two chairs by day. A small note on the Russian language: there’s a special word in Russian for “1.5” (poltora) and a special word for 24 hours (sutki), so most Russian train travel time is described in terms of how many “sutok” you travel on any given trip. In my case, the longest I’ve travelled is poltora sutok (1.5 * 24 = 36 hours).

If you’re planning a long trip for more than a day, across Siberia, the Far North or to the Black Sea, you might want to consider the following:

Over two and half years have passed since my first marathon of long-distance train travel and these days I mostly travel from St. Petersburg to Moscow and back, usually alone and usually overnight. On each journey, you'll meet all sorts of people. From the Korean exchange students, the ear-blasting snorer, the wife that wouldn't let her husband help me with my suitcase and the conductor who lets you sleep on the bottom bunk because you're the only one in the compartment, to the very uncomfortable nights alone in a compartment with three men.

I once took a train and almost the entire car was filled with Chinese tourists. I couldn't believe when I saw they had brought with them extension cords, powerboards, kettles - and I'm pretty sure I saw an electric stove top! Let's just say the conductor wasn't too pleased and the language barrier made it quite entertaining to watch.

Over here on the West side of Russia, the train conditions are quite different. For example, there are new double-decker trains, which are very clean and comfortable, with great toilets, and the bed is already made for you on the upper bunk, and each passenger gets a little box with a water bottle and a cookie, and a snack option which you can choose online. You can get great prices on second class if you get in early, but these trains arrive in Moscow or St. Petersburg at around 6.30am, so you don’t get much sleep.

There are also other amazing trains that I love!! They travel for 9 hours, you can get a pretty decent night’s sleep, your bed is already made for you, and you get free breakfast (very tasty!), free Wi-Fi, unlimited tea and coffee, slippers, a toothbrush and there are even TV’s installed. On some trains you can sit on the top bunk. On others your head will hit the ceiling so you can only lie down, which makes getting up there all the more harder.

When it comes to price, I have not understood the logic yet. Sometimes it’s cheaper to travel second class rather than travelling third class. First class is always exorbitantly expensive and not available everywhere. I think it's for people who are afraid of flying. Sometimes the fancy trains are cheaper than the old trains. You basically have to get to know your trains; there are trains that are called “firmeniy” (фирменный). These have a higher degree of comfort and generally better service. But as I’ve already mentioned, they aren’t always more expensive than regular trains.

Besides the sleeper trains, there are also quite a number of fast trains which are sitting trains, and travel twice as fast as the sleeper ones. For example, you can get from St. Petersburg to Moscow in less than four hours on the Sapsan trains, or to Helsinki from St. Petersburg on the Allegro. These are almost always more expensive than regular trains - unless you buy your tickets a few months in advance, in which case they are quite reasonable.

The best and most hassle-free way to buy tickets is straight from the Russian railway website, eng.rzd.ru, you have to make an account, and you can buy tickets on the site or from their mobile app. Most tickets are electronic, so when you arrive at the train you just need to show your passport and they will let you on. If you speak Russian, better to use the Russian version of the site, because sometimes the English translations aren’t so good. Many people also use third-party sites, like tutu.ru, or russianrail.com, or russianrailways.com, russiantrains.com, but sometimes these sites take an extra fee, so I wouldn’t recommend it.

To give you an idea of prices, a ticket from St. Petersburg to Moscow in 2nd or 3rd class could cost you anywhere between 15 USD and 70 USD depending on the timing of the train, the timing of your purchase and the type of train. Also, tickets only become available 3 months in advance, so if you have a very specific train you want to catch on a specific day that gets sold out quickly, you’ll see a lot of people refreshing their screen that day trying to get in early.

So give it a go! You will love it and bon voyage!