In honor and spirit of St. Patrick’s Day, which falls on this Sunday, March 17 (Lá fhéile Pádraig sona dhaoibh, y’all), we present to you a very green and shamrocked Movie Fridays with some of the best cinema hailing from the fair Hibernia. That way, the morning after you crash home from a pub, you’ll have something to nurse your hangover with. You’re welcome. 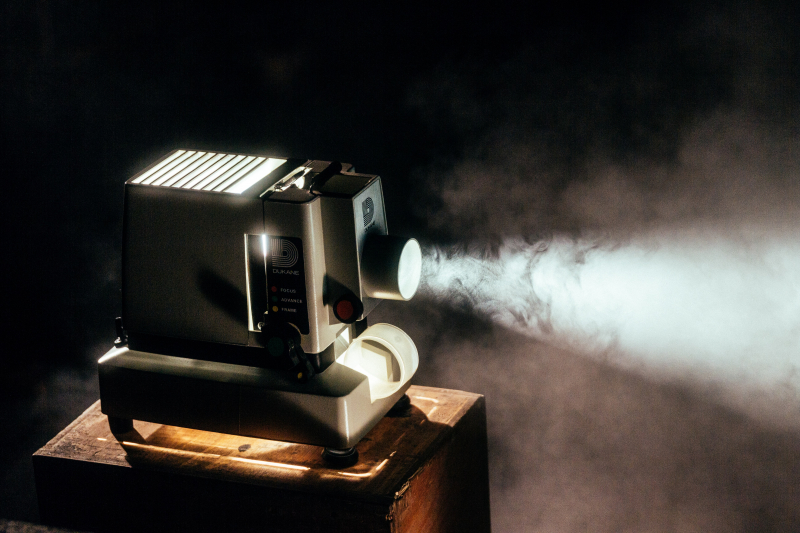 From Lisa McGee aka one of the best sitcom writers of today, comes a semi-autobiographical tale of four school girls taking on the tumultuous world of the ‘90s Northern Ireland. Think the usual growing pains of adolescence, plus a waft of ‘90s Sinéad O’Connor, lucid tank tops, perms and Saturday dances nostalgia, plus tons of humor (and the comedy really delivers), plus an awkward “wee English cousin”, plus... the tail end of The Troubles, with its bomb scares and soldiers of Her Majesty’s Army serving as a disconcertingly normalized backdrop to the daily life. Set in an equivocally-named place (“Derry, or Londonderry, depending on your persuasion”), Derry Girls is nonetheless unequivocal in its representation of the idiosyncratically Irish way of dealing with personal and national tragedies: either you laugh about it, or you satirize about it, or you drown it in Guinness, or all of the above.

The Secret of Kells

Tomm Moore’s peculiar fantasy animation set in 9th-century Ireland, The Secret of Kells tells the story of the Abbey of Kells, where the famous Book of Kells was created. The plot revolves around a young and curious boy named Brendan living under the strict eye of his stern uncle, Abbot Cellach (voiced by Brendan Gleeson), who is obsessed with the idea of building a wall around the abbey in order to protect the Book from the Viking attack. Unusual, magical and funny, this cartoon incorporates elements of Irish mythology and is drawn in a flat, stylized fashion reminding of the art of the time.

Another Irish TV show for your viewing pleasure, Rebellion goes further back in time, tackling a similarly pithy subject matter: the epoch-making events of the 1916 Easter Rising, dubbed by some as the birth of modern (Republic of) Ireland. Written by Colin Teevan, the RTÉ-produced series strives to hit the right note between an explosive historical chronicle and emotive drama to showcase how, in the poetization of W. B. Yeats, “a terrible beauty [was] born”. It’s a controversial, with one review’s biting reproach that “the truth [is] more dramatic than this fiction”, but still much-needed homage to Ireland’s history as viewed by the Irish themselves. The mere fact that it was given a sequel series, Resistance, is a proof in itself.

A 2015 romantic drama directed by John Crowley and based on Colm Tóibín’s novel about Eilis Lacey (Saoirse Ronan), a young Irish immigrant in America, Brooklyn is all about leaving one’s homeland in search of a better life, about homesickness that comes after, about self-discovery and love. It’s Ireland’s green idyllic landscapes and rugged coastlines along with Saoirse Ronan’s impeccable performance and an amazing soundtrack that make Brooklyn one of the loveliest pieces of cinema you’ve ever seen.

Aesthetically clean, eerily tranquil and poignant, I Am Belfast is the eminent writer-director Mark Cousins’s love letter to his seen-it-all hometown, depicted here as a graceful, quirky, infinitely wise and beautifully weary old woman. Themes mold with the landscapes, cinematography basks in the limpid afternoon sunlight, the diverse faces of citizens like colorful pieces in the city’s mosaic, revealing the author’s hope of change; yet the horrible legacy of the Northern Irish conflict persists, like an unhealed wound, like an invisible, blind wall. What we have here is a documentary, but one that does so much more than it says on the tin, its message resonating on a deeper, closer-to-home level.

Song of the Sea

Yet another animated fantasy film directed by Tomm Moore, Song of the Sea follows the story of two siblings, a 10-year-old boy named Ben and his mute little sister Saoirse, trying to make their way home in the world full of magical creatures, owls, witches, and faeries. What makes this beautiful movie even more mesmerizing is its stunning hand-drawn animation, which feels like a breath of fresh air after an endless string of dull and repetitive Disney flicks.

You can’t talk about Irish cinema without mentioning him, the national treasure, the great Brendan Gleeson, and Calvary is (without “arguably”, without “said to be”, just like that, “is”) one of his best works. John Michael McDonagh’s satirical drama weighs in with a deliberately exaggerated comment on the state of the modern Irish society, portrayed in limbo between the overthrown yoke of the extremely conservative Catholic persuasions and the bright new secular future. As a good, earnest but fatigued priest bearing witness to the degradation of his lifework, and faced with a bleak prospect of his own life ending in seven days, Gleeson is solemn yet withheld, acting without the cheap emotional strain and theatrics the gravitas of his role could elicit. The film also stars the actor’s son Domhnall (they even get a minor, but deeply unnerving scene together), and Dylan Moran, so you know that your journey into the gaping depths of the blackest of all depressions will at least be in a good company.

With a tagline “Boy meets girl. Girl unimpressed. Boy starts band”, you know it’s going to be a good ‘un. And you’re not mistaken. A unique coming-of-age musical created by the famous Irish culturist John Carney and starring, among others, Lucy Boynton, Maria Doyle Kennedy, Aidan Gillen and Jack Reynor, Sing Street tells the funnily hapless story of the Dublin-dwelling Lawlor family, whose patriarch suddenly crashes into a full-blown middle life crisis, forcing his youngest son Conor to transfer from his elitist school to a more down-to-earth institution frequented by, ew, commoners set in their lowly commoner ways. Said tagline betrays what happens next. The film is atmospheric and lively, full of good laughs and groovy tunes; finally a Sundance debutee that manages to unite the eccentricity of indie cinema with a please-all, in the best sense of the word, movie theater flick.